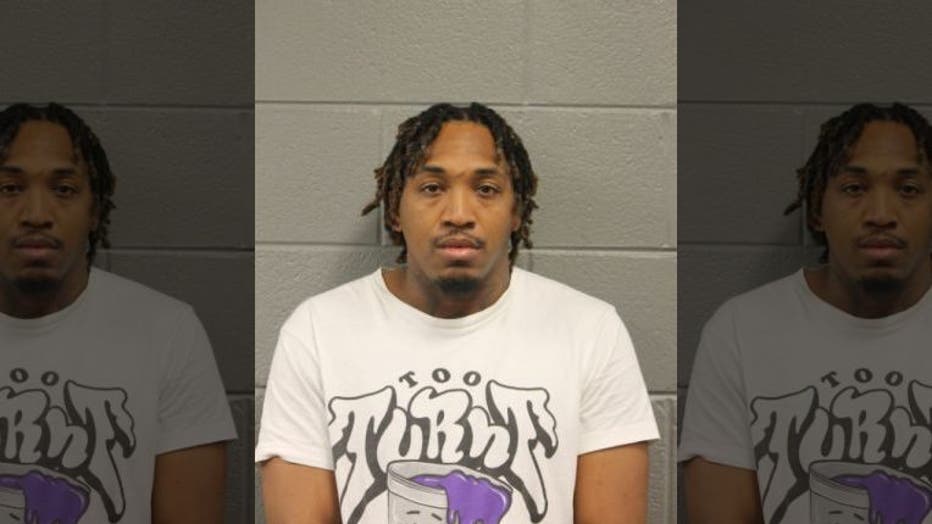 
CHICAGO -- First-degree murder charges were filed against a suspect in connection with the shooting death of a 7-year-old girl in Chicago on the Fourth of July.

Reginald Merrill, 33, was charged with first-degree murder and aggravated battery in the death of Natalia Wallace, Chicago police Chief of Detectives Brendan Deenihan said at a news conference Monday.

Natalia was struck by a stray bullet while she was playing outside at a family Fourth of July party about 7 p.m. in the 100 block of North Latrobe Avenue, Chicago police said. Three men got out of a white car and shot more than 20 rounds in the direction of the people holding the party.

Detectives identified the vehicle through video, tracked it through the district, obtained a license plate and arrested Merrill, who was driving the car, hours later in the 1000 block of North Pine Avenue, police said. Investigators believe the shooting may have been in retaliation for an earlier homicide.

Detectives are still looking for three other suspects in the incident, Deenihan said.

“Take some ownership in the decisions you made,” Deenihan said. “Come on in, turn yourselves in and admit that you killed a 7-year-old child.”