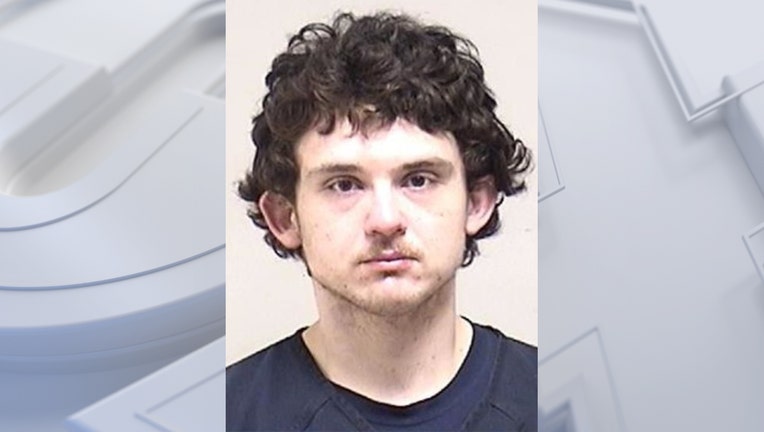 PLEASANT PRAIRIE, Wis. - Joseph Cardinali, 25, has been charged with one count of possession of narcotics after police found him slumped over the steering wheel in the middle of the intersection in Pleasant Prairie.

Police were called to the intersection of 104th Street and 120th Avenue around 8:30 p.m. on Tuesday, March 22 and found the man slumped over in the driver’s seat of the vehicle. The vehicle appeared to be in neutral, a complaint read.

Because the doors were locked, an officer had to break out the passenger side window to gain access to the defendant. Police say that the defendant had a pulse and had constricted pupils, which lead to an officer administering a dose of Narcan.

The defendant was then taken from the vehicle to the ground and after a short time, Cardinali became conscious and combative, a complaint said. Police asked the defendant what drug he took, and the defendant stated he thought it may have been fentanyl and that he had snorted the drug.

The defendant stated that the drugs were in an orange bag in the vehicle.

According to a complaint, a search of the vehicle was conducted and police found an orange bag with multiple prescription bottles. One of those bottles contained roughly 20 blue pills with M 30 on them, which were suspected Oxycodone Hydrochloride.

An officer took the pills to Walgreens and had a pharmacist look at the pills. They stated that the pills are similar to Oxycodone pills but that these pills are deeper blue, are slightly larger and have slightly different detail on the pill itself. The pharmacist stated that these may be fake Oxycodone pills made from a mixture of Oxycodone and Fentanyl. An officer field-tested a portion of a pill from the bottle and it returned a positive result for both Fentanyl and Oxycodone.

Cardinali is due back in court April 5 for his preliminary hearing.