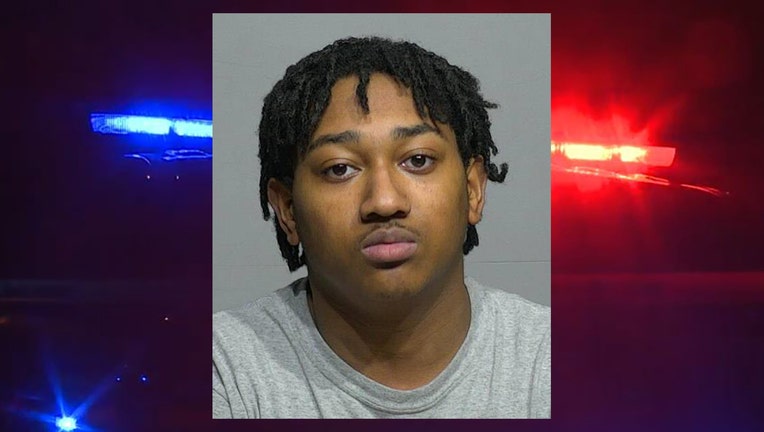 MILWAUKEE - An 18-year-old Milwaukee man has been charged in a shooting that happened at a north side Walmart parking lot Sunday, March 6. The accused in Anthony Erby.

Erby is charged with the following:

According to a criminal complaint, police spoke with a 23-year-old shooting victim at Froedtert Hospital who suffered a single gunshot wound to the head. The victim stated he was a passenger in a Ford Taurus that had made a stop at the Walmart near 63rd and Brown Deer for a Facebook Marketplace exchange.

According to the victim, the driver of the car – a 23-year-old man – was talking to an "Anthony T. Erby" on Marketplace about purchasing an XBox from him.

When Erby and the two in the car met in the parking lot of Walmart later that afternoon, the driver of the Taurus took the XBox without paying Erby and drove off, a complaint said. That's when Erby allegedly fired the gun. The rear car window was shattered and there was a bullet hole in the lower tailgate.

The victim said he didn't know the driver was going to scam someone out of an XBox and wouldn't have gone with him if he knew because he is on GPS monitoring. The victim said the driver thought he was dead, but told him not to say anything about the deal at Walmart if asked.

Walmart video surveillance shows the Ford Taurus pulling up next to a silver Honda Accord – later determined to be the suspect vehicle. The license plate of the Accord was identifiable in the video. The video further shows that after a brief interaction, Taurus pulls off and the man – later identified as Erby – stands in the front driver’s doorway, with a hand raised and appears to hold a handgun, firing towards the Taurus. The handgun can be seen recoiling on the surveillance video. The defendant then gets back into the Honda and drives off.

Erby was arrested on March 13 while seated in the driver's seat of the same silver Honda Accord with the same license plate seen on surveillance.

On March 14, during a photo lineup, Erby was identified by the Taurus's driver.

Erby made his initial appearance in Milwaukee County court on Thursday, March 17. Cash bond was set at $5,000 – and Erby is due back in court for a preliminary hearing on March 28.

A Milwaukee man was charged Friday with allegedly trying to rob a currency exchange on 25th and Wisconsin earlier this week, claiming he had an explosive around his neck.