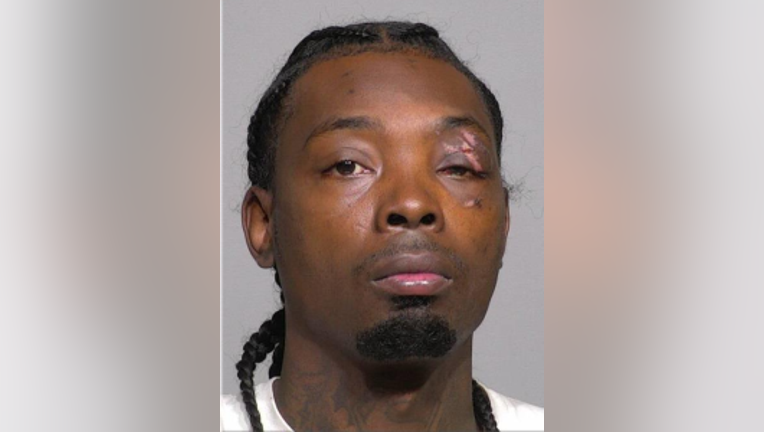 MILWAUKEE -- James E. Curry has been charged in the May 12 hit-and-run near Sherman Boulevard and W. Congress Avenue that left a 58-year-old woman dead, officials say.

The 24-year-old is charged with one count of second-degree reckless homicide and one count of hit-and-run resulting in death, according to a complaint.

Officials say Curry was driving a blue Kia south on Sherman Boulevard at a high rate of speed when he hit a northbound vehicle attempting to make a left turn. The struck vehicle was forced down an embankment and flipped over trapping the passenger, a 58-year-old woman. The driver of the vehicle was able to remove himself from the car, but the woman was unresponsive and needed to be extricated. She was taken to the hospital in critical condition and died on May 20 from injuries sustained in the crash, according to the complaint.

The Kia was found unoccupied, but a witness said they saw a man remove himself from the vehicle and a small child from the back seat. He concealed his face as he ran away from the scene, according to the complaint.

Officials say the vehicle had three pieces of paperwork addressed to Curry, including an appointment notification from the Department of Corrections. A forensic investigator found a full palm print on the driver's side door handle that matched Curry's records.

Data from the Kia found the vehicle was traveling at 78 mph 2.5 seconds before the crash and brakes were applied, but hit the vehicle at 46 mph. The speed limit on Sherman Boulevard is 30 mph.

Curry was arrested on May 19 and it was observed he had an injury to the area around his left eye. The injury is consistent with the blood found on the driver-side airbag that had been deployed in the crash, according to the complaint.

Curry had previously been charged with attempting to flee an officer in 2018 and was cited for driving too fast for conditions without a valid driver's license in 2016, according to court records.