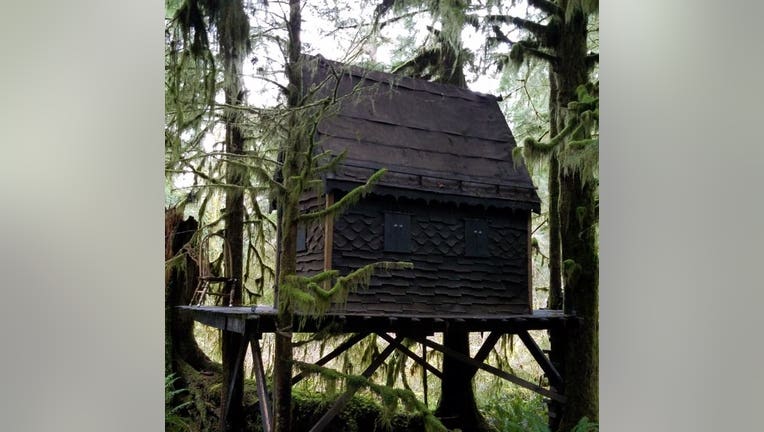 KING COUNTY, Wash. – A Department of Natural Resources worker searching for a long-rumored “gingerbread treehouse” in Washington state's Snoqualmie National Forest found the house – and inside of it a cache of child pornography that led to a man’s arrest.

Daniel M. Wood, 56, is facing child pornography charges in King County Superior Court after an FBI investigation tied him to the treehouse and dug up more child pornography in his Mill Creek home, according to court documents.

According to the Seattle Times, a summons was issued for Wood to appear in court March 26, and he’s been ordered not to have contact with any minors.

According to court documents:

The DNR employee said he’d heard about the treehouse for years, and tried to find it five different times. Finally, in November 2016, he found what he described as “an elaborate treehouse that resembled a fairy or gingerbread house” about eight feet off the ground. It was built illegally on federal land in the Snoqualmie National Forest.

Screwed to the walls inside the treehouse were framed pictures of young naked girls. There was also an envelope with more pictures of naked and scantily clad underage girls who appeared to be as young as 8.

He reported it to the King County Sheriff’s Office and set off an investigation that would eventually involve the FBI.

A search and rescue volunteer who knew the area well told investigators that he had come across he cabin several times, and that he’d seen a Toyota FJ Cruiser parked nearby. He had the license plate number for the Toyota, and investigators tracked that to Wood’s house.

Investigators gathered DNA evidence from a motorcycle parked outside Wood’s house and from a cup they saw him drinking from, and matched that to DNA found inside the treehouse.

Investigators searched Wood's home and found an SD card that “contained thousands of images of child erotica and child pornography,” according to court documents.

Among the images on the card were photos of two young nude girls inside the treehouse, investigators said.

It's not clear if Wood or someone else built the cabin, which was constructed illegally, according to the court documents. 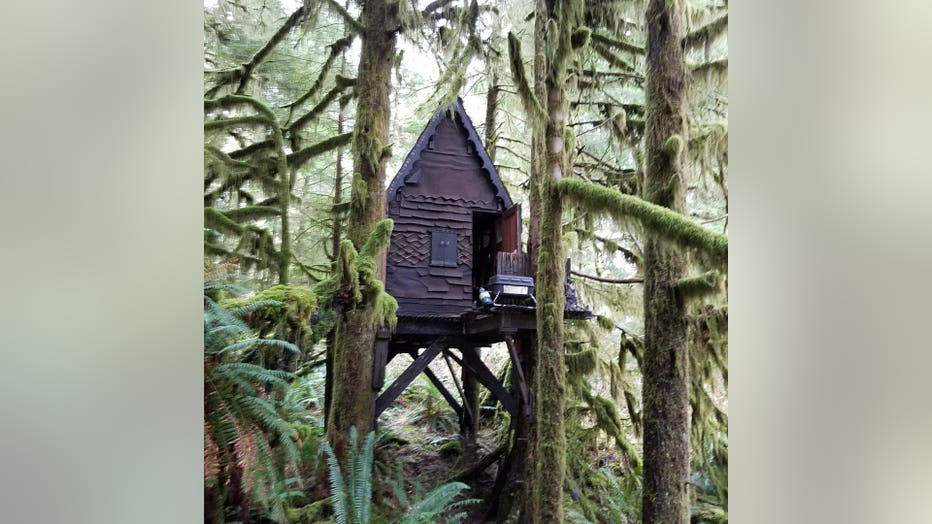 Screwed to the walls inside the treehouse were framed pictures of young naked girls, according to investigators. (FBI)