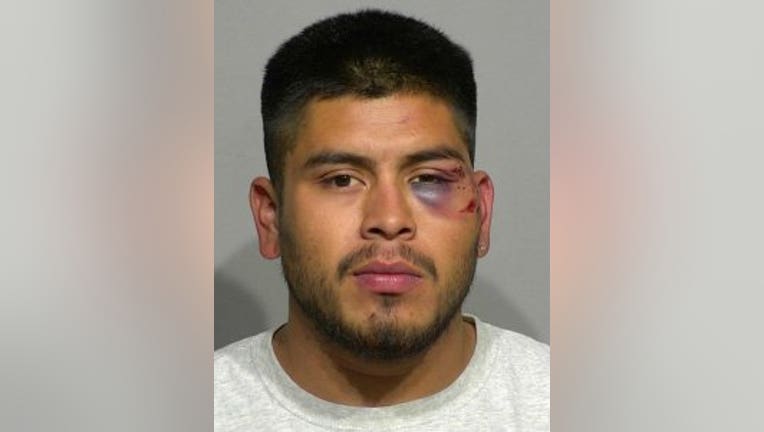 MILWAUKEE -- Javier Hernandez-Reyes, 23, of Sheboygan Falls has been charged with second-degree recklessly endangering safety -- accused of driving the wrong way on eastbound I-94 in Milwaukee County.

According to the criminal complaint, a Milwaukee County Sheriff's Deputy on Oct. 11 was dispatched to the report of a wrong-way driver on eastbound I-94 at N. 35th Street around 3:15 a.m.

Upon arrival, the deputy observed a silver Honda pickup truck facing westbound in the eastbound lanes of I-94 with substantial front-end damage. The passenger was complaining of chest pain.

The deputy also observed an off-duty Milwaukee police officer placing handcuffs on the driver of the Honda pickup, later identified as Hernandez-Reyes.

The complaint indicates the off-duty officer had completed his work shift and was traveling westbound on I-94 when he observed a silver pickup truck traveling the wrong way. He stated that he observed a gray Camry heading in the correct direction swerve to avoid the pickup, but was unable to avoid a collision.

There were two occupants in the gray Camry. Both refused transport to Froedtert Hospital for treatment.