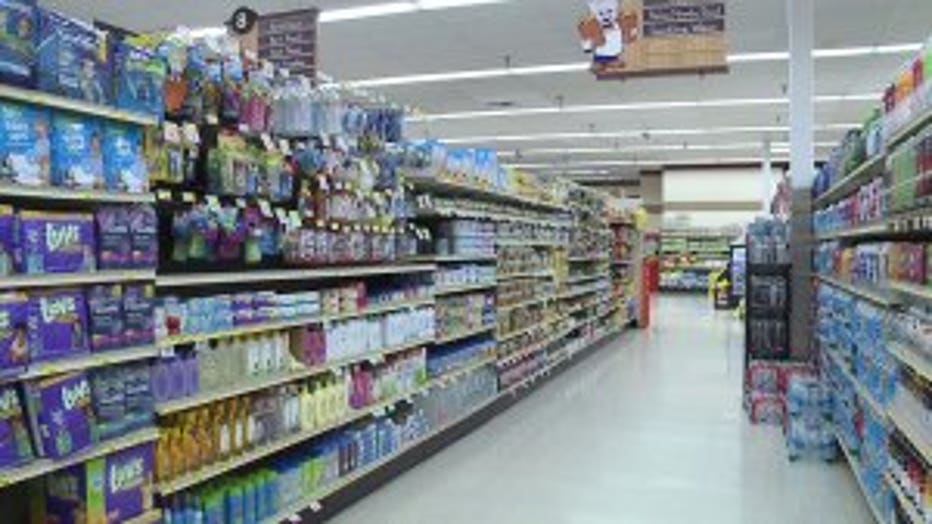 DODGE COUNTY -- Caught on camera, a man is seen stealing hundreds of dollars worth of baby formula from a grocery store shelf at the Piggly Wiggly located in Mayville.

The Piggly Wiggly grocery store is filled with familiar faces from town, but Saturday morning, May 20th in aisle nine there was a new face that store manager, Curt Schmidt, says was up to no good. 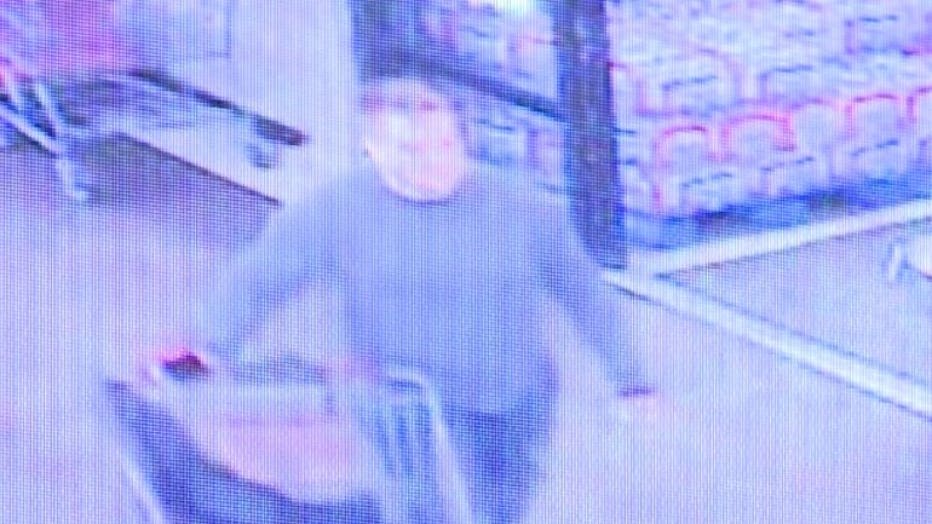 Surveillance shows a man take every baby formula from the shelve, fill his cart and moments later he casually walks out of the doors without paying for the $579 worth of formula. 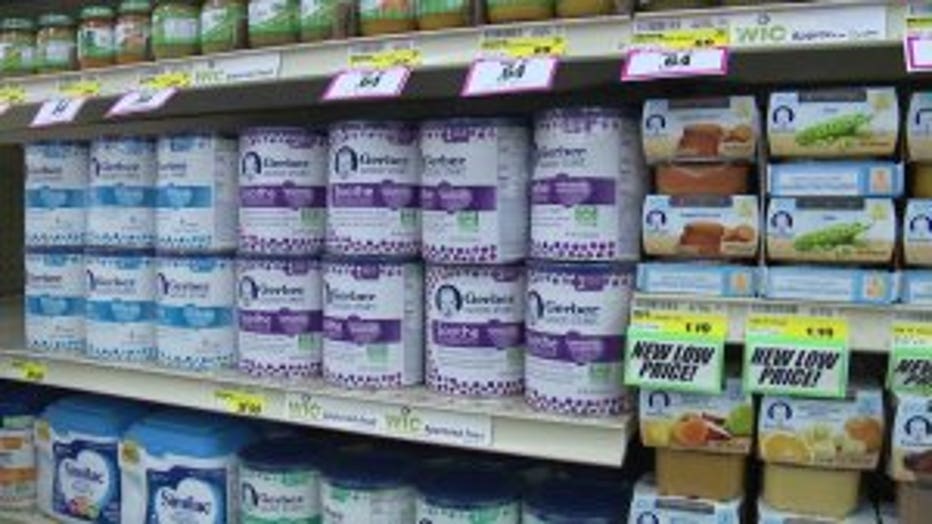 Schmidt and the store owner are seen on surveillance running after the thief.

"He left the shopping cart there and then he took off," said Schmidt. 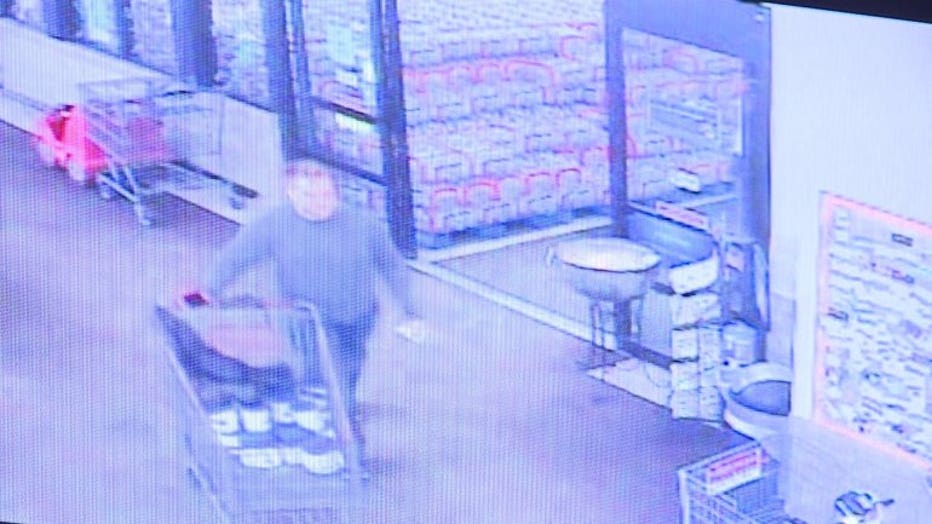 They get close to catching up in the parking lot but the man hopped into a car driven by another man and took off. At that point, adrenaline kicked in. Schmidt jumped in a customer's car and they drove after the guys in the car and called police. 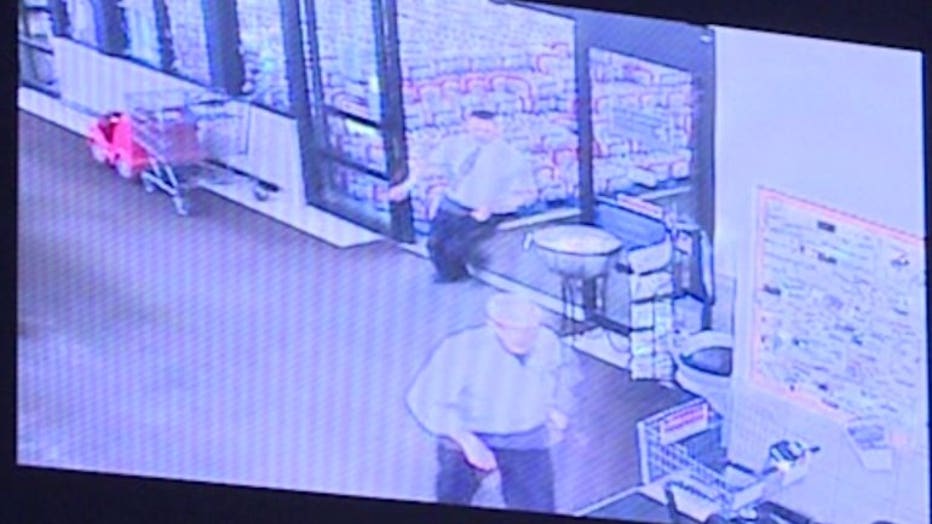 "They were going at least 100 miles-an-hour," Schmidt said. 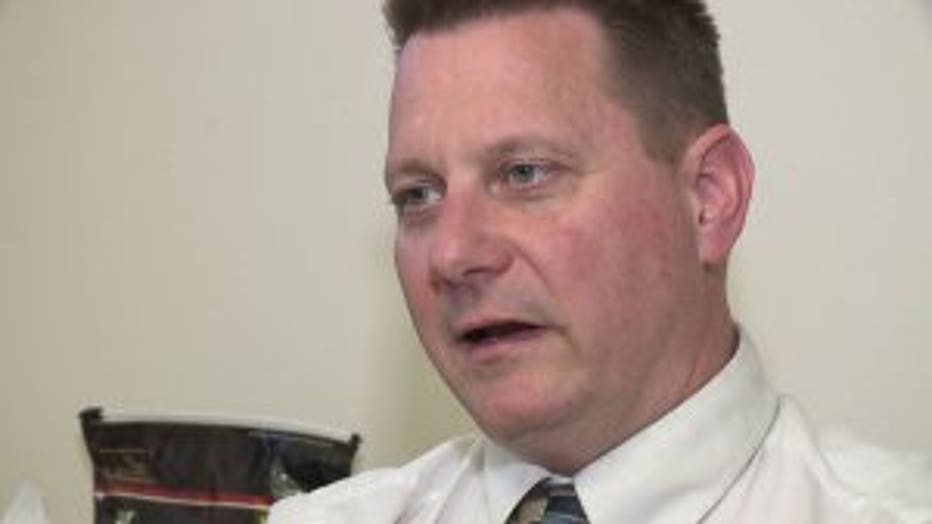 The two suspects were able to get away.

"It's hard to make a profit enough already, then all of a sudden you got someone like that, that's actually stealing from you," Schmidt said.

Schmidt says the thefts have become more common as heroin use is on the rise. The thieves are either reselling the formula or dealers are using it to cut drugs.

"It's definitely a change and it's happening everywhere and it's uncomfortable," said Schmidt. 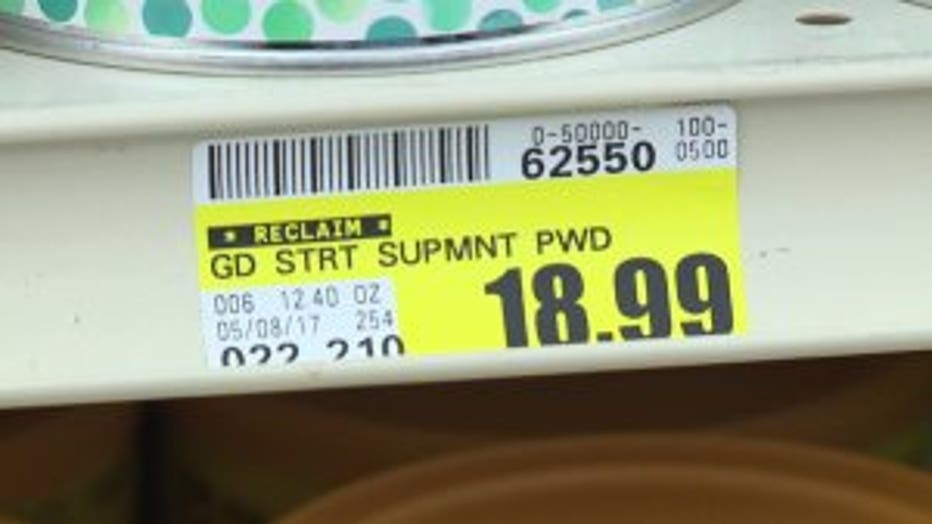 Schmidt hopes the thieves are caught so this doesn't happen again.

"I just wish I had a chance to get him and also his accomplice," Schmidt said.

The manager says the men were driving a dark gray Pontiac Grand Prix. They are asking anyone with information to contact police.