BRIDGEND, South Wales -- Salesman Paul Vaughan, 65, lost his job during lockdown and wanted to find a new way to relax and keep him occupied in his garden.

He decided to build his very own budget hot tub using an old, pre-formed pond base he had dug out from his garden. 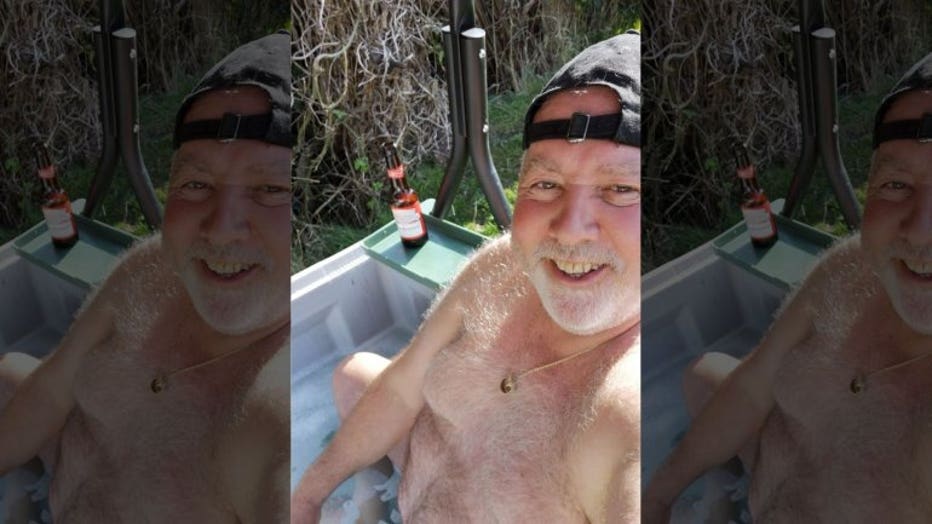 Salesman Paul Vaughan, 65, lost his job during lockdown and wanted to find a new way to relax and keep him occupied in his garden. (SWNS)

And just for a laugh, Paul added an outboard motor -- to create swirling jacuzzi bubbles.

Single Paul has been relaxing in the homemade hot tub in the garden in Bridgend, south Wales, every day since he built it on April 9.

Paul, who worked in direct sales before he lost his job, said: "I originally used the material as a fish pond years ago.I kept it with the intention of once again having a fish pond." 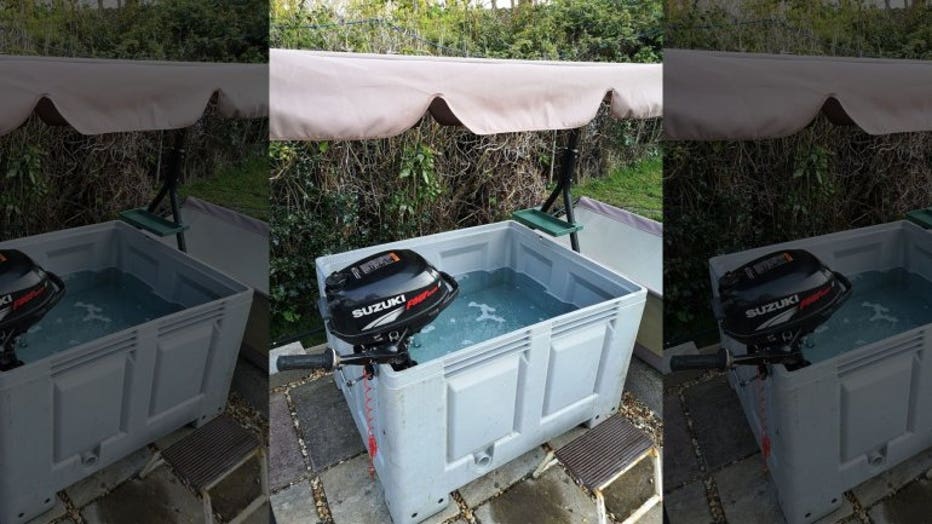 The water is cleaned using the old fish pond filtration system, which he runs through 66-feet of hose pipe sitting on his concrete path, to heat the water. (SWNS)

"But with the fabulous weather, and not much to do at the moment after I lost my previous job as a result of COVID, I decided to make a hot tub. I use an outboard motor to create the bubbles, but I just put that on there for just a little bit of a joke, as a 'hillbilly style hot tub.' Of course for safety reasons I wouldn't be in it at the same time as the prop was spinning. It took me a couple of days to get the hot tub sorted, but that was because originally the water was too cold to get into!" said Paul.

Paul's creation took just half-a-day to build and he said he is pretty pleased with his efforts.

The empty pond was being used as a log stand before he got to work on the hot tub.

He added: "It is not very efficient, but slowly, very slowly, it does the job."