Three people, including Best Western employees, were charged in connection to the shooting at Mall of America last week. Story: https://www.fox9.com/news/mall-of-america-shooting-charges-filed-against-3-people

BLOOMINGTON, Minn. (FOX 9) - Three people, including Best Western employees, were charged Monday in connection to the shooting at Mall of America on Thursday, Aug. 4. The shooter remains at large and has not been formally charged.

They're accused of helping the shooter and another man evade arrest.

The three people charged are:

Mall of America shooting: Shooter still on the run as 3 others charged

Three people, including Best Western employees, were charged Monday in connection to the shooting at Mall of America on Thursday, Aug. 4. The shooter remains at large and has not been formally charged. They're accused of helping the shooter and another man evade arrest.

Police working at Mall of America responded to multiple gunshots at the Nike store, where they found three shell casings on the floor inside the entrance. Officers checked surveillance video, which showed a fight breaking out involving six people near the checkout of the store, causing customers to run away.

Then two people involved in the altercation left the store briefly before the suspect returned and fired a handgun several times at the males involved in the fight. The suspected shooter, identified Monday as 21-year-old Shamar Lark, and another man, identified as 23-year-old Rashad May, then ran out the north doors of the mall, into the IKEA parking lot, charges said.

It was later learned the two men may have been picked up by a Best Western hotel shuttle at IKEA and were taken to the hotel, just south of Mall of America.

Denesh Raghubir told police he knew the two men were friends of Selena Raghubir, and when he dropped them off at Best Western, Selena Raghubir immediately left the front desk and he didn't see her for about 45 minutes, charges said. He said Selena Raghubir later called him and asked him what time police left.

On Aug. 5, officers searched Arnold and Selena Raghubir's home and vehicle, where they found the shirts the men were wearing at the time of the shooting, charges said. 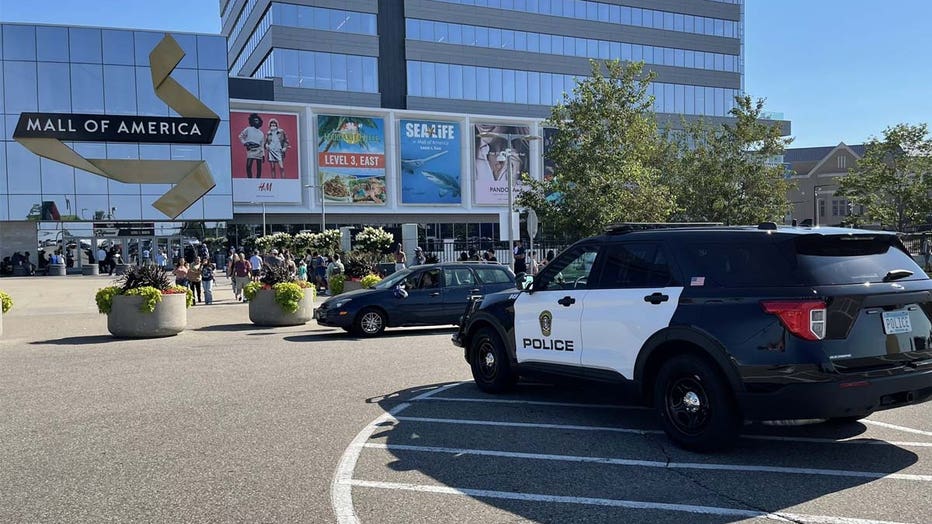 Security confirms Mall of America is on lockdown. Bloomington police officers are on scene. Several witnesses told FOX 9 they heard shots fired and then saw people frantically running through the mall.

The complaint says, "The assistance provided by Selena Raghubir, Denesh Raghubir and Arnold and the misinformation provided to police resulted in the flight of [the two men] and the interference in the investigation of the shooting at the Mall of America."

The three people charged are in custody and are scheduled to make their first court appearance at 1:30 p.m. on Tuesday. The two people they're accused of helping after the shooting remain at-large. 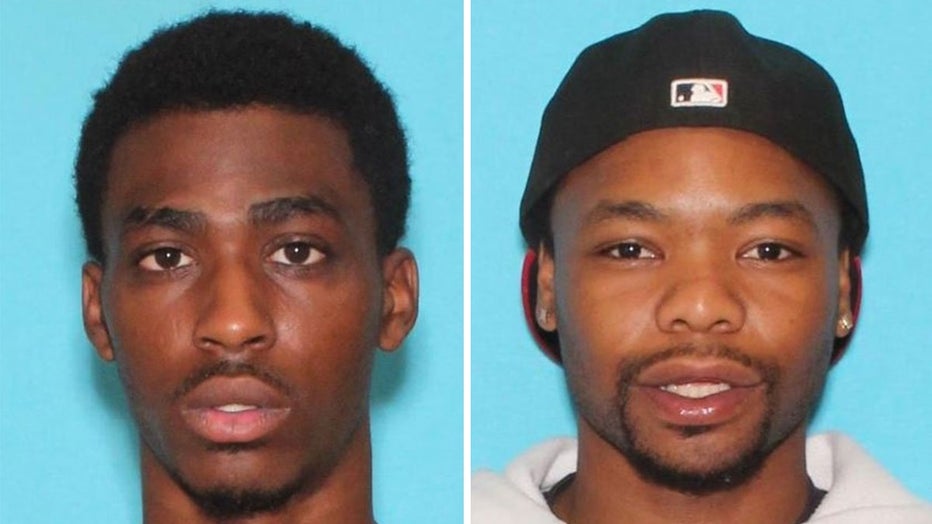 Shamar Lark (left) and Rashad May (right) are wanted after Thursday's shooting at the Mall of America.

Search for the suspects

During a Monday afternoon news conference, Bloomington Police Chief Booker Hodges released photos showing Lark and May. Hodges says May "prompted" Lark to shoot up the store – which Lark followed through on.

Thankfully, no one was hurt by the gunfire but the shooting created a panic with people rushing out of the mall while police with rifles swept the stores, looking for the shooters and victims.

Police are asking members of the public for help finding Lark and May. A nationwide warrant has been issued for their arrests.

"You cannot, in a free society, continue to enjoy all the freedoms that we have and when you show a complete lack of respect for humanity by firing in a crowded mall store," said Chief Hodges. "We cannot tolerate that as a society."

Chief Hodges also warned anyone else who might be helping the suspects that they will arrest any other individuals who aid the wanted men.