Officials say the 18 advanced jets would be flown by the Air National Guard's 115th Fighter Wing and replace all of the old F-16 fighters currently based at Truax Field. The planes would arrive in 2022.

Madison beat out other locations considered by the Defense Department in Idaho, Florida, and Michigan.

The Dane County Regional Airport's selection as a top choice means the military will conduct an in-depth environmental impact study and gather public comment before making a final decision. A base in Alabama is the military's second choice. 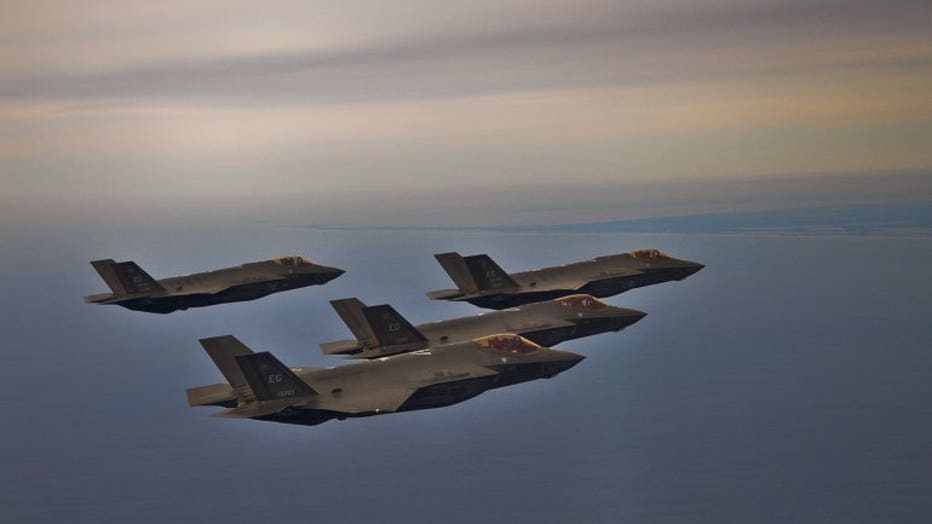 A four-ship of F-35A Lightning IIs returns to Eglin Air Force Base, Florida, after a sortie February 1, 2013. Pilots with the 33rd Fighter Wing began flying the formation for the first time at Eglin AFB.

Madison political and business leaders campaigned to win the F-35s as a way of preserving the economic benefits from the base, which employs 445 people full-time.