Authorities say two Molotov cocktails were thrown into the Wisconsin Family Action executive office in Madison in May.

MADISON, Wis. - The Federal Bureau of Investigation (FBI) Milwaukee Field Office is asking for the public’s help in identifying the individual(s) responsible for an arson at the Wisconsin Family Action executive office, located on International Lane in Madison.

The FBI is offering a reward of up to $25,000 for information leading to the identification, arrest, and conviction of the suspect(s) responsible for this crime.

On May 8, 2022, at approximately 6:00 a.m., the Madison, Wisconsin Police and Fire Departments were dispatched to the Wisconsin Family Action executive office for a fire. Upon arrival, the fire was quickly extinguished, and no injuries were reported. 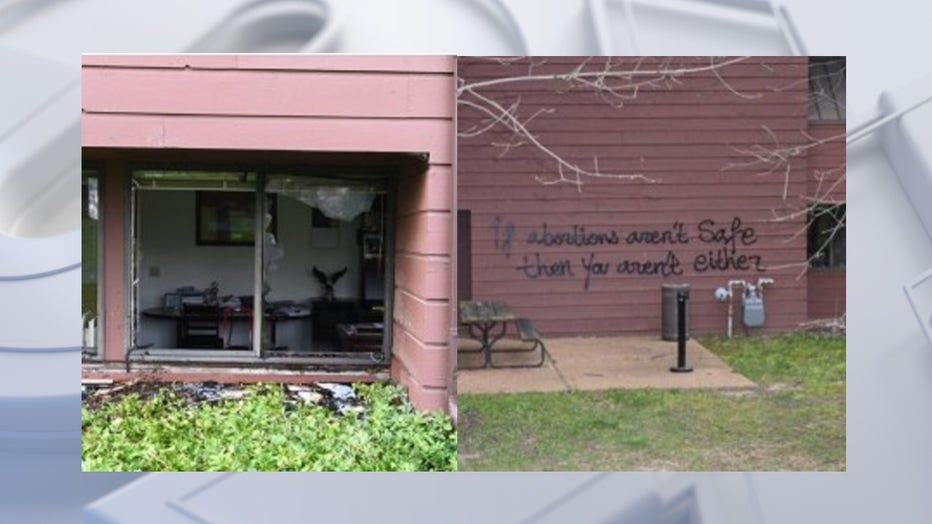 The investigation revealed two Molotov cocktails were thrown into the office. An exterior search of the office building revealed graffiti written on the exterior of the building near a broken window that stated, "If abortions aren't safe then you aren't either."

Additional graffiti was written adjacent to the first that included the anarchist "A" and the numbers "1312."

This case is being investigated by the Madison Police Department, the Bureau of Alcohol, Tobacco, Firearms and Explosives (ATF), and the FBI. If you have any information concerning this case, please contact the FBI's Milwaukee Field Office at (414) 276-4684, or you can submit a tip online at tips.fbi.gov.