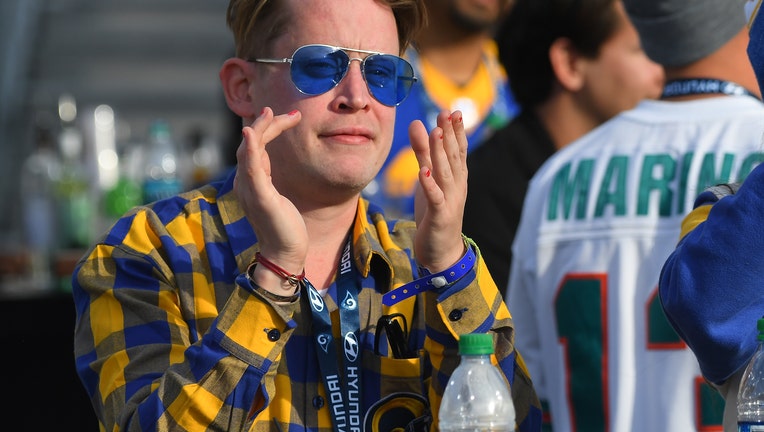 LOS ANGELES - Macaulay Culkin, who rose to fame as a child in the early 1990s after starring in the "Home Alone" series of movies, celebrated his 40th birthday this week.

He began acting from a young age, making his big-screen debut in 1988 drama film, "Rocket Gibraltar," before starring alongside John Candy in "Uncle Buck" the following year.

But it was Culkin's role in the 1990's smash hit Christmas comedy "Home Alone" that thrust him into the limelight, instantly turning him into one of the world's most recognizable Hollywood stars.

In the movie, directed by Chris Columbus, Culkin plays Kevin McCallister – a young boy accidentally left "home alone" when his family goes on a vacation to Paris, who fends off a couple of inept burglars with a series of ingenious and pain-inducing booby traps.

Shot for 18 million dollars (U.S.), the film went on to gross over 475 million at the box office and spawned four movies, with Culkin starring in the direct sequel, "Home Alone 2: Lost in New York."

The early 1990s were Culkin's most productive years and saw him lead films such as "Getting Even with Dad" (1994) and "Richie Rich" (1994), host "Saturday Night Live," and feature in the 1991 music video for Michael Jackson's "Black and White." He took a four-year break from acting between 1994 and 1998, citing his desire for a normal life.

Some of the more intimate details of Culkin's longstanding friendship with Jackson would eventually become public knowledge during Jackson's 2005 trial for child sexual abuse, in which he was accused of molesting a 13-year-old boy in 2003.

Culkin testified that he had slept in the same bed as Jackson but denied he was molested by the star, calling the accusations against the singer "absolutely ridiculous."

A jury later found Jackson not guilty on all charges.

Around this time, Culkin was having legal problems of his own.

In 2004, he was arrested for possession of marijuana and two controlled substances in Oklahoma City.

In 1998, he married actor Rachel Milner, with the couple later divorcing in 2002. He went on to date Mila Kunis from 2002 before they separated in 2010. His current partner is Brenda Song.

In 2020, it was announced that Culkin is set to star in the upcoming tenth season of TV horror anthology series, "American Horror Story."