The new series "Love Off the Grid" follows four couples who test their love. The series premieres Jan. 30 on discovery+.

LOS ANGELES - Could you live off the grid for love?

It’s the premise behind the new discovery+ reality series "Love Off the Grid," which follows four couples who think they have found "the one," as they test their love in the wild.

From the producers of "90 Day Fiancé," the show comes with one caveat: one partner lives completely off the grid — no running water, no electricity and no civilization in sight — while the other partner is accustomed to living with modern amenities. 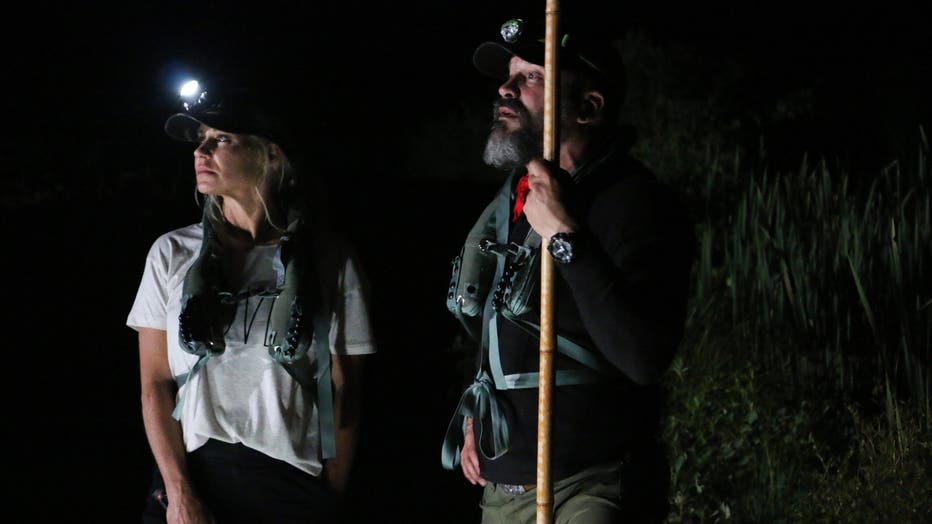 Jen Taylor and Charlie Moore, a couple who test their love on the show, told FOX Television Stations Group the show was similar to going through a "crash counseling course."

"It’s a weird world for me," Jen laughed, adding, "I go to a tiny, one-room — I call it a shack — with nobody else around except for bears and coyotes, and I’m not the best when it comes to critters or bugs or rodents or frogs or anything like that."

While Jen said she enjoys the luxuries of living in the city, like going to the spa and getting drinks with friends, Charlie said he wouldn’t enjoy what city life has to offer.

"I was always raised here in the mountains," said Charlie, who resides in a remote area in North Carolina. "I really love living here on the mountain and I’m not planning on moving anywhere."

But this isn’t the first time the two sparked romance. The couple tested a relationship nearly two decades ago, before breaking up and going their separate ways. 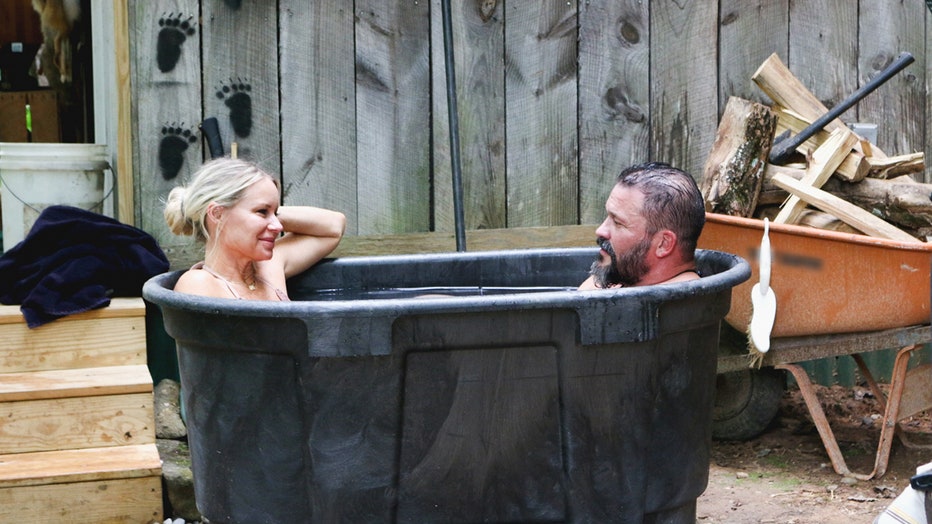 "When I lived in the mountains before, I lived in a regular house," Jen noted. "It wasn’t anything ‘off the grid’ like what I experienced with Charlie [this season], so yeah, it was quite a shock."

The couple revealed to FOX that compromises could ultimately become a factor in making the relationship work.

"That’s our conversation," Jen continued. "Definitely, long term, if I end up loving it completely, then, yeah, I’ll end up needing the bathroom in another room."

Charlie added: "I’ve learned a lot from Jen in reference to space. I’m wide open for creating more space and evolving as an ‘off gridder’ to a more modern rustic style."

Eventually, time will tell if the great outdoors can bring the relationships closer together.

"There’s a lot of surprises," Charlie teased of the new series.

But, even if the couple’s extreme differences in lifestyles bring the couples to their breaking points, Jen and Charlie said it’s important to take the risk for love.

"Go with your instinct and commit to something that might be a little scary, and trust your heart and follow it through until the end and hope you made the right decision," Charlie added.

"Taking a chance is worth it, even if you’re afraid," Jen concluded. "Take your chances, take the risks, trust your heart. That’s it."

‘Love Off the Grid’ premieres Sunday, Jan. 30 on discovery+.

Opposites attract in these rom-coms, streaming (for free!) on Tubi

Miss Congeniality (2000): Rom-com royalty Sandra Bullock stars in this winning action-laced comedy, in which a "frumpy" (but not actually frumpy) FBI agent goes undercover in the beauty pageant world. Bullock is aided by a top-notch cast, including Michael Caine as her reluctant pageant coach, but it’s probably best remembered for "the perfect date," which comes around once a year. You only need a light jacket! Rated PG-13. 110 minutes. Dir: Donald Petrie. Featuring: Sandra Bullock, Michael Caine, Candice Bergen, William Shatner.

About a Boy (2002): Hugh Grant anchors the top-tier cast (including a young Nicholas Hoult of "The Great") of this Weitz Brothers gem, in which the grown-up love story is secondary to the transformative bond between a feckless bachelor and a bullied kid. Rated PG-13.101 minutes. Dir: Chris Weitz, Paul Weitz. Featuring: Hugh Grant, Nicholas Hoult, Toni Collette, Rachel Weisz.