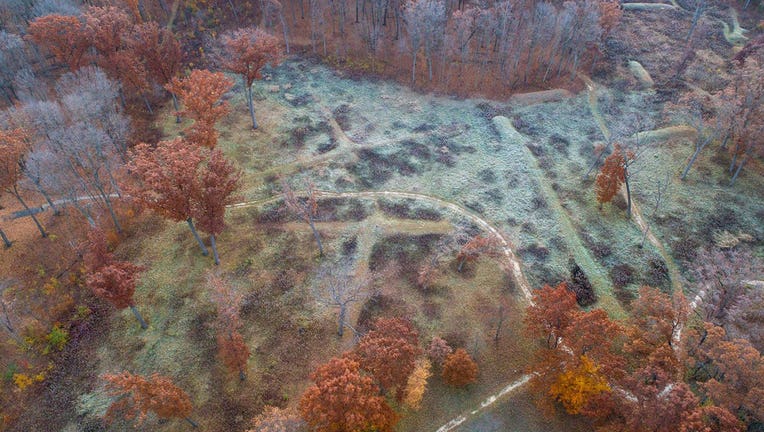 TOWN OF FARMINGTON, Wis. - The Wisconsin Historical Society announced on Wednesday, Dec. 7 the revised listing of Lizard Mound in the Town of Farmington, Washington County, on the State Register of Historic Places.

A news release says the Lizard Mound site is a Native ceremonial center and cemetery that pre-dates the arrival of Europeans and Americans in the area. Lizard Mound is significant in the areas of prehistoric archaeology and religion for its ability to address important questions about the Late Woodland people who likely constructed and used the site, primarily between AD 750 and 1200.

Archaeologist Lynne Goldstein has called Lizard Mound "one of the best preserved and most diverse Effigy Mound groups in Wisconsin." It has one of the largest assemblages of preserved mounds in the region, and is the largest surviving collection of bas-relief, earthen mounds with water and water spirit symbolism on earth.

Lizard Mound was initially listed in the National Register of Historic Places in 1970 under the name Lizard Mound State Park. In April 1996, it was included as one of three mound groups, the largest and most intact of the three, comprising an archaeological district in Washington County. The updated listing affirms that the Lizard Mound site is a premier candidate for the application of future non-intrusive research methods and techniques.