'This is the worst'; employee of gas station where hit-and-run killed child disheartened

A child was killed in a hit-and-run at a gas station in Detroit Wednesday night. The suspect initially carried the child to the building before fleeing. He eventually turned himself in.

DETROIT - A 4-year-old boy was killed Wednesday night in Detroit after police said a man in a pickup truck hit him, pulled him to the gas station, and then drove off from the scene. The suspect later turned himself in.

The boy was killed around 8:30 p.m. on Seven Mile near Hoover Street in the hit-and-run. FOX 2 has obtained surveillance video of the crash near the Sunoco Gas Station.

We can't and will not show the video but in it, you can see the driver of a Chevy Silverado running over the child after the boy ran out in front of his truck. The driver stopped briefly, picked up the boy, and carried him to the gas station before he ultimately left the scene.

"I've had a woman pull up having a baby in a car. I've seen people getting shot, but by far this is the worst," Juan Moore, who works at the gas station where the incident occurred. "I never could fathom that happening."

FOX 2 has learned the boy was with his siblings at the time.

Preliminary information from police said that prior to the hit-and-run, the suspect had gotten into an argument with the boy's siblings over inappropriate music.

After the man left, police released surveillance pictures from the gas station, which is a Green Light location, of the pickup truck and the suspect. A few hours later, the man turned himself in at the 9th precinct.

"I feel for this whole community after today because it's like even though it's not the best place over here, it does take a village to raise a child and we lost a child at 4," Moore said. "It's hard, it's hard. This is one of the harder days I've had in the 9 years working here." 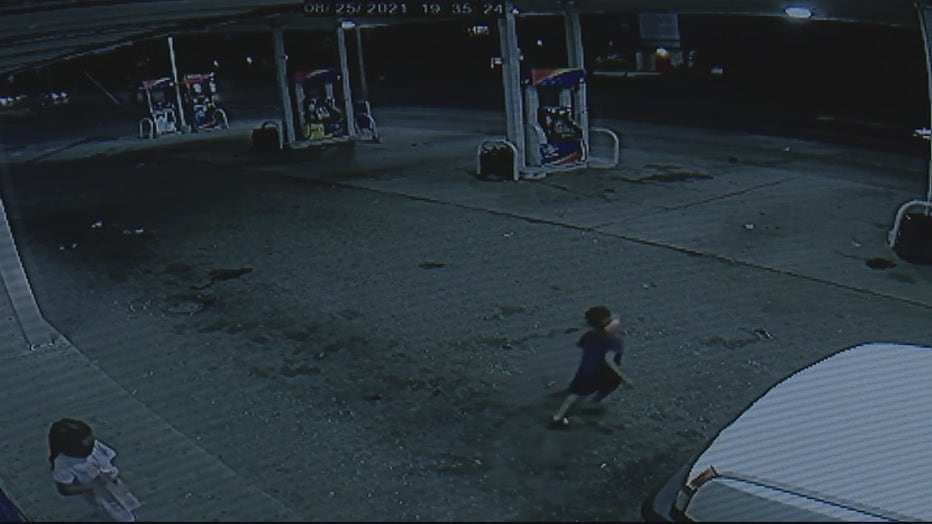 The suspect is in his late 40s or early 50s but has not been identified.

Police from the 9th precinct say he is regretful.