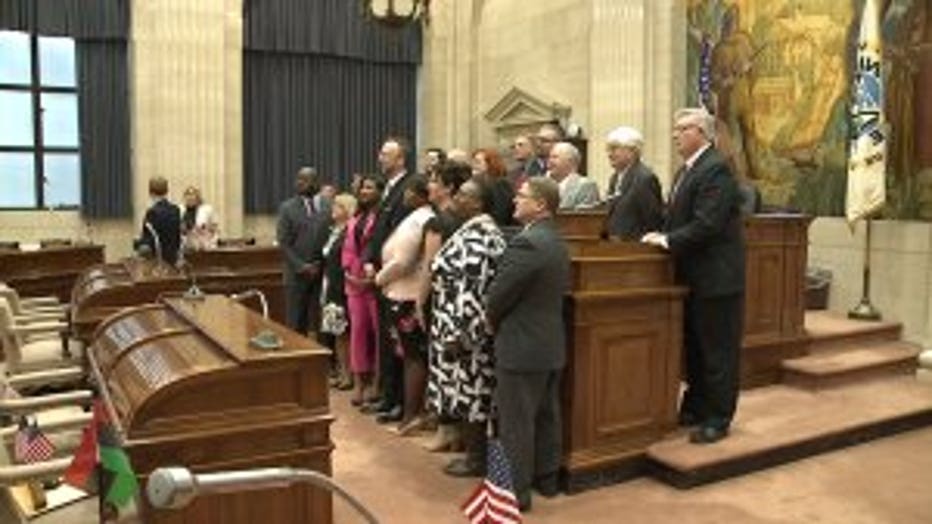 MILWAUKEE -- Milwaukee County Board of Supervisors Chairman Theo Lipscomb withstood a challenge and won re-election to the board's top job on Monday, April 16.

Lipscomb was the only candidate to formally file for the position. He has emerged in recent years as the top adversary to County Executive Chris Abele and narrowly beat an Abele-backed challenger in the April 3 election that saw the second- and third-ranking supervisors defeated.

"I've certainly heard a message about working together, and I do hope that that is what this term can be about," Lipscomb said from the dais after he retained his leadership position.

All 18 county supervisors took their oath of office Monday, with four new faces joining the board. Among them are two people who had never run for office before, Felesia Martin and Steve Shea. 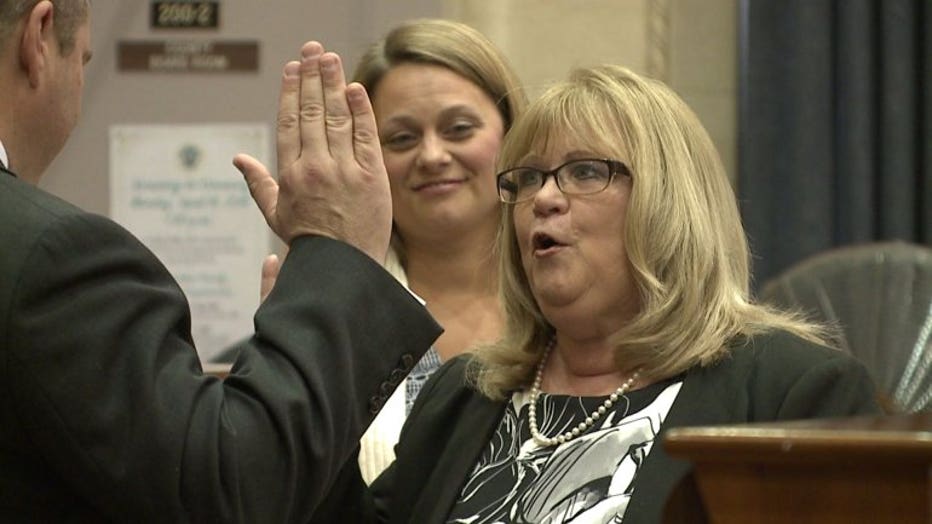 "I thought, why not me? I have the goods. I can do it," Martin said in an interview before the swearing-in. 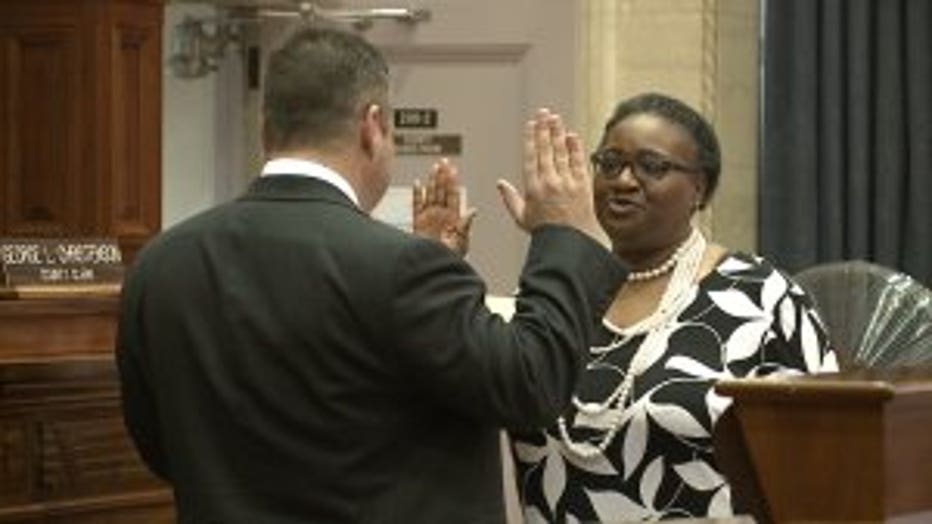 The north side supervisor said the relationship between the board and Abele needs fixing. Martin received money from Abele's group, Leadership MKE, during the campaign, but said she would be a neutral party like Switzerland.

Shea, who represents parts of the South Shore, said his opposition to President Donald Trump got him to run for office. He acknowledged little could be done about the president's policy agenda as a county supervisor. 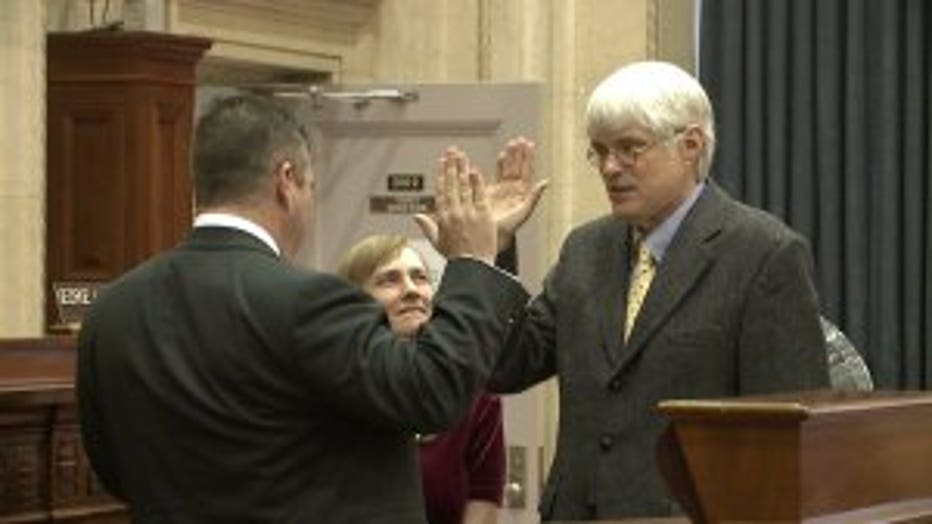 "I don't expect to stop the president," Shea said. "You have to start somewhere, and this is where I'm starting."

Abele, Acting Sheriff Richard Schmidt, and other county officials were in the board room as supervisors and their family members shared hugs and smiles during the ceremony.

Supervisor Willie Johnson, Jr., told FOX6 News he planned to mount a challenge to Lipscomb but couldn't muster enough votes and decided not to run for the post.

Yet supervisors Deanna Alexander and Patti Logsdon abstained from voting for Lipscomb. Alexander said Lipscomb "has neither sought nor won my confidence on the whole." 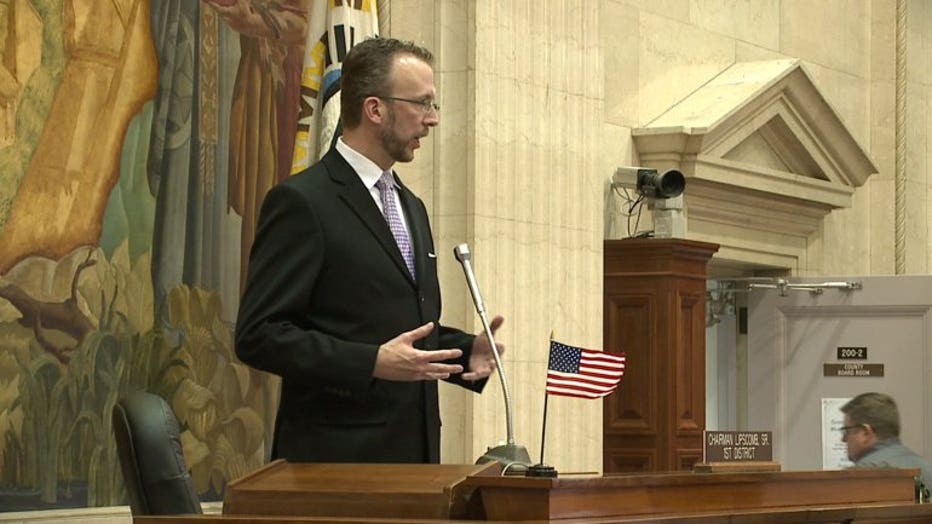 Abele sat in the back of the county board room for the swearing in and most of the leadership election, congratulating supervisors in an email to FOX6 afterward.

"I appreciated Chairman Lipscomb’s call for working together and setting a positive tone," Abele said. "I look forward to working with the County Board for the people of our county."

Abele's spending in the April 3 election helped defeat former supervisors Peggy West and Steve Taylor, who had been the second- and third-ranking county board members.

Supervisor Marcelia Nicholson won a 14-4 vote over Luigi Schmitt for vice-chair, the board's second-ranking position. In a speech, Nicholson said the spotlight ought to be shined on the board's work and less on Abele.

Supervisor Sequanna Taylor won a 16-2 vote over Dan Sebring, one of the few conservatives on the board, for second vice-chair.