CUDAHY -- Officials with the Cudahy Fire Department say lightning struck a tree in the area of Underwood Avenue and Swift Avenue Monday, April 25th as storms pushed through -- and that lightning strike caused some issues for a truck parked in the area.

Fire officials said the lightning strike blew out a tree root, caused concrete debris to strike a nearby truck and flatten it, and activated some of the truck's electrical components.

The lightning strike caused the truck's fan and lights to turn on. 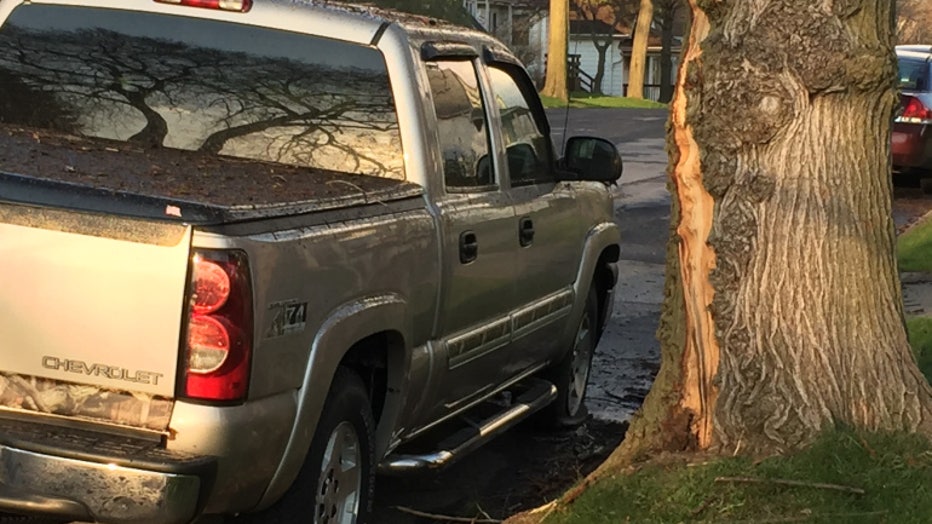 To prevent anything further from happening, Cudahy Fire Department officials pulled the battery out of the truck.

The truck's owner will have to get the truck checked out.

There was no damage to any other buildings or vehicles in the area.