ERIN -- Every U.S. Open has its moment, from a winning putt to a chip-in that results in an impromptu celebration. Every one also has its unique image. Lee Wybranski has been creating that for the past 10 championships.

"I'm thinking about doing the whole thing, rather than a section" Wybranski said. 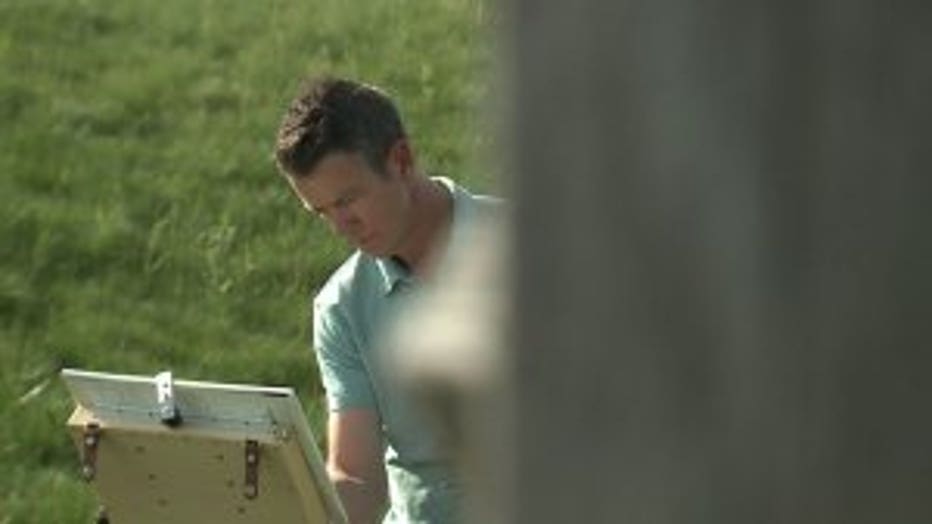 It begins with a vision. The foundation is set as the clean palate and empty canvas await the colors that will create the score. It's an opportunity for Wybranski to cleanse his soul.

"It's a chance for me to go out there and sort of turn the brain off and let the eyes and the hands do what they do," Wybranski said.

The whispering wind passing through the natural grass at Erin Hills Golf Course became the perfect symphony for his subject.

"It's very liberating. It's rejuvenating almost, and it's a chance to sort of recharge the creative batteries. It actually puts a little gas back in the tank for me," Wybranski said. 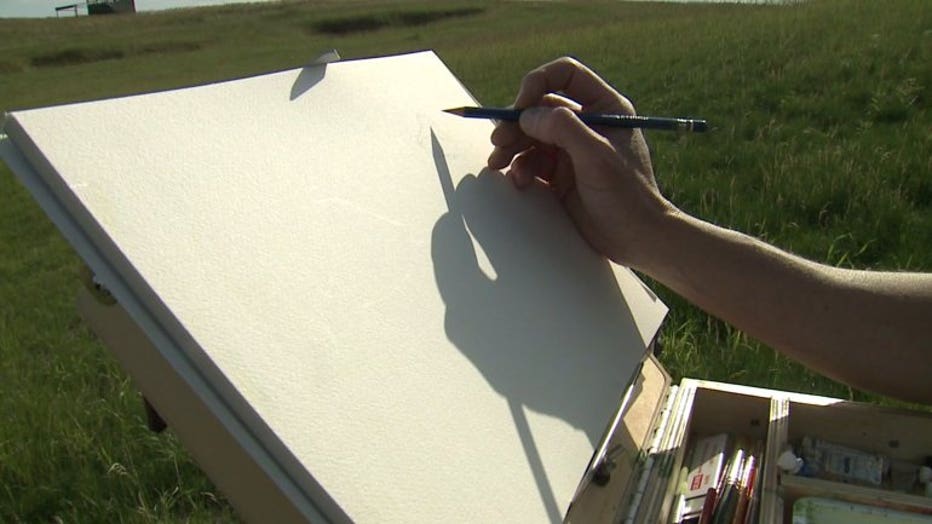 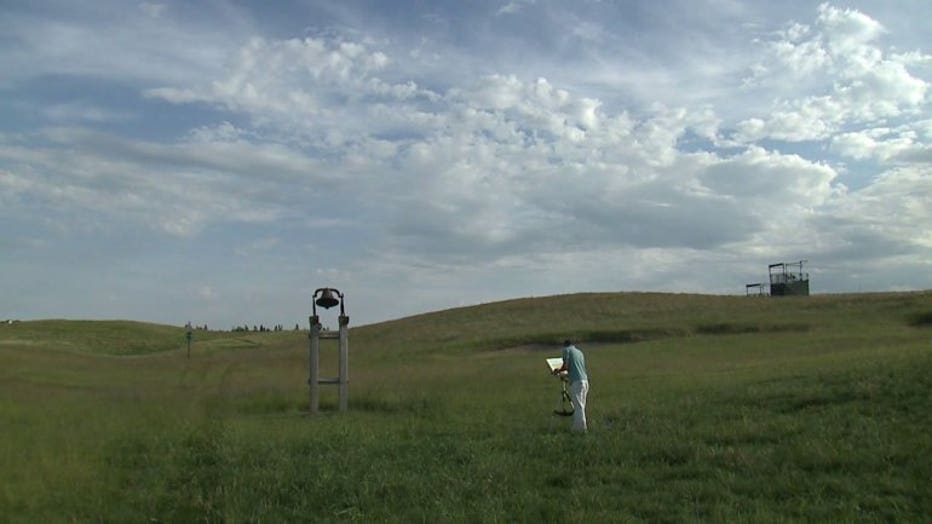 The famed bell on the 7th hole came alive through the first notes from Wybranski's pencil.

The brush and paints are the instruments which joined the chorus of the near silence. The bustling merchandise tent at the 117th U.S. Open is where Wybranski will spend most of his time during the tournament -- signing his work, and discussing the piece. 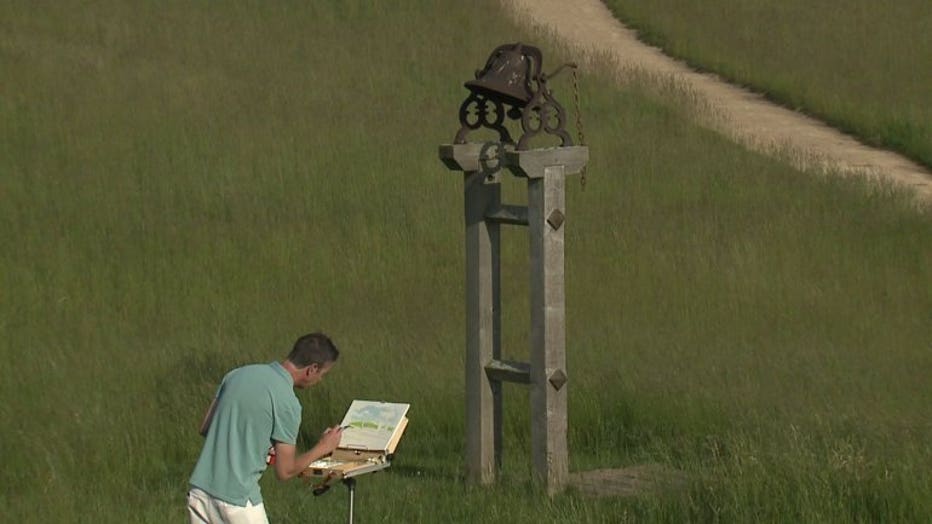 "I'm looking as much as I'm painting. I'm constantly stepping back, looking, trying to find what's missing. So there's a lot of cerebral work to it," Wybranski said.

Wybranski's official poster for the championship, a pastoral view from the course, captures the essence of the venue.

"It was really, fairly a no-brainer to try and find a look that included Holy Hill in the picture. And as it happens, one of the best views of Holy Hill is right down the 18th fairway," Wybranski said. 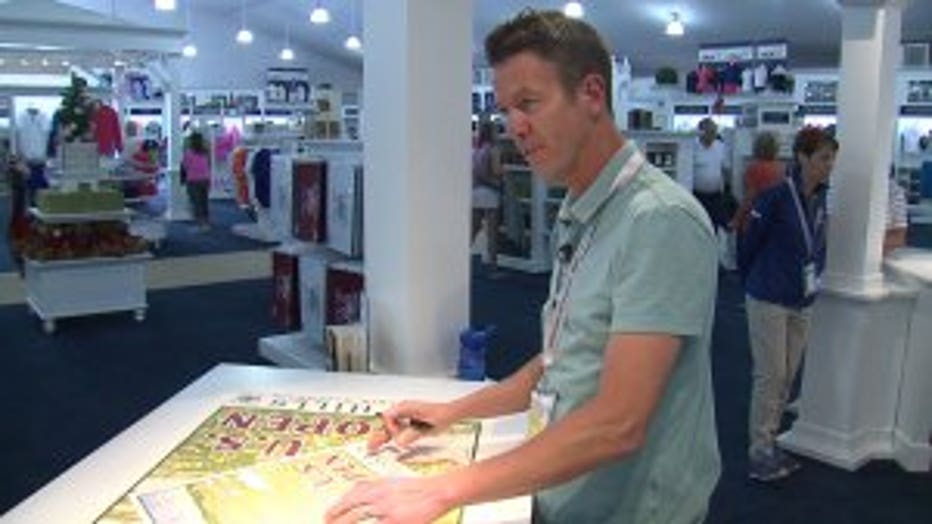 It was in 2008, through a signature torrey pine where Wybranski's and the USGA's vision harmonized, overlooking the Pacific Ocean.

"Every venue has its own personality and getting to know it, I think, is part of my job in doing this work," Wybranski said.

They've found the perfect refrain, as his palate of watercolors creates the iconic images that will become part of each U.S. Open anthem. 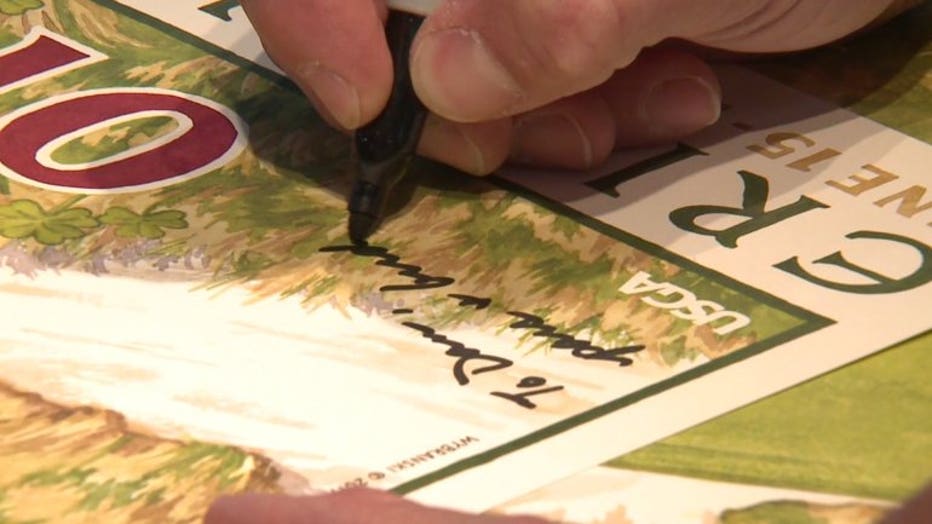 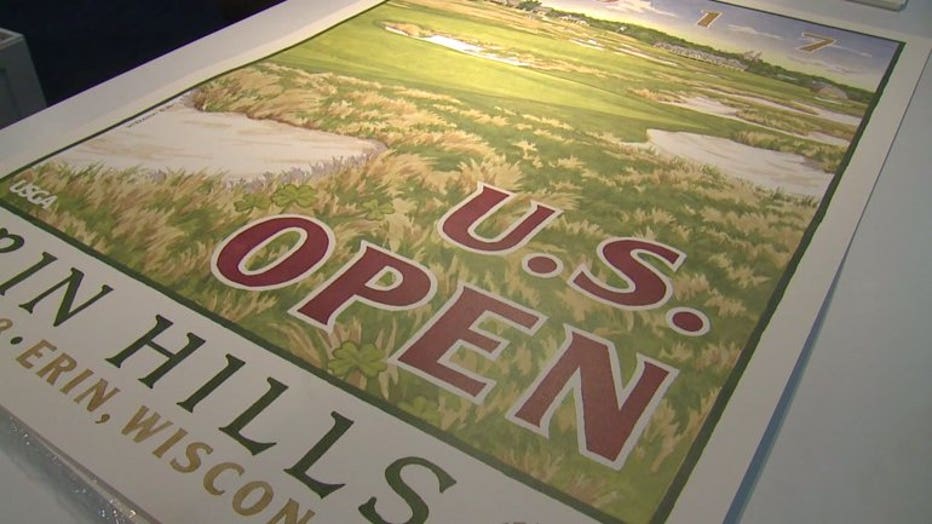 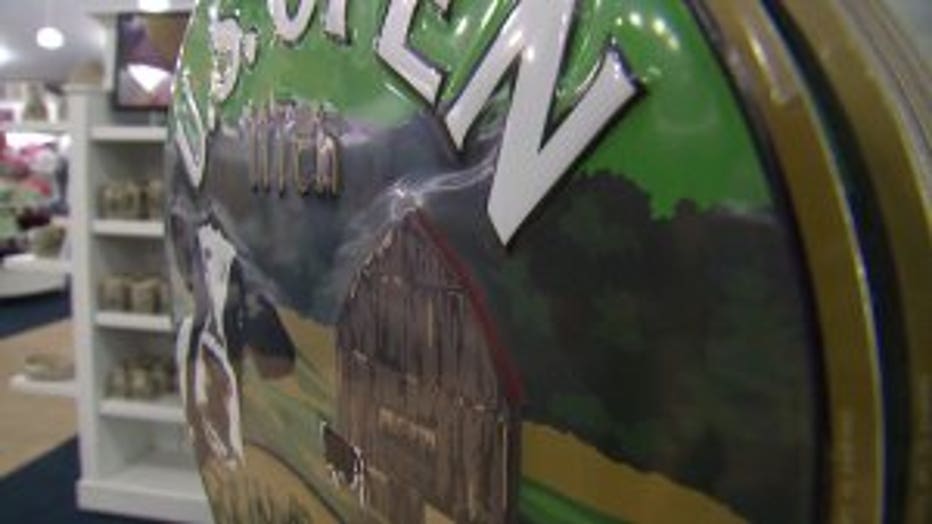 While his posters are the ballad of a particular championship, it's another piece that captures the more light-hearted melody of the week.

"If a golf course or golf club is hosting our national championship, then its place in history is secure.The pub signs, they're a little bit of a chance to get more playful and more whimsical and the cows that we came up with on this year's sign, I thought were just a brilliant stroke of genius. It's a chance to put a smile on people's faces. I just think it's a beautiful place," Wybranski said. 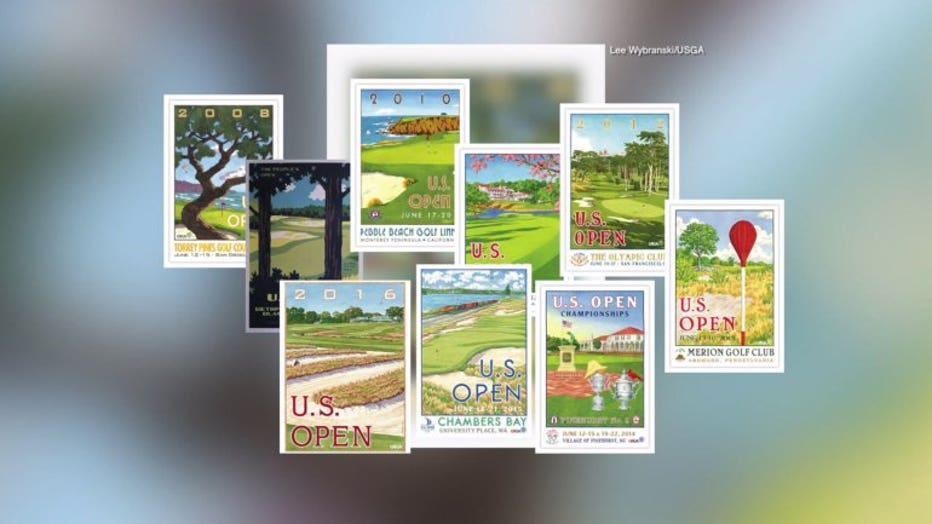 The golf course sings from the heart of Wybranski's works for the U.S. Open, which is why turning a blank canvas into the colorful aria, unique to the moment is ringing the bell within him.

"I always seek to make the scene iconic. I try to capture all the most important elements. It's pretty special and unique," Wybranski said.

Wybranski will be signing his poster and pub sign throughout the week in the merchandise tent at Erin Hills. 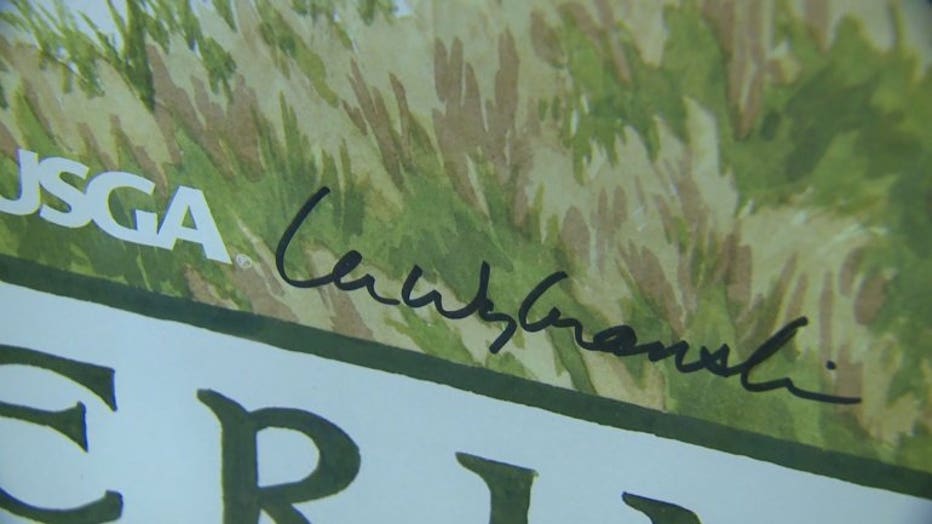