MILWAUKEE (WITI) -- If you helped a killer hide from the cops or stash his murder weapon, that would be a crime right?  Not necessarily.  At least, not in Wisconsin.  Under state law, it's a crime to help or harbor a felon, with one major exception. If you're a close relative, you're exempt.

When Corey Kleser was 15-years-old, he struck a man in the head with a hammer more than 20 times, then stabbed him 30 times with a pair of scissors.  After the crime was complete, another man helped Corey wash his blood-stained clothes - key evidence, destroyed. But there was nothing Milwaukee prosecutor Mark Williams could do about that, because the man who washed away the blood was Charles Kleser - Corey's father.

"I've been prosecuting homicides for 30 years now, and it's really a hole in the statute," says Williams.

That's because Wisconsin's law (Chapter 946.47) that prohibits aiding or harboring felons provides an exception for the felon's closest relatives.

"It's extremely frustrating," Williams says.  "It's not right.  It's not justice."

And it's not just parents who can get away with it, but husbands, wives, grandparents, children, grandchildren, brothers and sisters.

"It simply doesn't comport with common sense," says Adam Gerol, president of the Wisconsin District Attorneys Assocation.  "I mean, why would we exempt the most likely people to aid a felon?"

Gerol says it's been this way for more than 50 years, though he can't explain why.

"I don't know know where the harboring a felon exemption came from, but we can all see today it is nonsensical," Gerol said.

Gerol was an assistant district attorney in Milwaukee in 2009, when 15-year-old Madison Kiefer died of an accidental drug overdose in Whitefish Bay.  22-year-old Matthew Laughrin sold Kiefer the pill.  And when he couldn't wake her up, he panicked.

"Who would be the natural person this kid would call for help?  His dad," Gerol said. 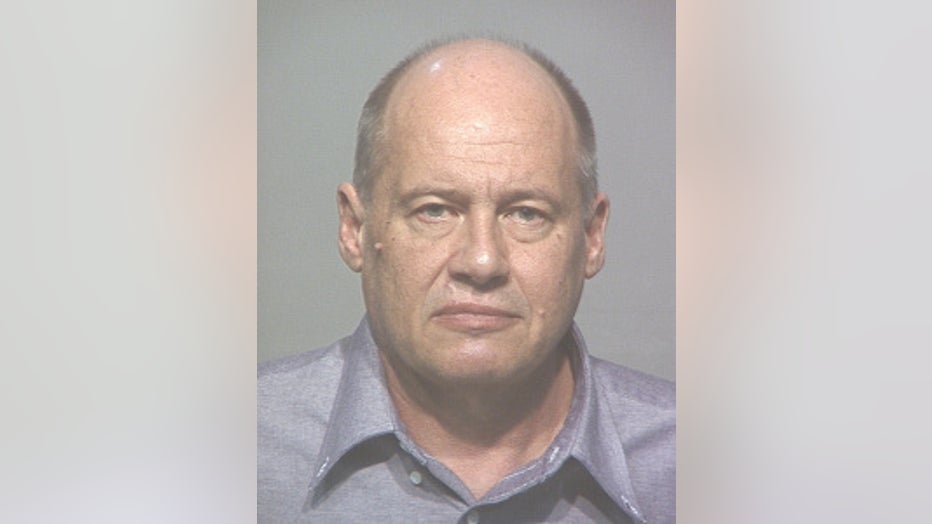 Richard Laughrin was convicted of child neglect, causing death, after helping his son dump the body of a 15-year-old girl in a snow-covered driveway in 2009.

Richard Laughrin helped his son haul Kiefer's lifeless body to a friend's house, where they dumped her in the driveway "like a sack of potatoes," according to a criminal complaint.  They threw her cell phone in the snow, then Richard Laughrin drove away.

"There was a certain moral wrongness about what he did," Gerol says.

What Laughrin did fit the state's definition of "aiding" a felon perfectly, Gerol says, but for the family exemption.  So Gerol had to find another crime to stick him with.  He settled on child neglect, causing death.  It was a charge built on shaky ground, and Gerol says he "won't comment" on how strong his case would have been if Richard Laughrin had gone to trial.  Instead, he pleaded guilty and was sentenced to two years in prison.

"That was a poor outcome," Gerol told a panel of state lawmakers late last year.  "He deserved more time for that behavior."

Now, state lawmakers are closer than ever to changing the law.  A bill that would remove the exception for family members passed the state Assembly on February 13th.  It's now up to the state Senate, where Republican Senator Luther Olsen is sponsoring a companion bill.

"Happens more than we think," Olsen says.  "And if someone can tell me a good reason why we have the law I would like to hear that."

The bill would also increase the penalty for aiding those with the most serious crimes, an idea that's long been championed by a 'little old' grandma from Waupaca.  Shirley George has been to Madison time and time again since her grandson was murdered just outside the Roadhouse bar in Oak Creek.

It was January 2010, and a gang of friends had returned to the bar where a fight had occurred a week earlier.  One of the men pulled a gun and started firing.  Joey George, an innocent bystander, was hit by mistake.

"I was devastated and I just didn't know how I was gonna handle it," George says.

The gunman took off in a car with three of his friends.  They cleaned the gun with Q-tips and rubbing alcohol.  Then one of them hid the gun in a shed and padlocked it shut.  For that, Kevin Ziolkowski was convicted of aiding a felon.  But the punch in the gut for George was the sentence: probation. 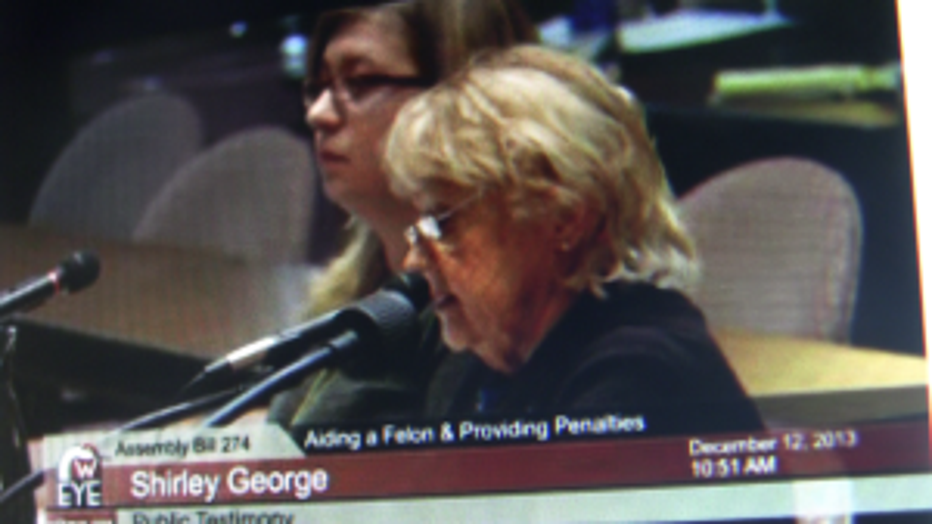 In September 2013, Shirley George testified in front of the state Assembly's Criminal Justice Committee in support of a bill that would toughen the penalty for aiding a felon. In 2000, her grandson was killed by a man who was later helped by three fr

Since then, George has been a tireless advocate for increasing the penalties for aiding a AB274 felon.

"Grandma with a cause," Olsen calls her.  "She is trying to do everything she can to say, 'I don't want other families to go through what we did.'"

Under current law, the maximum penalty is the same whether you're helping a killer or a shoplifter -- 3.5 years in prison.  Actually, it's 1.5 years of confinement and two years of "extended supervision," commonly referred to as parole.

"That's one of the problems with this law.  There's no distinction," Williams says.  "When someone aids in a murder, they certainly should be facing more than 18 months ."

"There's a difference between destroying bloody evidence and not necessarily reporting your child to the police when they come back to your house," said Goyke, a Democrat, during a public hearing on the bill.

Gerol responds that the law would not require parents to report their own child.

"What the statute does prohibit is if the parent does something to further the crime, to harbor the felon, to get rid of the evidence.  Then they are doing something affirmative in order to help the person complete the crime. In other words, to get away with it," Gerol said.

Williams wants the message to be sent loud and clear.

"Before a family member would think about cleaning up a bloody murder scene or hiding a murder weapon, they would know they're going to face substantial time in prison," Williams said.