MILWAUKEE (WITI) -- A Wisconsin lawmaker wants to make sure that parents who share a bed with a baby get tested for alcohol and drugs if the baby dies or is seriously harmed. It's the latest development in a controversial effort to criminalize "co-sleeping while intoxicated."

Over the past three months, the FOX6 Investigators have reviewed the case files of dozens of Milwaukee area babies who died while sharing a sleeping space with an adult. We wanted to know, how often do  alcohol or drugs play a roll in those deaths? What we found shows why it's so hard to hold drunk parents accountable for smothering their babies.

Experts say putting your baby to sleep safely is as simple as knowing your ABC's.

"With no pillows or blankets or other soft objects," says Dr. Geoffrey Swain, medical director at Milwaukee Health Department.

If that is the right way to do it, prosecutors in Kenosha County say Gary Sauceda was doing it the wrong way. The same morning he woke up on top of his 5-month-old son, Joey, investigators in Kenosha asked him to re-create what had happened using a doll. FOX6 obtained a video recording of the demonstration through an open records request. It shows Sauceda laying on his back, holding the doll on his chest, which is the position the child was in when he fell asleep. Later, Sauceda places the doll next to him on the bed, with the child's head under his left armpit. He says that's where Joey ended up at some point in the night.

"I must have been sleeping and just fell over, rolled over," he said.

Milwaukee County Medical Examiner Brian Peterson performed the autopsy for Kenosha County authorities. He ruled the child's cause of death to be "asphyxiation," or smothering. The recording of the doll demonstration would eventually be used to convict Sauceda of child neglect, resulting in Joey's death.

"This is a very tragic area of the law," said Robert Zapf, the Kenosha County District Attorney who made the controversial decision to prosecute Sauceda. "But 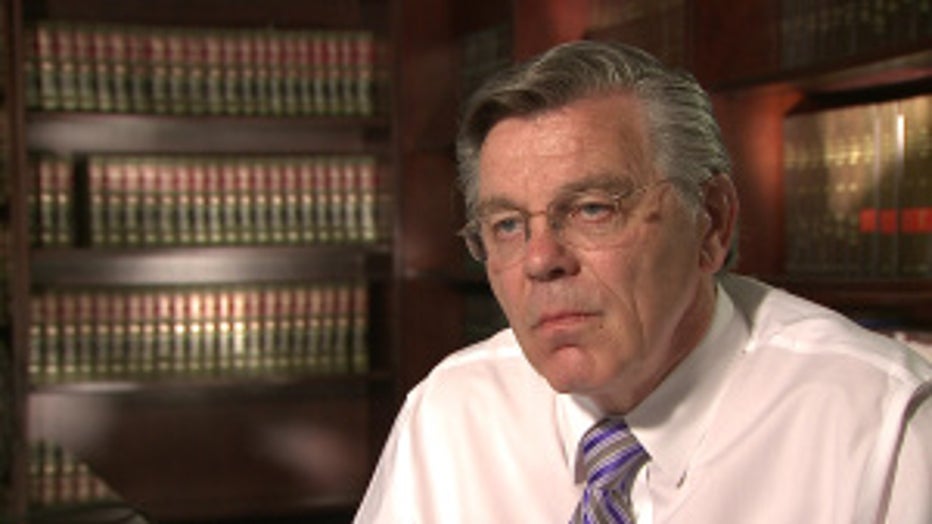 no more, no less if a drunk driver got in the car and killed their child."

What happened in Kenosha is a growing concern across the country, but it's been a hot button issue in Milwaukee for years, where the infant mortality rate rivals that of some third world countries.

"We have to send a message that co-sleeping deaths are the most preventable form of infant mortality in this community," Milwaukee Mayor Tom Barrett said after a co-sleeping death last year.

In Milwaukee County alone, our investigation found at least 89 babies who've died while co-sleeping since 2007.

But if you have been drinking, State Representative Samantha Kerkman says it ought to be a crime.

"I am doing this for the children," Kerkman said. 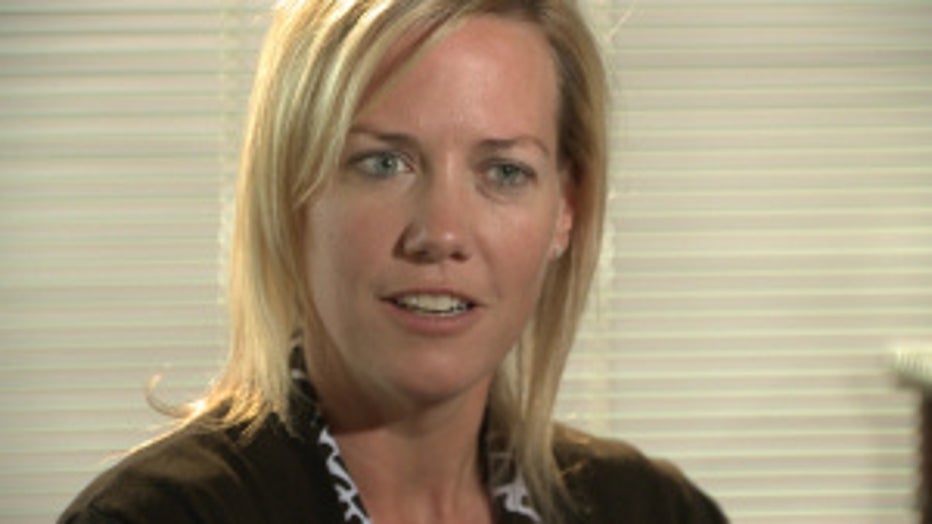 She wants to make it a felony to get drunk or high and sleep with a baby.

"I understand you can be tired and accidents do happen," Kerkman said. "But as I look at these cases -- the ones I am really trying to address with my bill -- people have made poor choices."

It was Zapf who urged Kerkman to write the bill.

"I felt we needed to come up with something that would address the sin, or the harm, or the evil," Zapf explained. "Which was the intoxication. The impairment."

Zapf estimated that Gary Sauceda's blood alcohol level was . 20 when he laid down to sleep with baby joey on his chest. But it took two trials to convict him. The first jury deadlocked over the word "intentionally" in the state's child neglect law. Afterall, who goes to sleep with the intention of smothering a child?

"Most of the arguments that families will raise is that this was accidental," Zapf said. 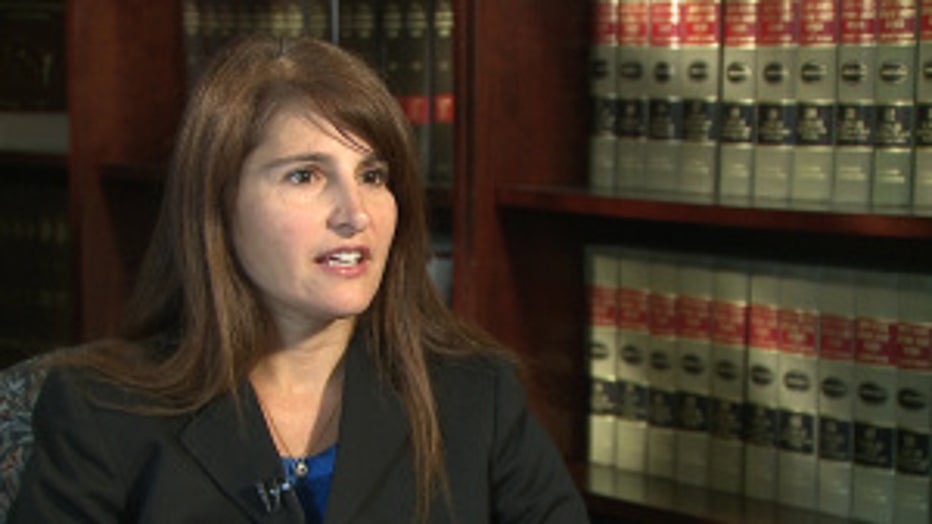 But Angelina Gabriele says getting drunk or stoned and then sleeping with your baby is no accident.

"Alcohol dulls our senses. There's an increased risk when you're under the influence of alcohol or drugs," Gabriele said.

She's an assistant district attorney and a member of Kenosha County's Child Fatality Review Team, which has recommended since at least 2002 that police request a blood sample from any adult involved in a co-sleeping death.

In Milwaukee County, Assistant District Attorney Matt Torbinson says they only request blood in some cases.

"It`s something that we're moving towards making a standard policy when we have evidence of substance abuse or alcohol consumption involved," Torbinson said.

Kerkman says she'd like to expand Kenosha's policy statewide so police are sure to request a blood sample every time.

"I think I am going to address it in the next legislative session," Kerkman said.

Milwaukee County Medical Examiner Brian Peterson is opposed to that idea and he's not shy about saying so. 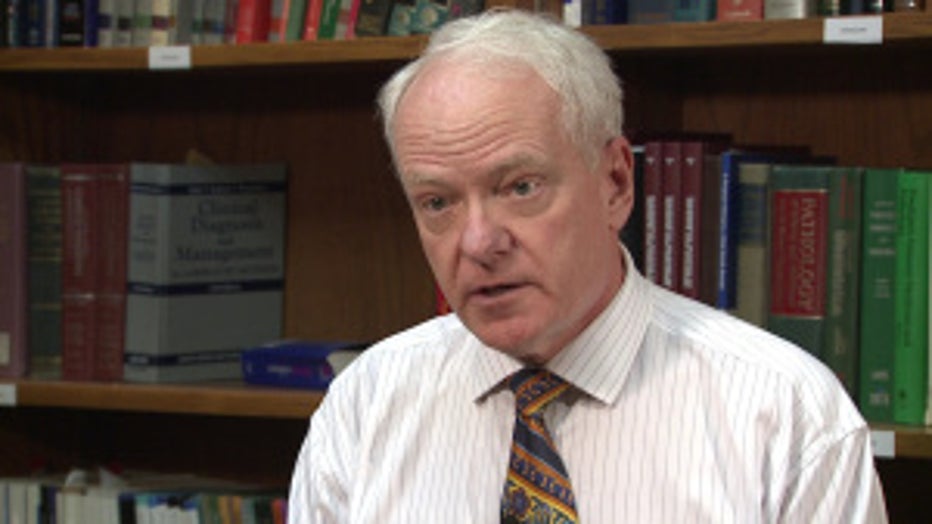 "If I sit here as the medical examiner, and I'm against Joey's law, then I must be in favor of dead babies, right?" Peterson asks. "No! Of course not. Nobody wants to see them die, but until we know why they're dying, we can't fix it."

Most co-sleeping deaths, he says, do not involve alcohol. And they only see about one case a year where a parent ends up laying on the baby.

"Most of the time with these infants, we don't know why they die," Peterson said.

Our investigation found that at least 15 of the 89 co-sleeping deaths since 2007 involved alcohol  or drugs. That's consistent with the health department's claim that it's 1-in-5. But Torbinson acknowledges the real number  is probably higher, since many hours have usually passed between the time when mom or dad and baby go to bed and the eventual call to 911.

"You're asking that person to be open and honest about what they ingested the night before," Torbinson said.

When Shemia Tyra woke up on the couch with her 8-month-old face down, she told police she had just 4 ounces of gin, even though investigators detected a strong oder of intoxicants on her breath.

Police found empty beer cans near the couch where Bernice Walton was sleeping with a 6-month-old that died.

And Monica Sandoval went out drinking until 4 o'clock in the morning before crashing on a mattress with her seven week old baby. She told investigators, "I think I suffocated her." 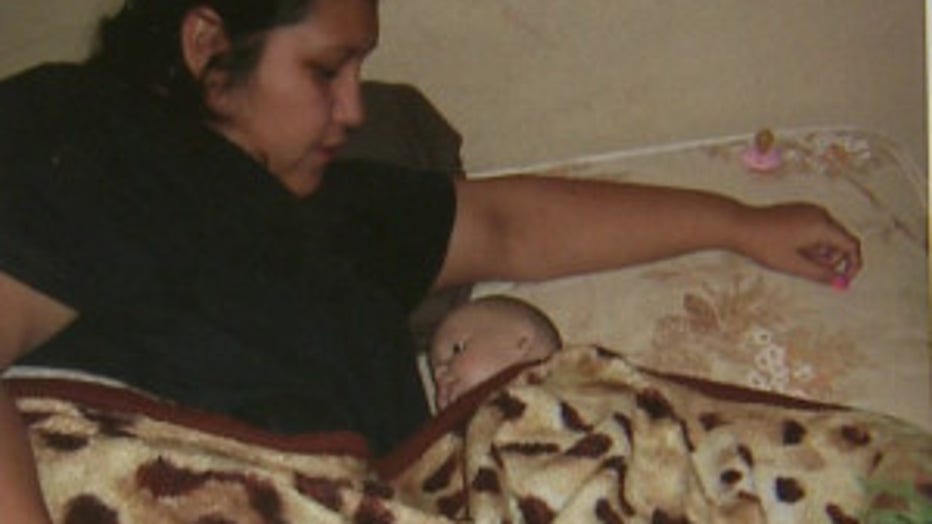 Monica Sandoval re-creates for investigators the way she was sleeping with an infant that died.

"Still to this day, I still feel guilty about it," Sandoval said.

Tyra, Walton and Sandoval all have one thing in common. They were never charged with a crime.

"We need the medical examiner to be able to tell us that what, in fact, caused this child's death was asphyxiation or a smothering event," Torbinson said.

"You might think, well gosh, that should be easy to determine at autopsy, right? Wrong," Peterson said.

Peterson says there are often no special marks or physical signs that a baby suffocated. So the parent's own words can make all the difference. And that, he says, it what happened in the case of 5-month-old Joey Sauceda.

"It came down to Mr. Sauceda's statement at the scene to the baby's mother that 'I woke up on Joey.' In the absence of that statement, I would've been saying this is sudden infant death syndrome," Peterson said.

Dr. Swain worries that the focus on drunken co-sleeping could have a dangerous side effect.

"It makes it seem like it's okay to sleep with your baby in an adult bed if you're not intoxicated, and it is not," he said.

He fears the outrage is more of a moral judgment than a scientific one.

"'This couldn't happen to me. My baby's safe. I'm a good parent. It's these drunk parents that are the bad parents.' But it can happen to anyone and that's the message we're trying to get across," Swain said.

Bob Zapf has a different message.

"We are concerned about our babies and we will take appropriate steps.

Afterall,  the one person who is surely innocent is that little bundle of joy.

"If there's something we can do to prevent babies, our most vulnerable part of society from dying," Gabriele said, "why wouldn't we do that?"

Gary Sauceda says he is eager to tell his side of the story, but wanted to wait until he's no longer on probation. He says he's drained his retirement savings fighting two trials. A memorial to his son Joey hangs on his living room wall where he now lives in Racine.