In March 2020, evidence markers were scattered near N. 21st and W. Wright Street in Milwaukee. All of them leading up to this abandoned white truck. Prosecutors say a shooting sent one man to the hospital and ended the life of a 35-year-old woman.

"He knows he’s wanted, he’s still on the run believed to be in the Milwaukee area," the U.S. Marshal on the case told FOX6. "He is considered armed and dangerous because of the charges."

According to the criminal complaint, several people were riding in a rented white truck to observe a fight playing out on the street. Hale ambushed the truck through the driver’s side. He yelled at the male driver.

"Mr. Hale approached the car, asked them about some money he was owed," the U.S. Marshal explained. 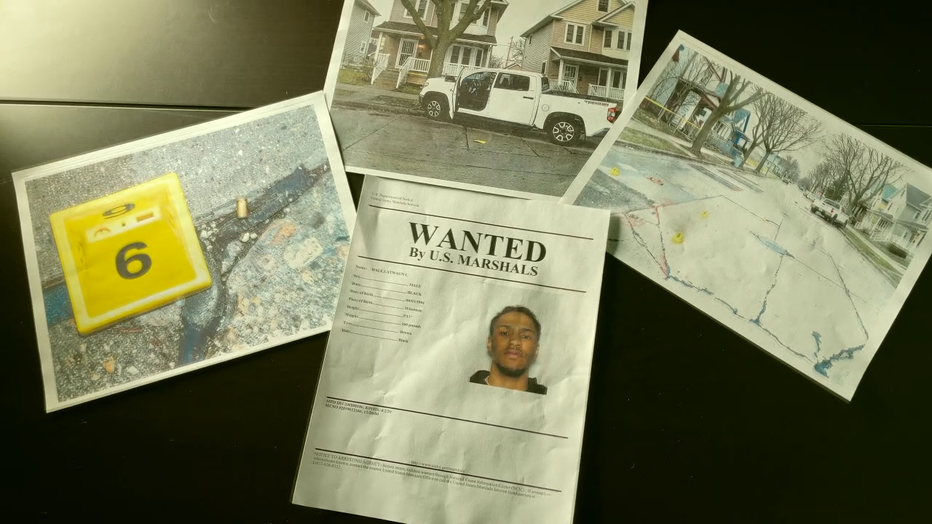 The debt in question was $100 the fugitive had loaned the male driver.

"An argument ensued, Mr. Hale pulled out a gun," the U.S. Marshal said.

According to the complaint, when the male victim reached for his wallet, Hale shot him in the neck. The victim crashed the truck. Hale then stole $2,000 from him.

Someone who was with the fugitive yelled out, "You might as well kill them too" -- referring to the other passengers still in the truck. According to the complaint, everyone ran. But Hale managed to catch up to 35-year-old Josephine Taylor. He shot and killed her while she pleaded for her life.

"Getting him into custody is best for the community," the U.S. Marshal said.

Hale is described as being 5'1" tall and weighing 160 pounds. U.S. Marshals say he is hiding out in the Milwaukee area.

The Wisconsin Department of Justice on Friday, March 19 released evidence from a pair of deadly Kewaskum home invasions.