A laser strike was reported on an inbound flight at Milwaukee Mitchell International Airport on Tuesday night.

MILWAUKEE - A laser strike was reported on an inbound flight at Milwaukee Mitchell International Airport on Tuesday night, July 26.

Authorities say the laser came from Sheridan Park in Cudahy. The FAA says laser strikes on aircraft have drastically increased over the last two years. Lasers can distract or temporarily blind a pilot, putting passengers in danger, and these incidents are serious and considered a federal crime.

According to the FAA, the flight crew of Republic Airlines Flight 3560 reported a laser strike while they were inbound to Milwaukee's airport.

"Around 9 p.m., our squads at the airport received word from the FAA tower that there was a laser strike to an inbound aircraft," said Lt. Jeremy Franke, Milwaukee County Sheriff's Office.

The laser struck the aircraft at 1,200 feet. Sheriff's officials said it likely came from Sheridan Park. 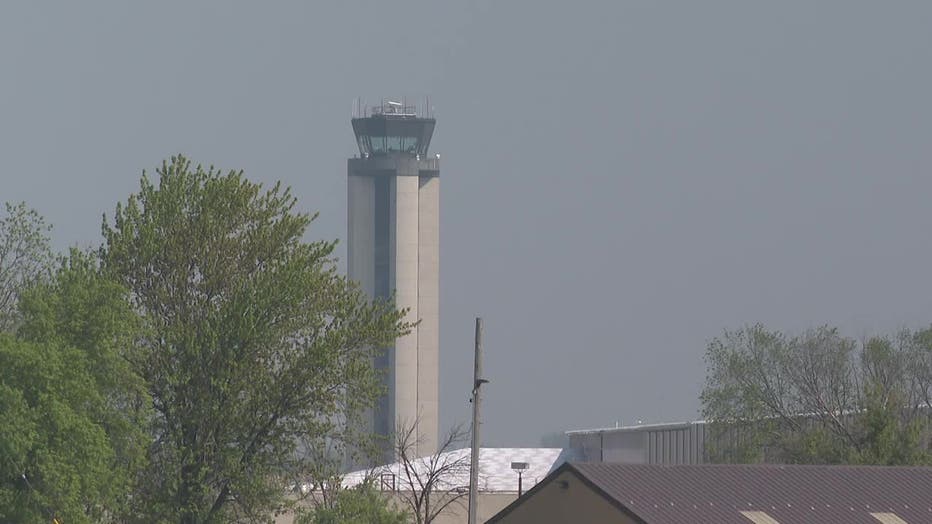 "Squads went to the area, and nothing was found at that time," said Franke. "The investigation is ongoing."

"It’s a safety hazard to the aircraft," said Franke.

Anyone caught shining lasers at aircraft face FAA fines of up to $11,000 per violation.

"We report all of our findings to the FAA," said Franke.

People who shine lasers at aircraft face FAA fines of up to $11,000 per violation and up to $30,800 for multiple laser incidents. The FAA issued $120,000 in fines for laser strikes in 2021. Violators can also face criminal penalties from federal, state and local law enforcement agencies.

To identify laser-strike trends, the FAA developed a visualization tool, using the Tableau software platform, which shows laser-strike data from 2010 to 2021 and highlights trends by geographic area, per capita data, time of day and year.

The FAA encourages the public to report laser strikes to the FAA and local law enforcement agencies.