Experts say current COVID-19 vaccines will likely work on the new variant of the coronavirus in the United Kingdom, but are working to confirm that with additional testing.

LOS ANGELES - Larry King has been moved out of the intensive care unit at a Los Angeles hospital and is breathing on his own after contracting COVID-19, a spokesman said on Monday.

The veteran talk show host was moved to the ICU on New Year's Eve and was receiving oxygen but is now breathing on his own, said David Theall, a spokesman for Ora Media, a production company formed by King. 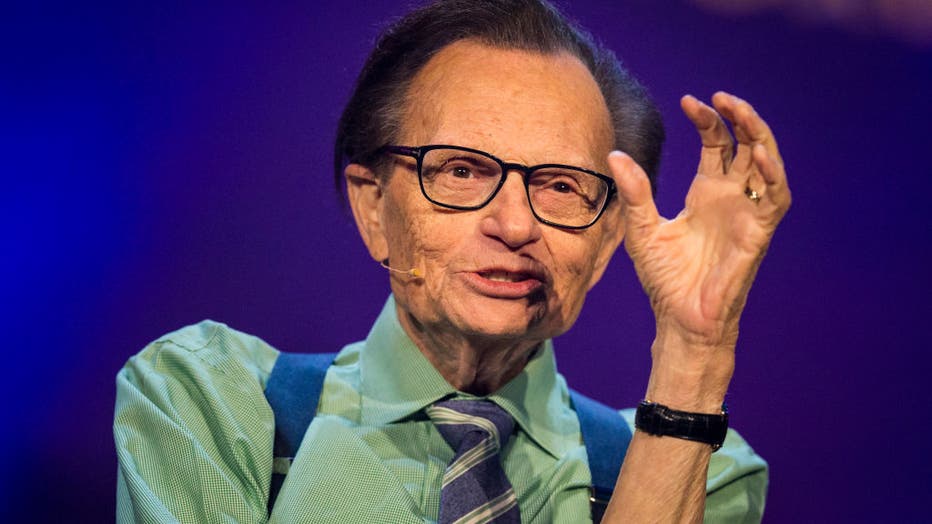 Larry King participates on a discussion on fake news in the media during the Starmus Festival on June 21, 2017 in Trondheim, Norway. (Photo by Michael Campanella/Getty Images)

The broadcaster has had numerous health issues in recent years, including heart trouble, diabetes and lung cancer, the Associated Press reported.

In 2020, King confirmed that two of his five children had died within weeks of each other. Son Andy King died at age 65 in August of a heart attack and daughter Chaia King died at age 51 from lung cancer, King said in a statement.

King, who spent many years as an overnight radio DJ, is best known as host of the "Larry King Live" interview show that ran in primetime on CNN from 1985 to 2010.