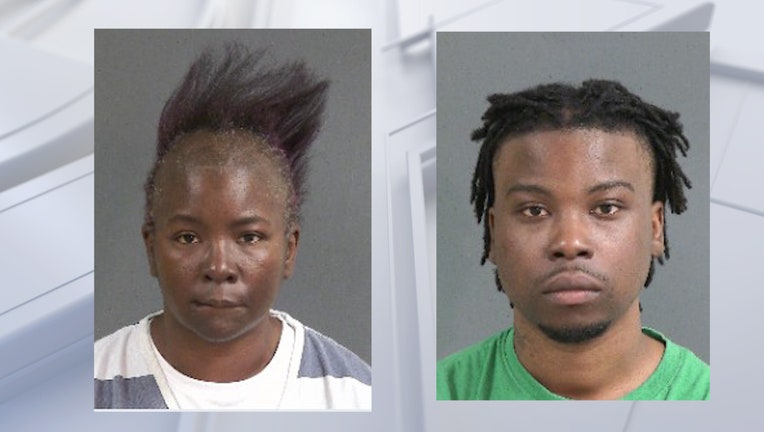 NORTH CHARLESTON, S.C. - Two people are now charged after a large brawl at a Chuck E. Cheese in South Carolina.

Authorities said they responded to a large fight at the kid's restaurant on August 20. They were also informed that someone at the location had a gun.

When officers arrived, they were met with a large crowd arguing and attempting to attack one another, according to a redacted report obtained by FOX Television Stations. Officers detained at least two people, one who reportedly hit a security guard and another one who reportedly instigated.

The security guard told officers he was trying to put handcuffs on one of the people when he was assaulted with a closed fist.

One of the suspects, whose name was redacted, said his girlfriend was assaulted by two unknown men. He said he tried to intervene, and tried to get the security guard to help but claimed he didn't hit the guard. He said the guard misidentified him when the police arrived.

The report further stated that the guard could not later identify who hit him.

Officers said as they tried to clear the restaurant, the crowd continued to verbally threaten and attempted to attack one another.

Police say a third suspect, Ciera Judge, was arrested for disobeying orders to stop approaching other people cursing and yelling. She was cited for breach of peace and later released.

According to online court records, Grant posted a $400 bond. He and Dixon were both released and are expected in court next month.