WALWORTH COUNTY -- Nearly $1 million -- that's how much prosecutors say a Lake Geneva man stole from an Illinois family. It was one of many alleged scams authorities say one man is responsible for, but he says they're not scams. 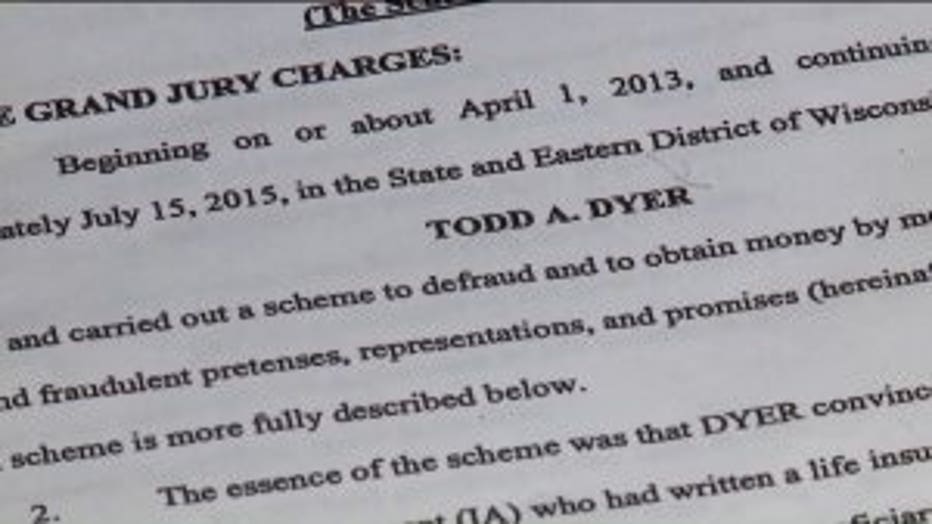 A family was told their insurance company had stolen their life insurance policy. Enter a man promising to get that money back in exchange for a fee -- but it was all a lie because they ended up losing $900,000.

This is the picture painted of Todd Dyer in the most recent indictment against him: He tells FOX6 the allegations are false and provided documents of his own, including consulting agreements between himself and the family. 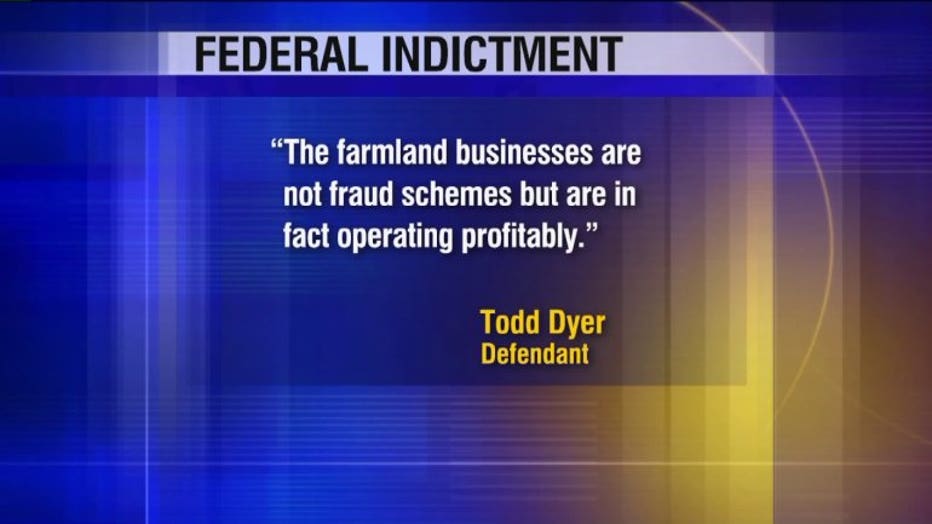 This is not Dyer's first time being accused of a "scheme to defraud." In 1999, he was convicted of running a $2.2 million Ponzi scheme, and spent about 70 months on prison.

Dyer was later indicted for an alleged scheme beginning in March of 2008. Court documents say Dyer took money from potential investors under "false pretenses that their frauds would and were being used to purchase farm property or interests in farm property." 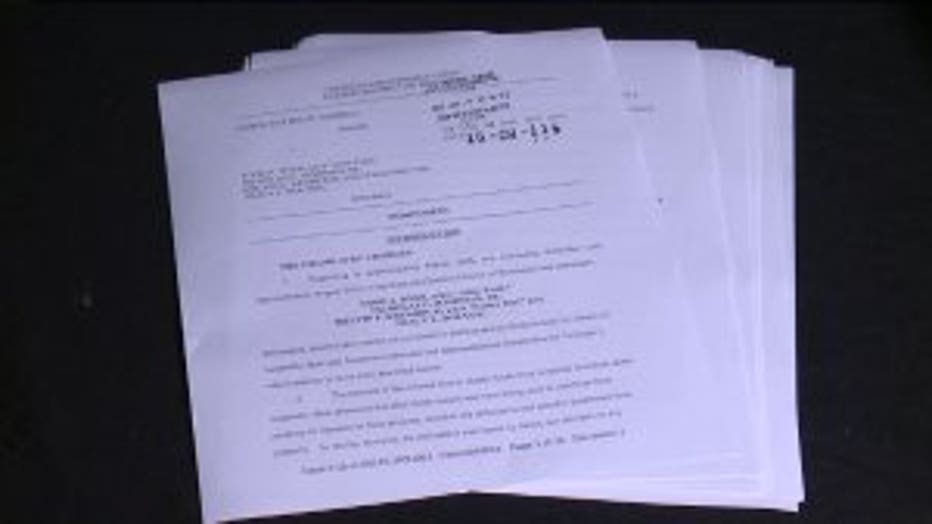 In reality, the defendants purchased no farms, no interests in any farms.

Dyer defends himself, saying "the farmland businesses are not fraud schemes but are in fact operating profitably."

FOX6 News spoke with Dyer on Thursday, he says he was bought out of the company and never had control over the businesses. But then a few months later there was another accusation.

Beginning in October 2012, he's accused of taking $250,000 from an individual who was interested in building a manufacturing facility and using the money for personal purposes.

Investigators allege that Illinois family in 2013, was just another victim in an elaborate set of schemes. 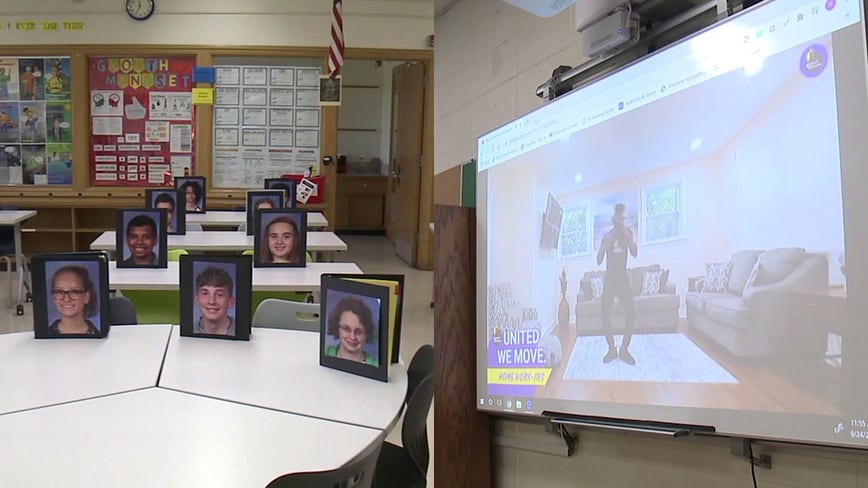