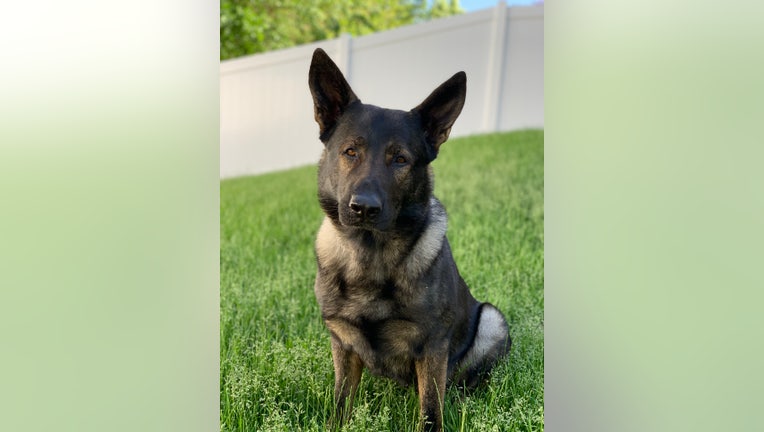 At about 12:30 a.m., a Lake County Sheriff's Sergeant was in the area of Route 60 and Route 21 in Vernon Hills when he saw a red Tesla pass him at a high rate of speed.

The sergeant was able to obtain the registration of the vehicle, and learned it was registered out of Vernon Hills.

After contacting Vernon Hills Police Dispatch, it was revealed that the vehicle had just been stolen, authorities said.

The vehicle was located a short time later disabled, in the area of Route 41 and Route 176 in unincorporated Lake Bluff.

The officers established a perimeter and Lake County K9 Dax and other deputies responded.

K9 Dax began a track and located a 17-year-old boy, who ran away from Dax, directly to a waiting Lake Bluff Police Officer, authorities said.

A short time later, a second 17-year-old was located hiding by K9 Dax in the wooded area.

Both juveniles are from Grayslake and were taken into custody.