As the Kyle Rittenhouse case heads to the jury, one misdemeanor charge won't be up for discussion.

KENOSHA, Wis. - As the Kyle Rittenhouse case heads to the jury, one misdemeanor charge won't be up for discussion.

Jury instructions tell jurors what verdicts they can consider and how to interpret the law as it relates to the charges, evidence and testimony. Those instructions, as well as the dismissal of the weapons possession charge, took up much of Monday morning, Nov. 15, before closing arguments began.

"Self-defense is an issue in this case," said Judge Bruce Schroeder.

Judge Schroeder took about an hour to detail the 36 pages of instructions to the jury Monday morning. 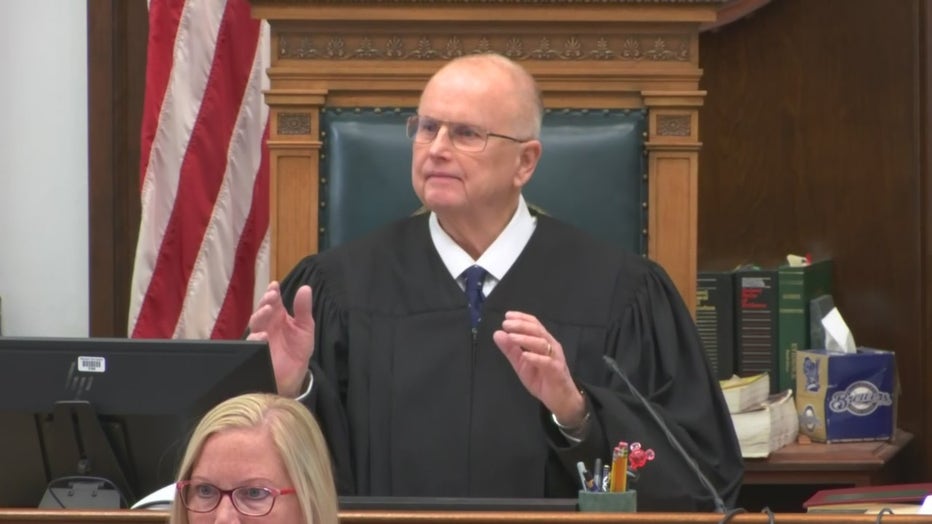 "If any of you has any impression of the innocence or guilt of the defendant, you must disregard that impression entirely and decide this case solely as you view the evidence," said Judge Schroeder. "You are the sole judges of the facts, and I am the judge of the law only."

Rittenhouse's defense says their client was in a situation of life or death that August night when he shot three people, killing two of them. Because of the self-defense argument, prosecutors were left to prove the then 17-year-old's actions and use of deadly force that night were unreasonable, trying to portray Rittenhouse as the aggressor. Likely acknowledging the difficulty, last week, prosecutors asked Judge Schroeder to consider lesser, alternative charges if he's acquitted on the more serious counts.

"I've got myself into a mid-sentence, and I don't like it," said Judge Schroeder.

At one point, Schroeder stopped himself and dismissed the jury to clear up wording that if it found Rittenhouse not guilty by self-defense, it doesn't have to consider certain lesser charges. Earlier that morning, Schroeder dismissed a misdemeanor count prosecutors were more likely to secure a conviction on.

The defense questioned the barrel length of the AR-15 semi-automatic rifle used in the shootings, arguing there is ambiguity in state statute, as a 17-year-old can possess a rifle as long as it is not a short-barreled rifle. 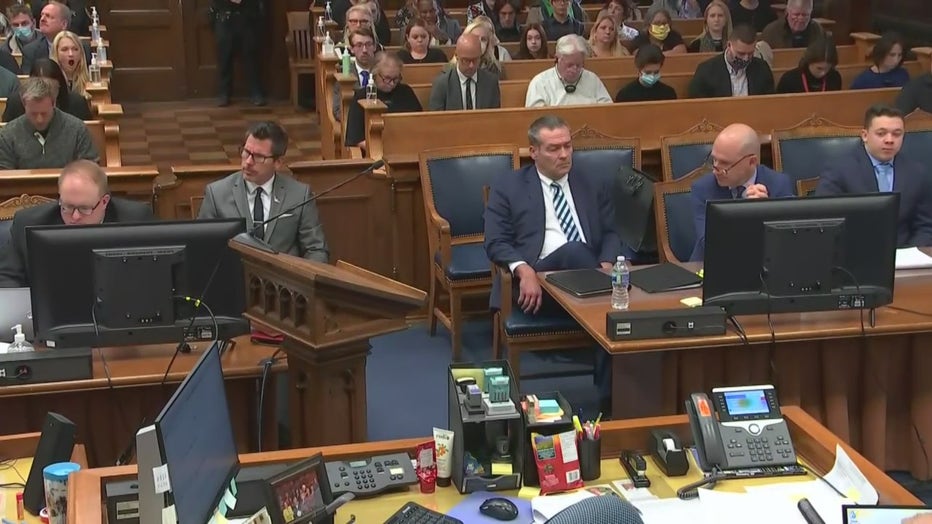 Attorneys in the Kyle Rittenhouse trial

"We are not disputing that the barrel length is appropriate," said James Kraus, Kenosha County assistant district attorney.

"As in legal?" said Judge Schroeder.

"Either by barrel or overall length," said Schroeder.

"All right. Then count six is dismissed," said Schroeder.