Dozens of demonstrators took to the courthouse steps ahead of the Kyle Rittenhouse trial Monday morning, Nov. 1.

KENOSHA, Wis. - Dozens of demonstrators took to the courthouse steps ahead of the Kyle Rittenhouse trial Monday morning, Nov. 1.

At one point, the chanting happening outside could be heard inside the courthouse.

Demonstrators are vocal as this murder trial plays out.

"It’s emotional. People really care about how this turns out," said Steve Conklin. 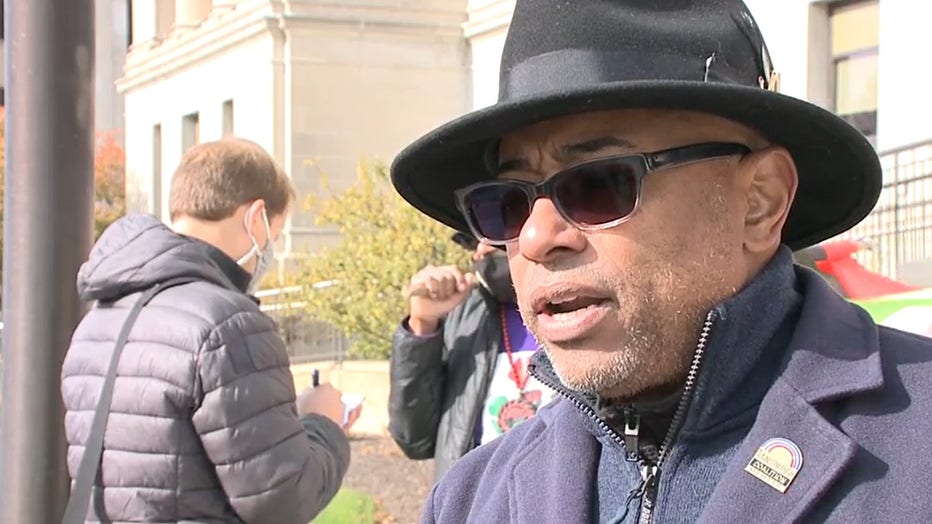 A group of demonstrators stood outside the Kenosha County Courthouse, as jury selection in the Rittenhouse trial played out inside.

"The right thing ought to happen. This is why this jury is so very critical. We want him to have a fair trial but we want justice," said Tavis Grant. 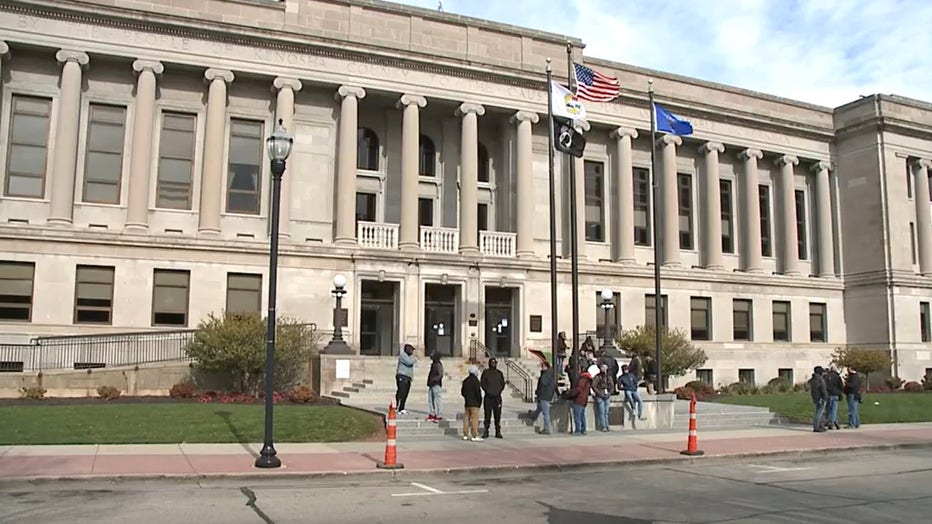 Scene outside the Kenosha County Courthouse ahead of the jury selection for the Kyle Rittenhouse trial.

"These victims must be known," Grant said.

"We’re here using the platform that we have to lend our support to their families," Justin Blake said. "We don’t want the nation to keep their eyes off the ball."

With national media staged along the street, eyes will be on the expected courtroom battle and debate over self-defense.

"If I was in that situation, I would have responded in that same way," said Emily Cahill, a Rittenhouse supporter. "I feel that I am representing thousands of people."

"We were here because there was a murder," said Conklin.

Steve Conklin knows the man who survived being shot by the then 17-year-old..

"Justice means Rittenhouse should be in jail the rest of their life," he said.

A possible outcome in a closely watched trial.

"What happens in this courtroom will reverberate in this nation for the next 50 plus years," said Blake.

Some demonstrators say they plan to be out here throughout the trial.

The trial of Kyle Rittenhouse kicks off Monday, Nov. 1 with the challenging task of seating jurors who haven't already made up their minds about the man who shot three people, killing two, during a violent night of protests last year.