Countdown to NASA's big return to the moon

NASA said that the agency is "go" for next week's launch of the Artemis I mission. The agency said Monday that the Flight Readiness Review has concluded. Its teams are proceeding toward a two-hour launch window starting at 8:33 a.m. ET on Aug. 29 at Florida's Kennedy Space Center. Artemis I marks the first integrated test of NASA’s Orion spacecraft, Space Launch System (SLS) rocket and the ground systems.

On Monday, NASA’s Artemis rocket is scheduled to launch from Kennedy Space Center — and one of America’s iconic doughnut chains has a special treat to celebrate.

It’s a cheesecake cream-flavored filled doughnut dipped in cookies ‘n’ cream icing with a swirl of cookie pieces. Its top looks similar to the moon’s surface, which is where Artemis is headed. 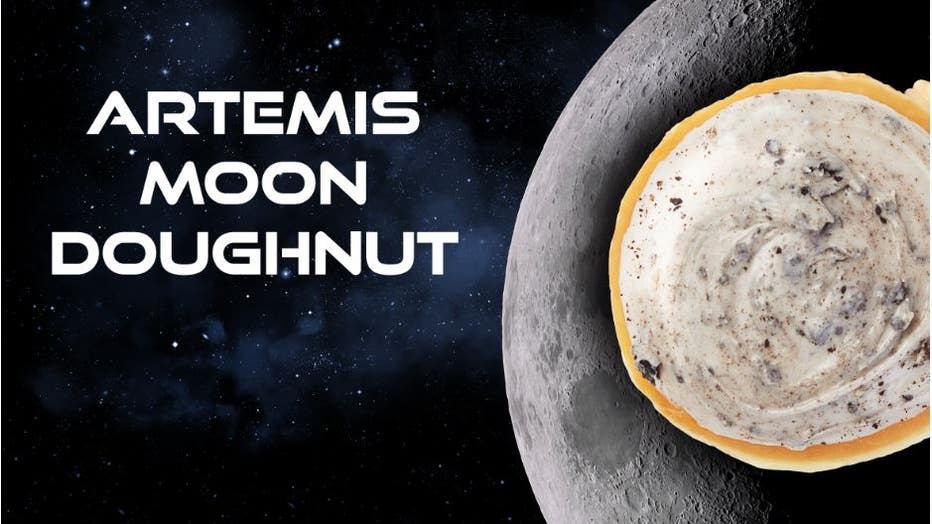 The doughnut is only available on Monday, August 29, in honor of the rocket launch.

RELATED: Snoopy returning to space as ‘zero-G indicator’ on Artemis I flight

Liftoff is scheduled to be no earlier than 8:33 a.m., weather depending. Tune into LiveNOW from FOX for full coverage.

Artemis I is a test flight for NASA’s giant new Space Launch System rocket and Orion spacecraft. The unmanned capsule will spend several weeks in space, swinging around the moon before returning to Earth – trying out a variety of things the space program hasn’t accomplished since the Apollo days.