The fire extinguishers can become clogged or require excessive force to discharge and can fail to activate during a fire emergency. In addition, the nozzle can detach with enough force to pose an impact hazard. 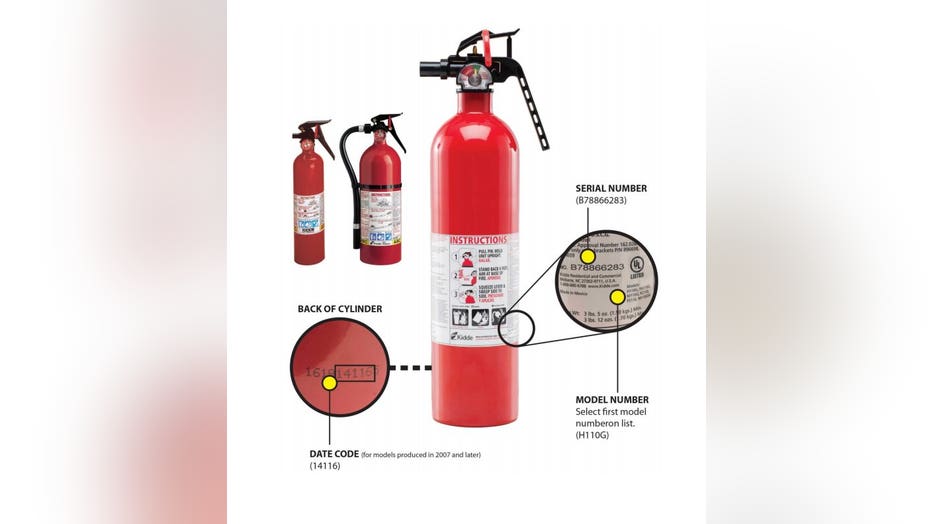 The recall involves 134 models of Kidde fire extinguishers manufactured between January 1, 1973 and August 15, 2017, including models that were previously recalled in March 2009 and February 2015.  The extinguishers were sold in red, white and silver, and are either ABC- or BC-rated. The model number is printed on the fire extinguisher label.

For units produced in 2007 and beyond, the date of manufacture is a 10-digit date code printed on the side of the cylinder, near the bottom.  Digits five through nine represent the day and year of manufacture in DDDYY format. Date codes for recalled models manufactured from January 2, 2012 through August 15, 2017 are 00212 through 22717.

For units produced before 2007, a date code is not printed on the fire extinguisher. 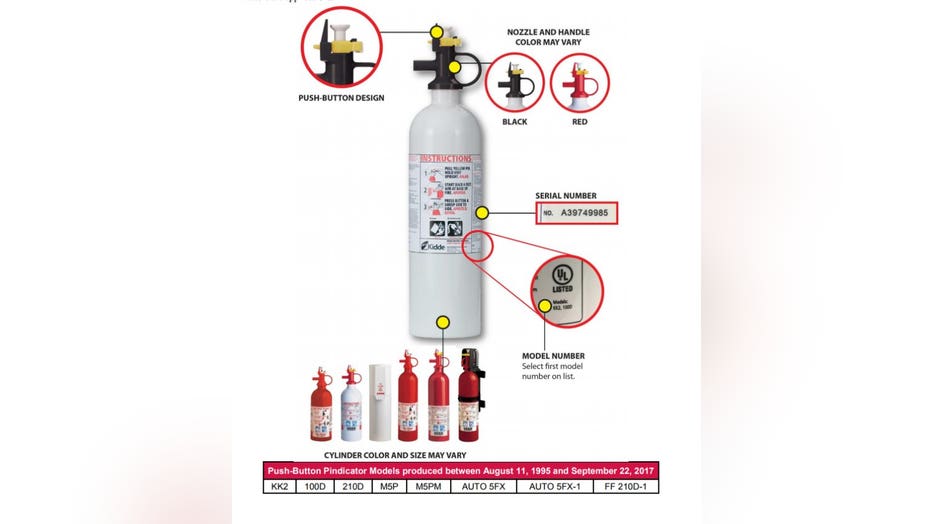 The recall involves eight models of Kidde Pindicator fire extinguishers manufactured between August 11, 1995 and September 22, 2017. The no-gauge push-button extinguishers were sold in red and white, and with a red or black nozzle. These models were sold primarily for kitchen and personal watercraft applications.

Recall information for fire extinguishers used in RVs and motor vehicles can be found on NHTSA’s website.

This recall does not include Kidde Professional or Badger branded fire extinguishers. Units with metal handles/valve assemblies are not included in this recall.

According to the U.S. Consumer Product Safety Commission, the firm is aware of a 2014 death involving a car fire following a crash. Emergency responders could not get the recalled Kidde fire extinguishers to work.

If you believe that you may have an affected model, go to www.kidde.com/home-safety/en/us/ and click on the “Product Safety Recall Notice” for information on how to determine if your Kidde disposable fire extinguisher is part of the recall, and if so, how to proceed to rectify the situation.