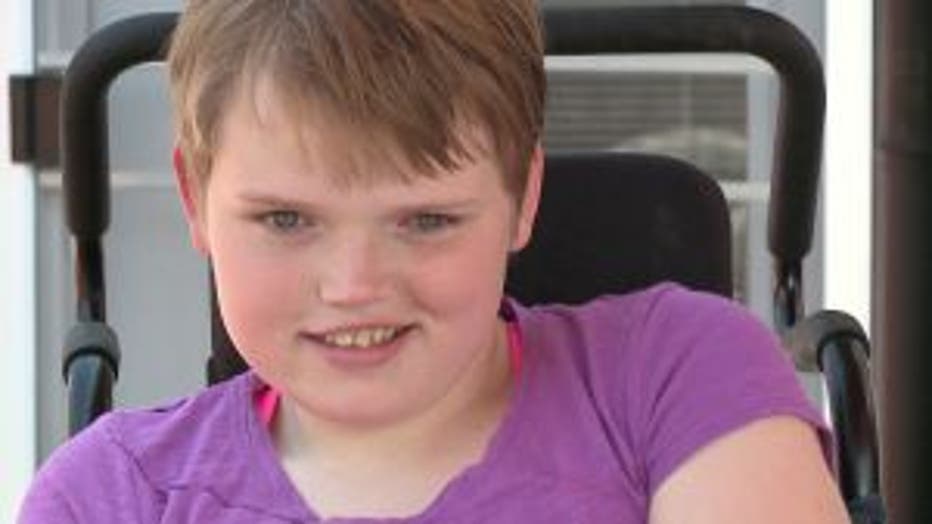 One look at her big smile and it's not wonder Kennedy Hohmeier is her parents very own blessing.

"Oh, it was very tough, she was misdiagnosed with cerebral palsy at about 6-months-old. And at about 18 months, we finally got the correct diagnosis," said Jennifer Bozette, Kennedy's mother.

The disorder has left her unable to speak or walk for the last 17 years.

"She has seizures and in the middle of the night. She has slow wave sleep disorder. So there's a seizure activity going on while she's sleeping," said Bozette.

Having the disorder brought Kennedy a ticket into a club that many don't want to join -- the Make-A-Wish Kids. But the organization works to make kids' struggles a little easier by granting wishes. On Friday, July 24th Kennedy's wish came true. 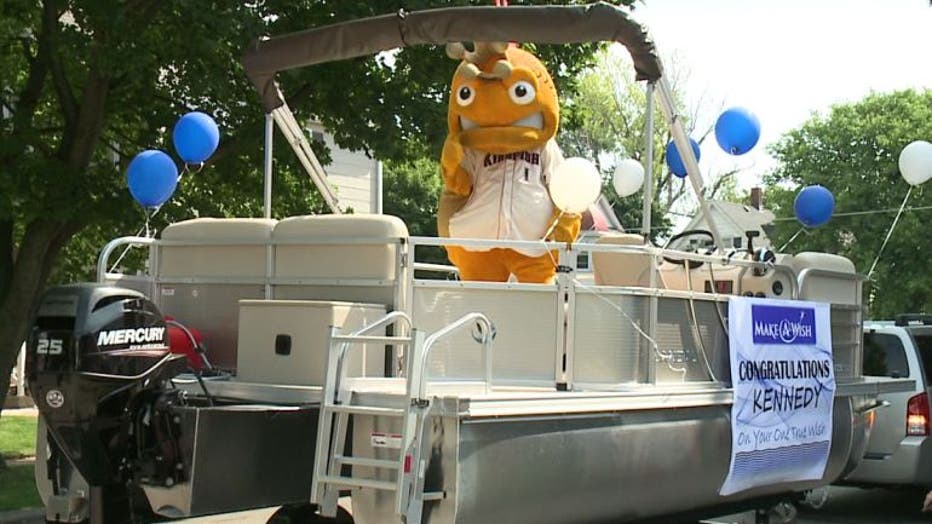 An 18-foot Island Breeze pontoon boat pulled up as she was surrounded by family and friends.

"We're very, very proud to be able to do this for you. And we hope that this will bring your family some great memories and that you have many good times on there," said Sue Kuryanowicz, Make-A-Wish Wisconsin. 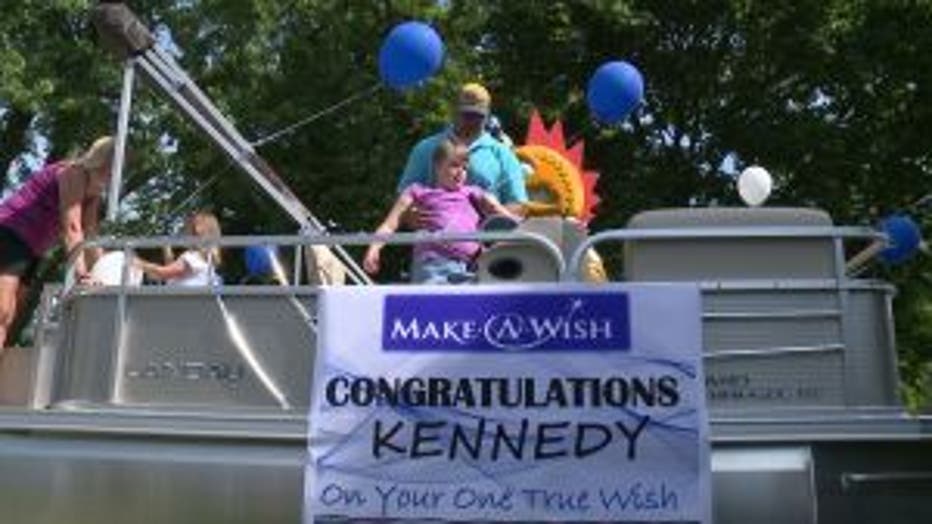 The boat was made specifically for Kennedy. It comes with a wider gate making it easy for her and her wheelchair to come on board. And what a perfect summer day for a boat ride!

"I just want to thank you for all the support you've given us throughout Kennedy's life. We love you all very much," said Bozette.

The boat came equipped with the trailer and one year of insurance. The family was also outfitted in Coast Guard approved life jackets.