Kenosha police say a high-speed chase of a stolen car is what led to two separate crashes Monday. Two people were arrested.

Police said it started with a traffic stop after the car was involved in "several crimes." The pursuit went down Sheridan Road and reached speeds around 80 mph near 75th Street.

One neighbor who spoke to FOX6 News said she was afraid to go on camera after what she saw.

"It was really scary," she said.

Police said the fleeing vehicle hit a Kenosha police car and, later, another driver near 52nd Street and 22nd Avenue. That is when police say four people got out of the car and ran. 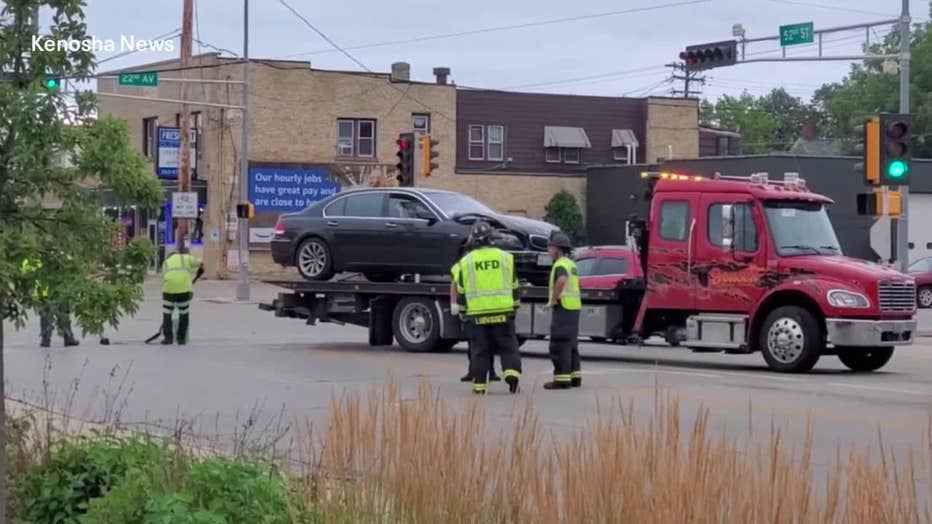 "I saw 20 squad cars, just officers, jumping out of the vehicles with their guns, just running around the neighborhood looking for four juveniles," the neighbor said.

Police said they arrested two of the four people and took three guns.

"I just hope they don’t come back over here," said the neighbor.

Police said the officer and the other driver whose vehicles were hit were not seriously hurt. If you saw anything, or know anything about the other two people sought, you're asked to call Kenosha police.