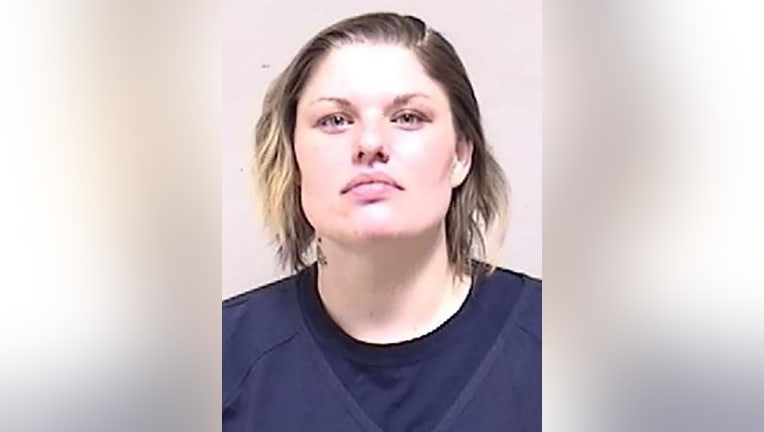 KENOSHA, Wis. - A Racine woman faces a charge of first-degree reckless homicide in connection with the drug death of a woman in Kenosha in December. The accused is Reanna Moon.

According to the criminal complaint, Kenosha police were dispatched to a residence on 59th Street just west of 16th Avenue on Dec. 7, 2021 for a medical overdose call. Once on the scene, officers located the victim on the floor in a bedroom. They attempted CPR until the Kenosha Fire Department arrived. However, the victim was pronounced deceased.

A person in the residence told police she found the victim passed out, that she has a history of drug abuse, and had been "hanging around with Reanna Grimes-Moon (later identified as defendant Reanna M. Moon)," the complaint says.

A second person told officers "she believed that the person who would have supplied the drugs to (the victim) would be the defendant" -- and that "she is sure that the defendant was in the car that (the victim) had met up with that night," the complaint says.

When detectives downloaded data from the victim's cellphone, they found text conversations on her phone that referenced drug transactions. One of the phone numbers belonged to the defendant, the court paperwork says.

When questioned by police, Moon stated "that she went to (the victim's) residence to deliver heroin, which had been mixed with Benadryl, and some crack cocaine. The defendant admitted to brokering the deal along with delivering the drugs."

Moon made her initial appearance in Kenosha County court on Monday, Feb. 21. Cash bond was set at $100,000. Moon is due back in court for a preliminary hearing on March 1.

A Wauwatosa teenager is charged with homicide by negligent operation of a vehicle in connection with a fatal crash that happened near 124th and North Avenue on Sept. 14, 2021.