Union members, community leaders, and Democrats held a rally in Kenosha Wednesday to speak out -- and share their opposition to a proposed trade deal that would replace NAFTA. 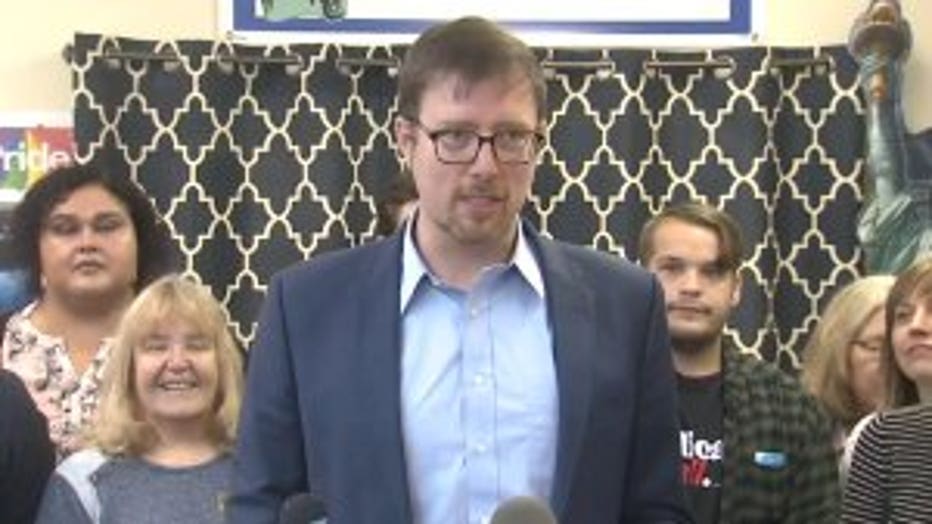 Ben Wikler, chair of the Democratic Party of Wisconsin said the deal would continue to negatively impact Wisconsin families.

"Wisconsin has lost more than 6,200 manufacturing jobs in the last year alone -- second only to Pennsylvania in the country. Farms are going out of business in Wisconsin at a near-record rate. More than two family farms closing their barn doors forever, every day," Wikler said.

Democrats on Wednesday said this is happening due to President Trump and Vice President Pence's policies that "directly attack working people in this state."

"Their policies have only helped the very richest among us," said Wikler.

"They're seeing firsthand, having to sell their cows, having to close down their small farms. They're seeing this more than anyone," said Cassidy Geoghegan, Wisconsin Outreach Director for Priorities USA.

Democrats say that replacing NAFTA is a great opportunity to reverse the damage they believe has already been done, but they say the new trade agreement in its present form won't accomplish that.