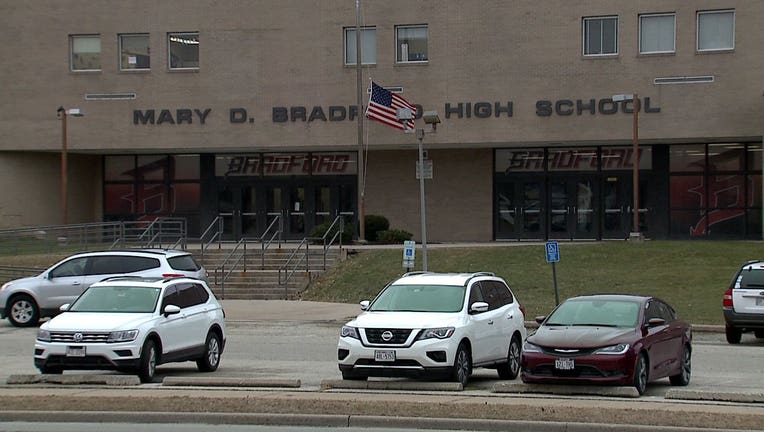 KENOSHA, Wis. - Police are investigating a threat of a school shooting at Kenosha Bradford High School on Thursday morning, Oct. 28.

Officials say around 7:15 a.m., Bradford High School received an anonymous voicemail stating a school shooting would occur at 8 a.m. School administration immediately called the Kenosha Police Department to request assistance. The administration also notified staff to prevent any movement within the school throughout the first period, which ended at 8:20 a.m.

In the end, Kenosha Unified School District officials said nothing took place -- there were no incidents of any kind that occurred as stated in the phone message.

Police swept the building and secured all entrances prior to the start of the school day. Staff will continue to monitor all doors and windows, as well as being alert to anything suspicious throughout the day.

Parents have been notified that they may pick up their children if they would like to by entering Door 2 on the west side of the building near the field house, and must have an ID available to show staff upon arrival.

Bradford is also offering counseling services to students who may need additional support following the incident.