Kenosha police are investigating anti-Semitic flyers passed out in Kenosha neighborhoods claiming COVID-19 is being facilitated by the Jewish community.

KENOSHA, Wis. - Kenosha police are investigating anti-Semitic flyers passed out in Kenosha neighborhoods claiming COVID-19 is being facilitated by the Jewish community.

Leaders at the Milwaukee Jewish Federation say the flyers instill fear and trauma within the community, which can lead to violence, but Kenosha residents the community is stronger than ever and they won't let that happen.

Kenosha police say the letters were found on two occasions in late 2021 and early 2022, placed on windshields on the city's southeast side. 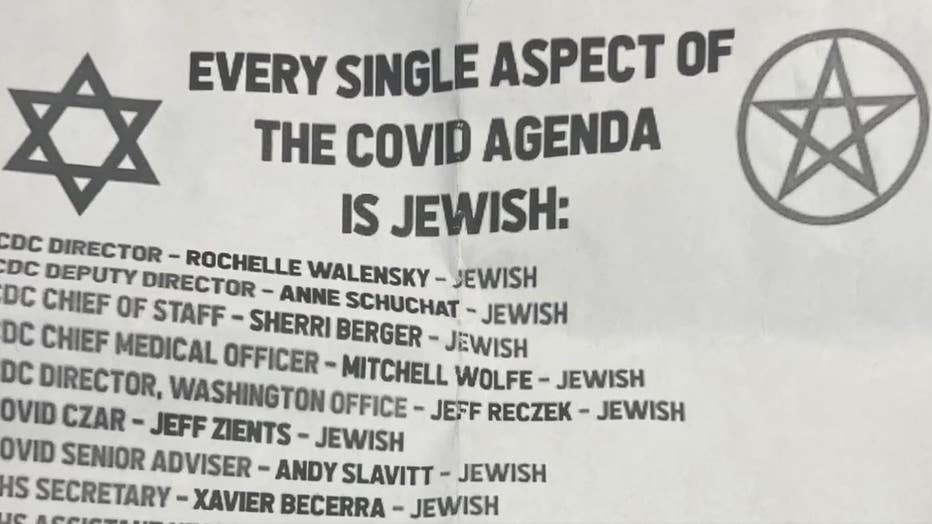 "That’s suggesting that the disease of COVID, and the spread and also the profit from vaccines related to COVID and all of the public health protocols are related to Jews, that Jews are somehow profiting from this," said Kaiyael Gardner Mishlove, Milwaukee Jewish Federation.

Other residents found them in mailboxes or on their doorstep.

"This is really concerning because these flyers were deliberately placed in plastic bags, weighted down with beans, so the intent to deliver this message was very intact," said Kaiyael Gardner Mishlove.

Leaders at the Milwaukee Jewish Federation are worried, with anti-Semitic incidents on the rise. They condemned the message. 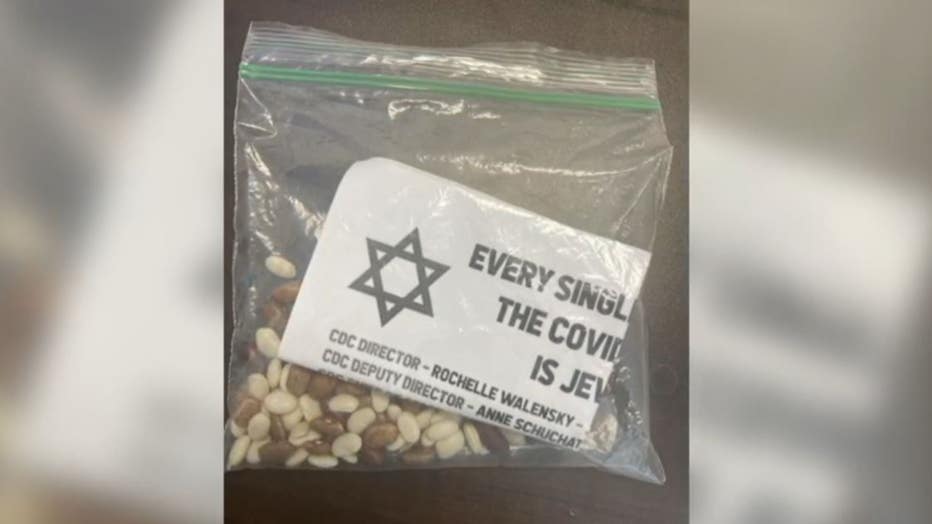 While it's unclear why Kenosha was targeted. They believe it's part of a coordinated effort across the U.S. and said flyers were found in at least 11 states.

"We are concerned because Kenosha has experienced a level of unrest over the last couple of years, so this is the last thing that community needs," said Kaiyael Gardner Mishlove. "They need peace and quiet right now."

One Kenosha resident said there's no flyer or piece of paper that can tear the community apart, especially after what residents have been through. 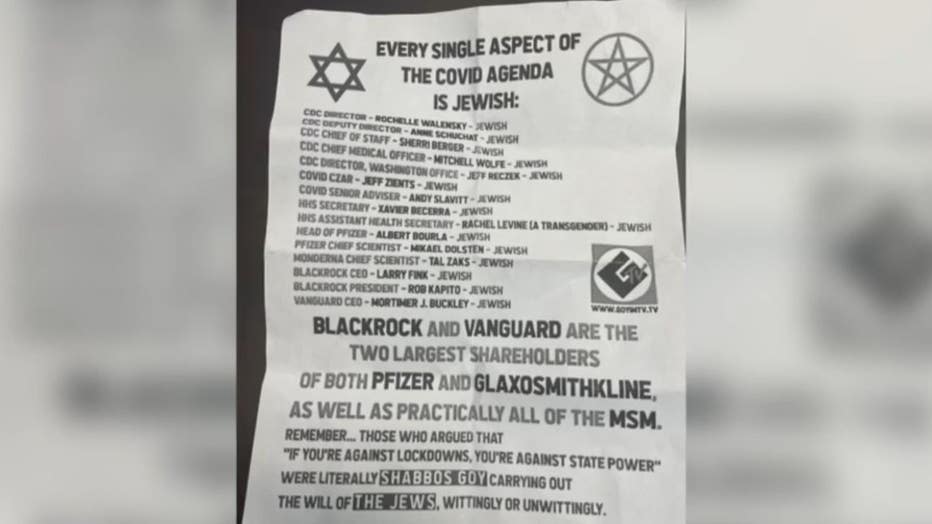 "If there’s no facts behind it, with this community, you know, as it is now because of what we’ve been through, I don’t think that it will stand on any water," said Andrea Oliver.

Kenosha police are investigating, and the Milwaukee Jewish Federation is asking people to report the flyers to police.

A Milwaukee man was shot and wounded during an argument near 37th and Wisconsin Saturday afternoon. According to police, the victim fled after the shooting and was not located until Sunday.