MILWAUKEE (WITI) -- A jury has found 44-year-old Kelvis Johnson guilty on four charges related to a shooting incident that happened near 45th and Villard on February 21st, 2013. 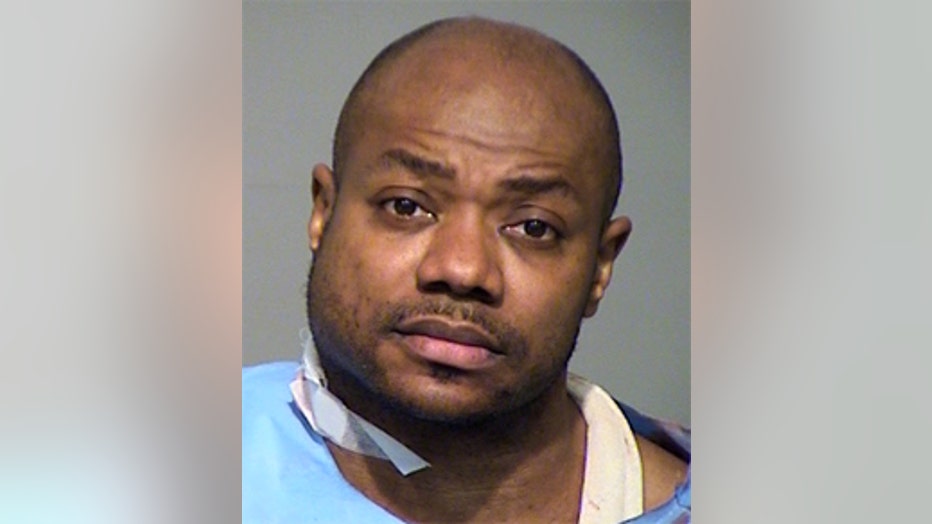 Johnson was charged back in March of 2013. He had pleaded not guilty to all the charges against him.

The charges stem from an incident that began when police were called to investigate a domestic violence complaint.

The criminal complaint indicates Johnson was on top of his girlfriend when officers arrived at the home. Johnson apparently told the officer, “You are making me do this.” It ended when police say Johnson fired a shot at his girlfriend, wounding her. Within a moment, a Milwaukee Police sergeant shot Johnson four times, wounding him.

A 65-year-old member of the Johnson's family suffered a non-life threatening gunshot wound during the incident. He was taken to a hospital and treated.

The criminal complaint indicates there were unfired cartridges inside of Johnson’s handgun. It appears the weapon jammed, preventing Johnson from firing more rounds.

In court on Tuesday, March 4th, 2014, Johnson's attorney said there has been a breakdown in communication with Johnson that is irreconcilable. A motion was granted by the court to dismiss the attorney from the case.

A new counsel for Johnson is set to be appointed via the Public Defender's Office.

A bail/bond hearing was held for Johnson on March 4th -- and it was ordered he be remanded into the custody of the Milwaukee County Sheriff's Office pending sentencing.

A status conference in this case is scheduled for March 19th.