The Michigan-based company announced that they are recalling 15.3-ounce and 23-ounce packages of Honey Smacks cereal, but no other products are believed to be affected.

The Food & Drug Administration said in a press release Thursday that the company launched an investigation into a third-party manufacturer that makes Honey Smacks after the FDA asked about reported illnesses. It's not clear how many people reported being sickened.

The potentially-tainted Honey Smacks were distributed across the United States as well as in Costa Rica, Guatemala, Mexico, the Caribbean, Guam, Tahiti and Saipan. Cereal boxes with the following UPC Code and "best by" dates are part of the recall: 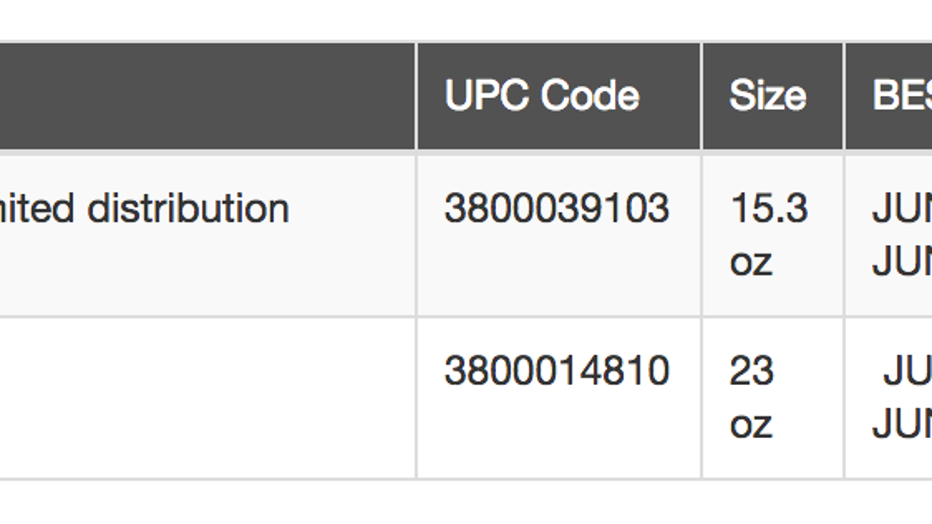 Kellogg is asking that people who purchased the potentially affected cereal discard it and contact the company for a full refund. Consumers seeking more information, including images of these products, can visit kelloggs.com/honeysmacksrecall or call 1-800-962-1413 from Monday – Friday, from 9 a.m. to 6 p.m. ET as well as Saturday and Sunday from 10 a.m. – 4 p.m. ET.

According to the CDC, salmonella can produce serious and sometimes fatal infections in young children, frail or elderly people and others with weakened immune systems. Healthy people may experience fever, diarrhea, nausea, vomiting and abdominal pain.

The illness usually lasts four to seven days, and most persons recover without treatment. In rare circumstances, infection with Salmonella can result in the organism getting into the bloodstream and producing more severe illnesses.

Each year, about 1.2 million people are sickened, 23,000 hospitalized and 450 killed by salmonella, the CDC says.