Pyro was stabbed in the neck while on duty on April 7 -- suffering "horrific" injuries while apprehending a suspect who attempted to shoot his father. Fifteen days later, on April 22, police announced Pyro was given the all-clear to return to work. 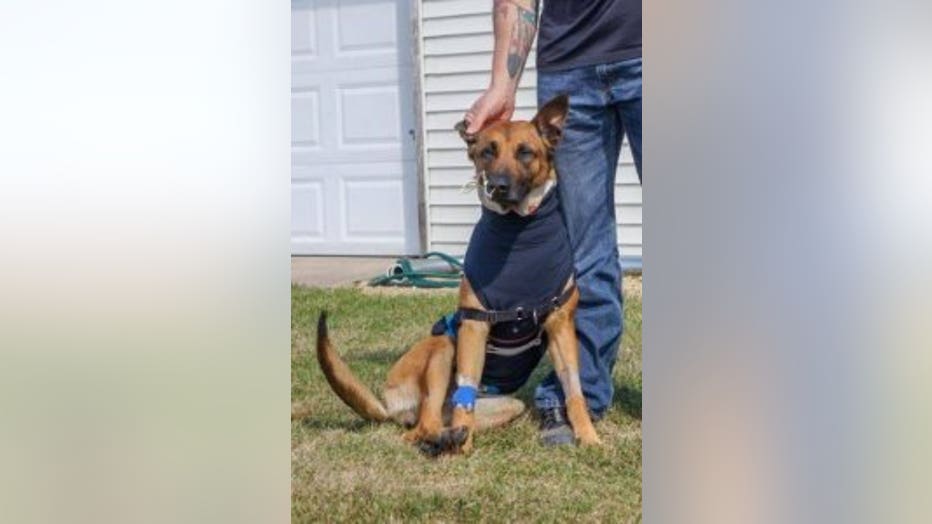 This, following emergency surgeries after he was stabbed at least three times in the neck. Officers were very concerned he would die.

Police said Pyro's handler, Officer Scott Salzmann very quickly provided immediate life-saving measures, including the use of a hemostatic (rapid clotting) agent. These actions were made possible by Officer Salzmann having a K-9 trauma medical kit. Pyro was then rushed to Bay East Animal Hospital where he received additional treatment from Dr. Margaret Eastman, who then accompanied Pyro in an ambulance to the Animal Referral Center of the Fox Valley for emergency surgeries. Pyro had to undergo multiple surgeries to repair nasty wounds to his neck, carotid artery, and esophagus, and also had to have emergency surgery to repair a flipped stomach.

He returned to work on somewhat light-duty -- cleared to perform tasks that did not require him to wear a collar -- taking part in duties like sniffing for drugs, during which he could wear a harness while veterinarians kept a close eye on his healing esophagus. Police said it was possible he would require additional surgery on his esophagus in the future.

Thousands of dollars were raised in Pyro's honor, and police said they were considering using the money to outfit supervisors' squads with K-9 trauma kids, Narcan for drug-sniffing dogs, and a preventative surgery for K-9s attaching their stomachs to their abdominal walls to prevent stomach twisting. 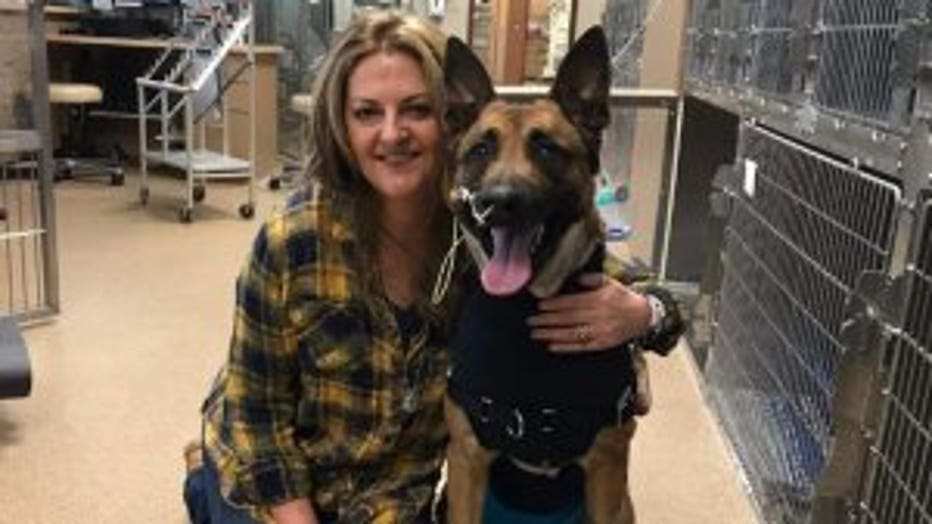 Each year, three pets from Wisconsin are inducted into the Pet Hall of Fame in three categories: companion, professional, and hero.

Pyro was inducted in the hero category "for the role he played in an apprehension where all the people came away uninjured."

The ceremony was held in Madison. 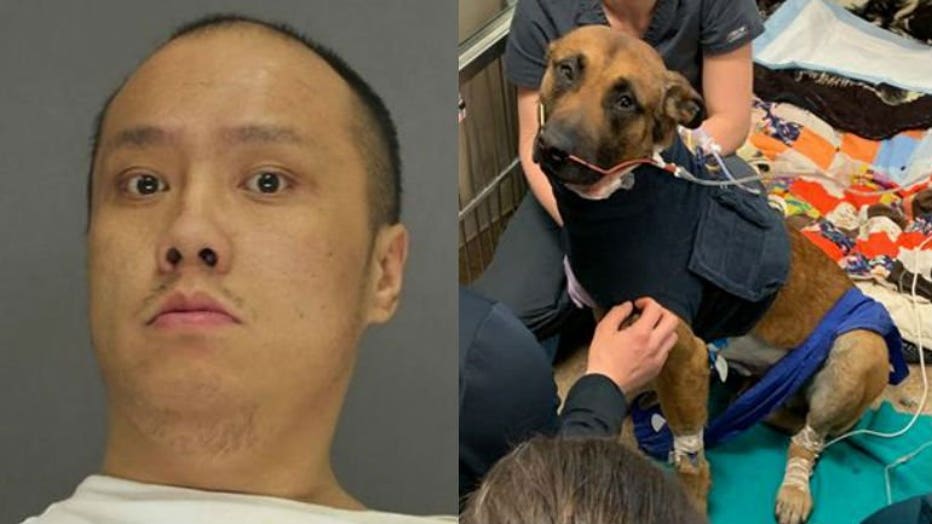 As for the suspect in this case, the below charges were filed against Sai Vang, 30, on April 10:

Vang was ruled competent to proceed in the case in mid-September and pleaded not guilty on Oct. 11. A final pre-trial hearing was set for Dec. 16.