MILWAUKEE COUNTY -- The jury was deliberating Thursday, July 23rd in the case of a 33-year-old woman who faces a total of 13 felony charges -- accused of abusing and torturing her boyfriend's three-year-old son.

The criminal complaint against Garcia says on June 21st, 2014, West Allis Fire officials responded to a home on W. Mitchell Street for a report of a three-year-old child who was unresponsive. 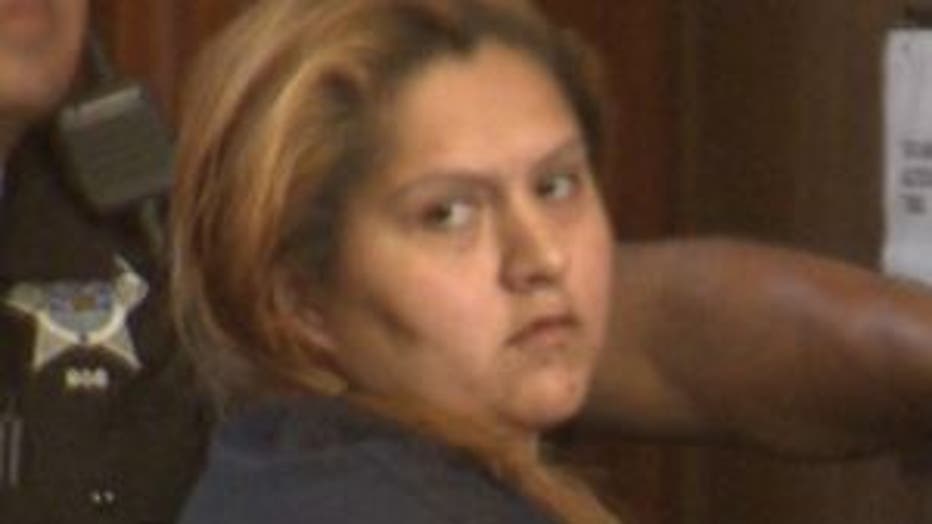 The child was discovered lying on the living room floor.

The boy was taken to Children's Hospital -- after he was found with bruising and lacerations all over his body. Fire officials also observed the child to be displaying signs of severe trauma to the brain.

A West Allis police officer eventually responded to the hospital to investigate a child abuse complaint involving this child -- and met with a social worker.

The social worker told the West Allis police officer the child was admitted to the hospital -- exhibiting an altered mental status. He was found to have burns on his face, and bruising on his upper torso, arms, stomach and legs.

The complaint says three people responded to the hospital shortly after the child's admission: Garcia, (the girlfriend of the child's father), the child's mother, and a friend of Garcia's. 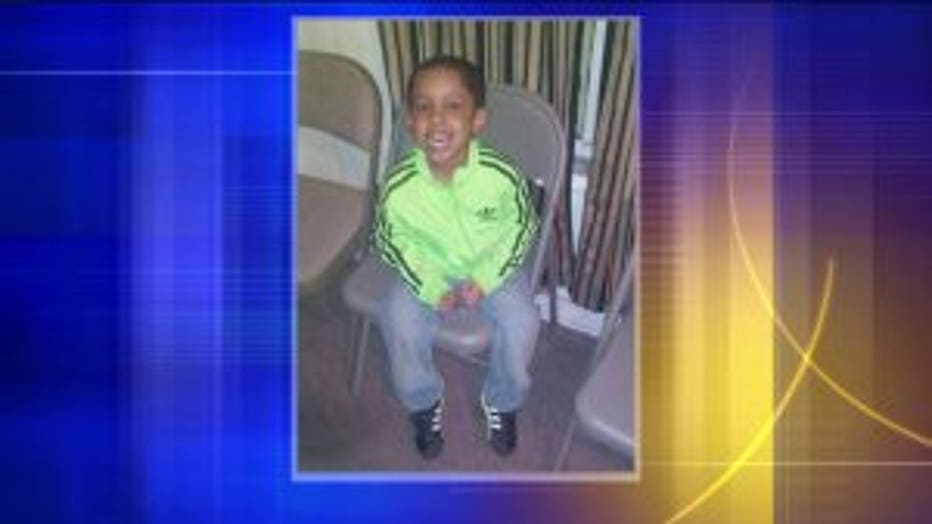 Garcia told officials at the hospital the child had sustained his injuries as a result of an accidental fall.

Shortly after the child's admission into the hospital -- he was taken into surgery.

This, as the West Allis police officer went to the address on W. Mitchell Street and spoke with a citizen witness.

That witness reported hearing Garcia screaming inside the home around 3:00 a.m. on June 21st. At noon that day -- Garcia came over to the home of the witness and asked for a garbage bag.

The officer then spoke with Garcia's mother.

She told the officer she happened to stop by the home on W. Mitchell in June 21st -- when Garcia told her the child wasn't awake yet.

According to the complaint, Garcia told her mother that on the evening of June 20th, she had gone out to eat, and had taken the child with her. Garcia said she believed the child had too much to eat -- because he threw up in the living room upon arriving back home.

Garcia said she went to retrieve cleaning supplies while Garcia's step-daughter took the child into the kitchen.

Garcia said the step-daughter screamed from the kitchen that the child had fallen in the kitchen -- striking his head on a chair during the fall to the ground.

Garcia's mother told officials Garcia said she responded to the kitchen, where the child was crying. She said she took him to the bathroom and cleaned him up -- and said he fell asleep a short time later.

The complaint says around 11:00 a.m. on June 21st, Garcia's mother checked on the child -- and noticed he had wet the bed during the night.

Forty-five minutes later, Garcia's mother tried to wake the child -- and he didn't respond at all.

That's when Garcia's mother told her to call 911.

The West Allis police officer talked with the man who made the 911 call.

That man told the officer he saw Garcia and the boy out to dinner the previous evening -- saying he saw Garcia "being mean" to the boy -- grabbing him "very aggressively."

The man said he went over to the home on W. Mitchell on June 21st to help remove marker stains from Garcia's couch -- when he observed the boy sitting on the couch -- saying he appeared to be having a seizure. He told the officer he ordered Garcia to call 911.

Garcia and her mother didn't want to call 911, the man told police -- and seemed to be more focused on concocting a story about what the boy had hit his head on.

That's when the man says he grabbed the phone and called 911 -- something that he says upset Garcia and her mother.

Police also spoke with a woman who lives in the same building as Garcia on W. Mitchell.

That woman told police Garcia had been watching the child for the past two to three weeks.

Two weeks prior, the woman told police Garcia had asked her to watch the boy while she ran to the store. The woman was asked to watch the boy a second time -- during which time she told police she questioned Garcia about scratches and abrasions on the boy's face. The complaint says Garcia told her the scratches were caused by another child.

Police eventually spoke with Garcia about the boy.

She told police on June 16th, the boy was drinking a soda when he apparently spit into the soda can and placed the can on the table. The next day, the boy tried drinking out of the soda can -- and Garcia told police she slapped the boy across the face.

A woman who lives in Garcia's building told police on June 17th, she went over to Garcia's residence to assist with dishes -- when she says Garcia ordered the boy into the kitchen, and ordered him to lift his shirt.

The woman told police she saw what appeared to be cigarette burns on the child's back.

The woman told police Garcia ordered a step-daughter to get the lighter and cigarettes -- and the boy began to cry -- before the complaint says Garcia slapped him across the face.

On June 21st, the woman said Garcia told her that a friend was babysitting the boy, when he struck his head on the table. Garcia told the woman the boy began to vomit around 3:30 a.m. -- and said the person watching the boy made him clean up his own vomit -- before the boy went back to sleep.

During the morning of June 21st, Garcia told the woman the boy would not respond when she tried to wake him up. The complaint says the woman advised Garcia to take the boy to the hospital immediately.

On June 22nd, West Allis police got a phone call from the man who had called 911 in this case -- saying Garcia and her mother were lying to the police. The man told police Garcia and her mother had asked him to "drop the boy off" at the hospital -- and to tell hospital staff that the boy's birth mother had dropped the boy off at Garcia's residence with the injuries already present.

The man said Garcia told him the boy had already been unconscious for at least six hours.

The man told police he had received a phone call from Garcia around 8:00 p.m. on June 21st -- saying she was hiding at her grandmother's home.

Police spoke with a friend of Garcia's -- who was at the residence on June 21st. The complaint says the woman told police Garcia refused to take the boy to the hospital unless she agreed to lie -- and say that she spent the night at the home, and saw what happened to the boy. The woman agreed to lie so that Garcia would seek help for the boy.

Police spoke with the mother of another child (a 10-year-old girl) who was staying at the home on W. Mitchell. That woman told police Garcia is the girlfriend of the boy's father.

The woman said when she heard what happened to the boy -- she demanded Garcia return her child (the 10-year-old girl) who was staying at the home with her father (who is also the father of the boy taken to the hospital in this case).

The complaint says this 10-year-old girl eventually provided information to police that Garcia had abused the child during the week and a half that the girl was at Garcia's home.

Police were able to obtain surveillance video from a Chinese restaurant from the night of June 20th -- and observed Garcia assaulting the boy.

Doctors at Children's Hospital said the boy was gravelly ill, in the pediatric intensive care unit.

A pediatric child abuse specialist said the child was the victim of abusive head trauma and physical child abuse.

Doctors said it was unknown whether the boy would survive -- or what his long-term prognosis would be.