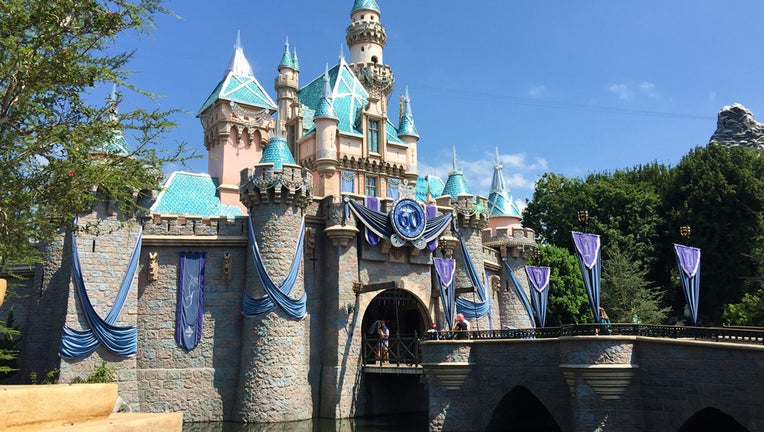 California’s amusement parks have been pining to reopen for months, hoping to bring back thousands of workers sent home in March when the coronavirus pandemic forced them to close their gates.

Now that state health officials announced strict new rules for reopening the parks, attractions spanning from Disneyland to Universal Studios are bracing for an even longer shutdown — and so are the surrounding communities lined with hotels, restaurants and shops that cater to visitors who no longer walk their streets.

The city of Anaheim, which is home to Disneyland, has slashed its general fund budget forecast by 30 percent because of plummeting hotel and other tax revenues usually generated by the resort area and a nearby convention center, said Mike Lyster, a city spokesman. Officials fear mom-and-pop shops along a boulevard normally packed with backpack-toting tourists wearing Disney’s hallmark Mickey Mouse ears could wind up closing for good.

“We understand this is a pandemic-induced downturn. But what our concern is, without a recovery plan, it could easily become a prolonged economic downturn,” Lyster said.

California announced Tuesday that smaller theme parks could reopen on a limited basis when their home counties report moderate levels of virus transmission, but with only 500 patrons or 25% of capacity, whichever is smaller, and only outdoor attractions. Bigger parks such as Disneyland must wait until counties reduce virus transmission to minimal levels. But with many of the parks located in densely populated Southern California, industry leaders and health officials said it could take months for their counties to be able to do so — possibly not until there’s a vaccine. 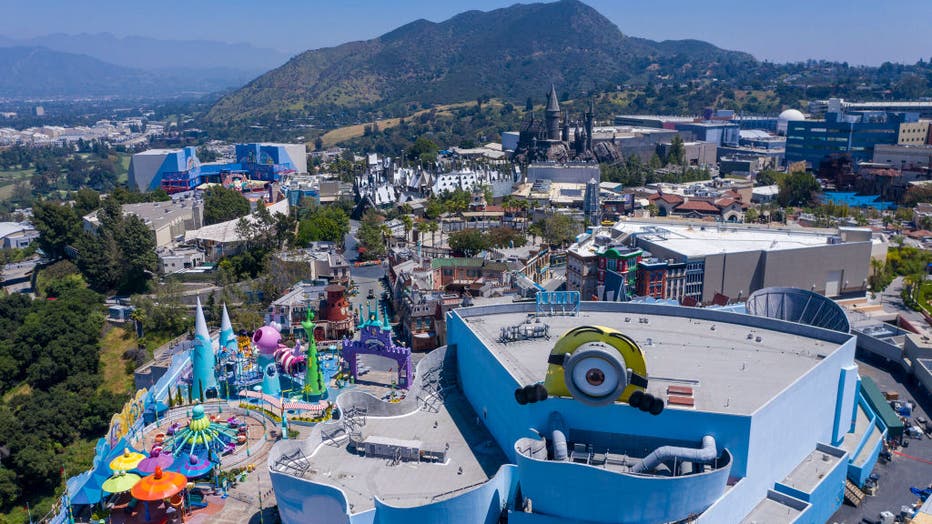 Dr. Mark Ghaly, California’s health and human services secretary, said the concern is that large theme parks draw visitors from further away who stay for longer periods of time and frequent nearby hotels, restaurants and shops, and these activities pose an increased risk of virus transmission.

But park officials contend Ghaly’s office failed to consider the overall health of their communities beyond virus case counts and positivity rates. With employees out of work and some poised to lose their jobs, their stress levels will rise and access to health services diminish, industry leaders said, and the same goes for owners and workers at nearby shops that rely on parkgoers.

• Disney to lay off 28,000 workers at its parks in California, Florida

• Disneyland employees, fans and elected officials rally in Anaheim to push for reopening

The California Attractions and Parks Association said it wants to continue working with state health officials and hopes they will revise the guidance to let bigger parks open alongside smaller ones. Industry officials said amusement parks have reopened successfully in other places with safety measures since the pandemic without driving up virus transmission, and the same can be done here, the association said.

In Anaheim, city officials have put off purchases of new vehicles and saved money by buying fuel in bulk. Non-essential spending has been delayed and only critical hiring is allowed, Lyster said. The city of 350,000 people about 25 miles (40 kilometers) southeast of Los Angeles is also planning to offer an early retirement program, hoping that could help offset the loss in revenue, he said.

Disney has announced the layoff of 28,000 workers at its theme parks in Florida, which have reopened, and California, which have remained closed since March. Andrea Zinder, president of UFCW Local 324, said she expects about a quarter of her group’s 3,000 members will be among them and supports reopening sooner, especially because the company implemented safety measures such as making virus testing available to employees.

Karen Irwin, president of Universal Studios Hollywood, said the park currently employs about 1,000 people, down from 8,000. Reopening on a limited basis isn’t going to draw tourists from across the country or the world and would largely provide entertainment for area residents seeking an outlet during the pandemic, she said.

“What I am focusing on is getting the business up and operating so we can bring people back to work,” she said.

That’s something that Kymberly Miller, executive director of Children’s Fairyland in Oakland, knows well. The storybook-themed park catering to young children reopened on a limited basis earlier this month under the state’s guidance for zoos and brought back many previously furloughed workers.

But popular rides such as a tot-sized carousel and Ferris wheel have remained closed, which has the small park charging discounted admission for shorter morning and afternoon sessions. If the county allows rides to reopen, the park could resume full-price ticket sales, and that would help make up for the lost summer season, she said.

“People are definitely coming back,” she said. “People are grateful to have somewhere to be with their little children that is safe.”