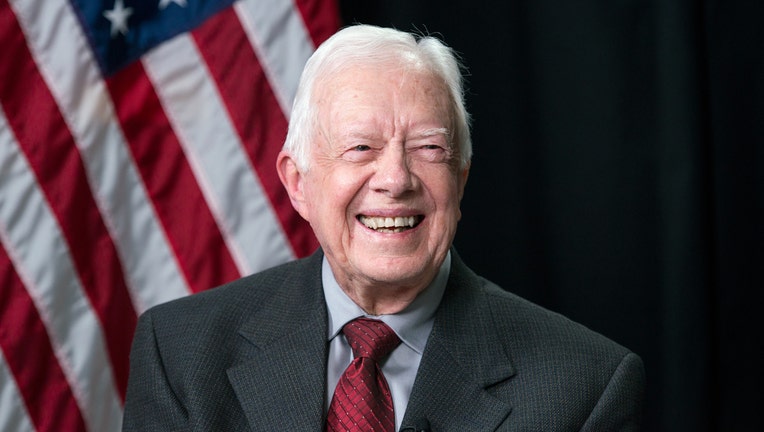 Americans are celebrating a milestone birthday for the oldest-living former U.S. President.

Former President Jimmy Carter and his wife, former First Lady Rosalynn Carter, have not only witnessed pivotal moments in U.S. history, they’ve also played a role in shaping that history.

You’re probably familiar with some of the most well-known facts about Carter’s life and political career, but how well do you know the only U.S. president born in Georgia?

Jim and Will Pattiz's documentary Carterland tells the untold story of former President Jimmy Carter's time in the White House.

Here’s some trivia to test the knowledge of history buffs. Each question in bold is followed by an answer in paragraph form, be careful not to scroll too quickly:

How old is Carter turning today?

He’s not only the oldest-living U.S. president, but he’s also the longest-living of the United States' 46 presidents.

Where was Carter born?

His family were farmers where he grew up in nearby Archery. Plains still is a farming town, chiefly in producing peanuts.

Carter’s military services took him away from Plains, but he returned years later to establish businesses there with his future wife, Rosalynn.

What branch of the military did Jimmy Carter serve in?

Carter attended both Georgia Southwestern College and the Georgia Institute of Technology, but he received a bachelor’s of science degree from the United States Naval Academy in 1946.

Carter served on submarines in the Pacific and the Atlantic. Carter studied reactor technology and nuclear physics after he was appointed to the navy’s nuclear submarine program.

His victory was after he launched a losing campaign in 1966.

Carter’s career in state politics began as a Georgia Senator. He won a seat during the 1962 election.

Who was Jimmy Carter’s opponent in the 1976 presidential election?

Carter was up against incumbent Gerald R. Ford, who inherited the presidency after Richard M. Nixon resigned in the aftermath of the Watergate scandal.

He won the presidential election by sweeping most of the Southeast and tallying 297 electoral votes.

A slogan on one campaign button leaned into the peanut farmer’s past: "I’m nuts about Jimmy Carter for bicentennial president."

Who was Jimmy Carter’s vice president?

Walter Mondale served as Carter’s vice president. He was famously the first Vice President to have a White House office.

Mondale died at the age of 93

in April. He crafted a letter that was sent to his team upon his death.

"Never has a public servant had a better group of people working at their side."

His administration was plagued by rising energy costs, mounting inflation, and continuing tensions with foreign entities

. Carter’s administration oversaw an increase of nearly 80 million jobs, but inflation and interest rates caused a short recession. It damaged his popularity.

Who was Carter’s opponent for re-election?

Reagan won just over 50% of the popular vote, but his electoral college victory was less contested: 489 to 49.

Almost all of the southern states that backed Carter in 1976 turned for Reagan in 1980. All except his home state of Georgia.

How many years have Jimmy and Rosalynn Carter been married?

Jimmy and Rosalynn Carter celebrated a milestone anniversary of 75 years.

Carters' marriage is the longest for a presidential couple.

"Every day there needs to be reconciliation and communication between the two spouses," the former president said. "We don’t go to sleep with some remaining differences between us."

How many children do the Carters have?

Jimmy Carter is the longest-living US president, who’s the second?

After that would be none other than the man Carter defeated in his first bid for president, Gerald R. Ford. Ford was 93 years 165 days old when he died on December 26, 2006.