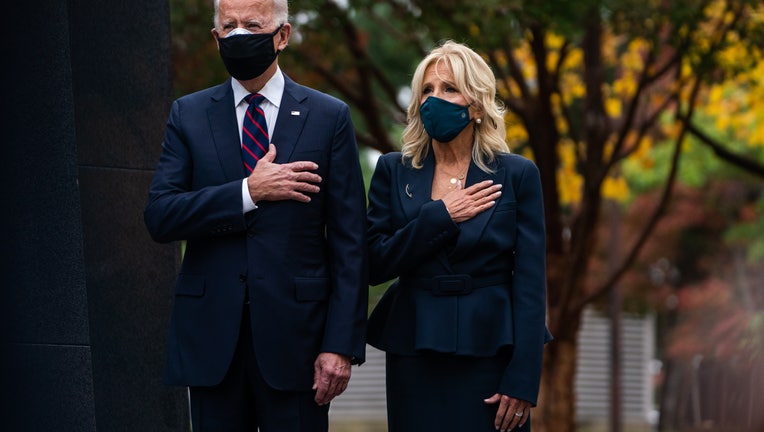 “That is what she would like to see. We have often talked about community colleges as the unsung heroes,” Martha Kanter, the under secretary of education in the Obama administration, told the news outlet.

Biden has two master's degrees and a doctorate in education from the University of Delaware.

She continued to teach at a community college while her husband was vice president and she intends to continue as the first lady.

MORE NEWS: Incoming cold front will drop temperatures even more, into the 30s and 40s

"Teaching is my life’s work," she said through her spokesperson on Twitter Saturday.

"I teach because I love seeing the difference that I hope to make in my students’ lives. My goal is to always give them confidence in their own abilities because I know confidence will carry them well beyond my classroom in whatever they do."

Dealing with the $1.6 trillion student debt that currently exists and reforming higher education has become a priority of lawmakers in recent years.

But the Biden administration may feel pressure from the left flank of the Democratic Party to do much more than just implement debt-free community college.

Sen. Elizabeth Warren, D-Mass., and other top Democrats are pushing Biden to immediately use executive orders to cancel some student debt when he is inaugurated next month.

"All on his own, President-elect Biden will have the ability to administratively cancel billions of dollars in student loan debt using the authority that Congress has already given to the Secretary of Education," the two-term senator told Jerome Powell during a Senate hearing.

"This is the single most effective economic stimulus that is available through executive action."

Warren introduced a resolution in September with Senate Minority Leader Chuck Schumer that outlines a plan for the next president to cancel up to $50,000 per borrower in student debt.

Biden said last month that he thinks $10,000 per borrower of student debt should be forgiven, but an official close to the president-elect previously told Fox News that it should happen through congressional action instead of an executive order.

"The coronavirus pandemic has presented challenges for many students and borrowers, and this temporary pause in payments will help those who have been impacted," Secretary of Education Betsy DeVos said in a statement Friday.

"The added time also allows Congress to do its job and determine what measures it believes are necessary and appropriate. The Congress, not the Executive Branch, is in charge of student loan policy."