Jewelry thief busted by cop who stopped to help him

A Michigan police officer stopped to help a driver with a blown tired. It just so happened that the man was headed home from a jewelry heist and had a vehicle full of stolen items.

TAYLOR, Mich. (FOX 2) - When a Brownstown Township police officer stopped to help with a blown tire last month, the driver was acting a bit suspicious

"The front right wheel was gone, rotor included," Officer Kyle Tolliver said. "I could tell he was nervous. He was upset. He was trying to get someone to pick him up quick."

Tolliver asked if he could look around inside the vehicle.

"I asked him for consent to search the vehicle, and he gave me consent without any issues. I told him to sit in my car because it was cold that day," he said.

While checking the trunk, he found a clue as to why the driver was so nervous.

"Way in the back of the trunk I could see a little receipt sticking out with JC Penney on it," Tolliver said. "He stated he doesn’t know where it came from – the old red flag I’m sure. That’s when I realized this isn’t just a motor assist, this is something more."

It was something more – the driver had about $75,000 worth of jewelry in his vehicle.

"I'm thinking, jackpot we got him," Tolliver said. "Somebody doesn't just drive around with over 60 pieces of jewelry."

Police said the driver was on his way back from a heist in Taylor when his tire blew. He snipped the locks off a UPS truck docked at Southland Mall and stole jewelry JC Penney and Macy's had sent out for repair. 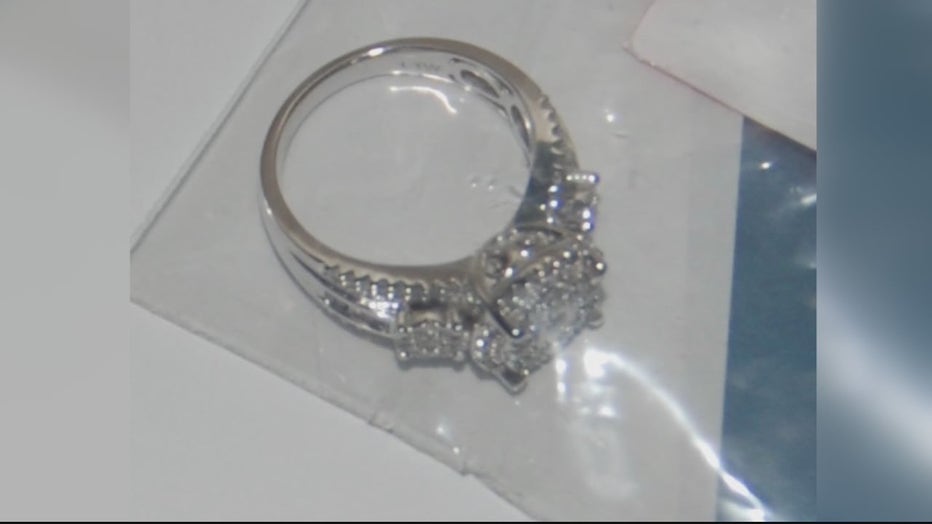 The Brownstown Township Police Detective Bureau took over the case to get the jewelry returned to its owners, including an engagement ring for a wedding coming up this weekend.

"Some of the other jewelry you could tell was sentimental, some of them were chain pendants that said ‘Mom,'" said Det./Lt. Andrew Starzec, with Brownstown Township Police

Tolliver said he's just happy he could help get people their sentimental jewelry back.

"If anything, that's what I'm most proud about is getting these families their, these could be priceless heirlooms, so getting them back to the rightful owners, " he said.

Police handed their investigation over to the Wayne County Prosecutor's Office. Charges are likely.