While trying to help the girl and her dog who had fallen through the ice, two good Samaritans also fell into the frigid Rock River on Tuesday.

JEFFERSON, Wis. - A 12-year-old girl fell through thin ice while walking her dog in Jefferson on Tuesday night, March 2.

The Jefferson Fire Department chief said the girl is very lucky that people saw her go into the water and called 911.

The Rock River is a place that can be both beautiful -- and bitter. It proved to be the latter on Tuesday evening.

Just as the sun started to set in Jefferson, a walk turned scary when the ice the 12-year-old and her dog stepped on cracked beneath them. They both fell into the water.

"I was back here behind the bar and a lady came out screaming," said Matt Fay with Heron's Landing. 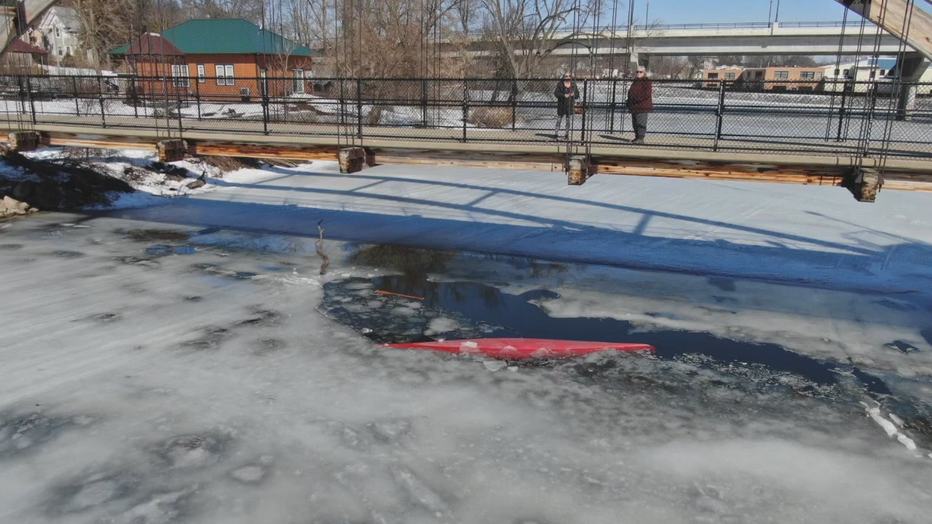 People from the restaurant ran to help. Two good Samaritans grabbed a nearby canoe and tried to pull the girl from the frigid water.

Fay called 911 and watched from the water's edge.

"She was pretty frightened, panicked," May said.

When first responders arrived, the canoe had capsized; officials quickly jumped into action. 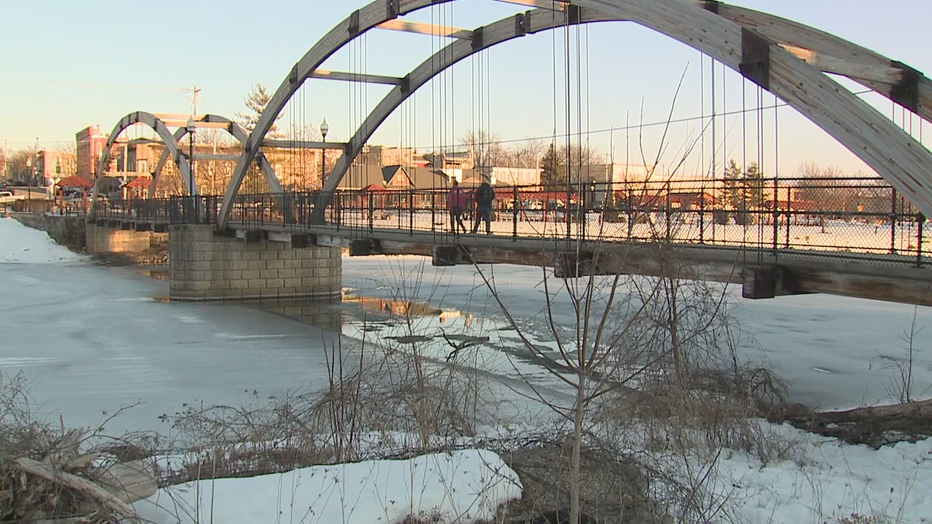 "When I arrived there was one man still in the water, the young lady was on the ice and the other gentleman was also laying out on the ice," Wegner said.

Rescue crews were able to pull all three people and the dog from the water with throw bags and harnesses. It's a situation, Wegner said, that could have ended differently.

"Could’ve been some catastrophic events last night," said Wegner. "Very easily could’ve had three individuals that we would’ve been diving for."

It's a fortunate outcome that comes with a warning about the dangers that are sometimes not easily seen from the surface.

"Stay off the ice. Everyone thinks that the ice is still good -- it’s not," Wegner said.

The girl was taken to the hospital to be checked out and is expected to be OK.

An early spring is a high possibility for Wisconsin

Warmer than average temperatures are favored through the mid-portion of March and favors the potential for early spring flowers to emerge sooner than 2020.

Even though the end of Winter is nearing, The Corners in Brookfield still wants you to get cozy and enjoy some great food.