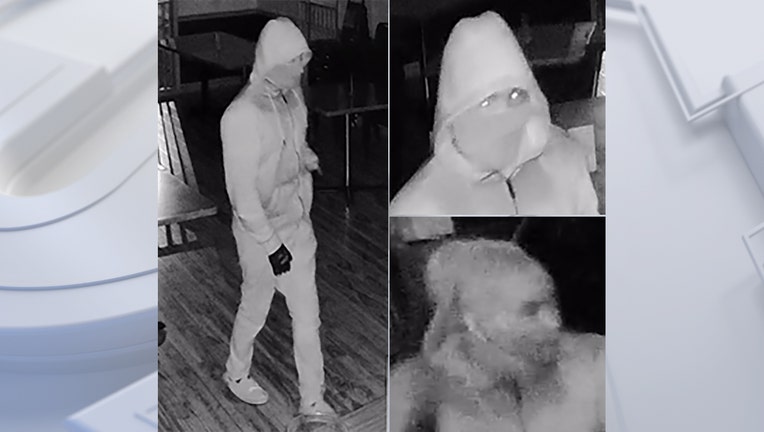 JEFFERSON COUNTY, Wis. - The Jefferson County Sheriff's Office is investigating a Wednesday morning burglary at Crawfish Junction – and has asked for the public's help identifying the suspect.

Officials said the burglary happened around 4:30 a.m. on March 9 at the restaurant on County Highway A just east of the Craw Fish River. The suspect allegedly threw a chunk of asphalt through a window, so he could reach in and unlock the door.

The sheriff's office described the suspect as 5 feet, 9 inches tall with an athletic build. He was carrying a hammer. The suspect vehicle was described as small, gray, two-door car that had parked down the road from Crawfish Junction.

Anyone with information is asked to contact the sheriff's office at 920-674-8624 or email kevind@jeffersoncountywi.gov.