Kuester, 31, faces the following charges: three counts of first degree intentional homicide, burglary of a building or dwelling and operating a motor vehicle without the owner’s consent. 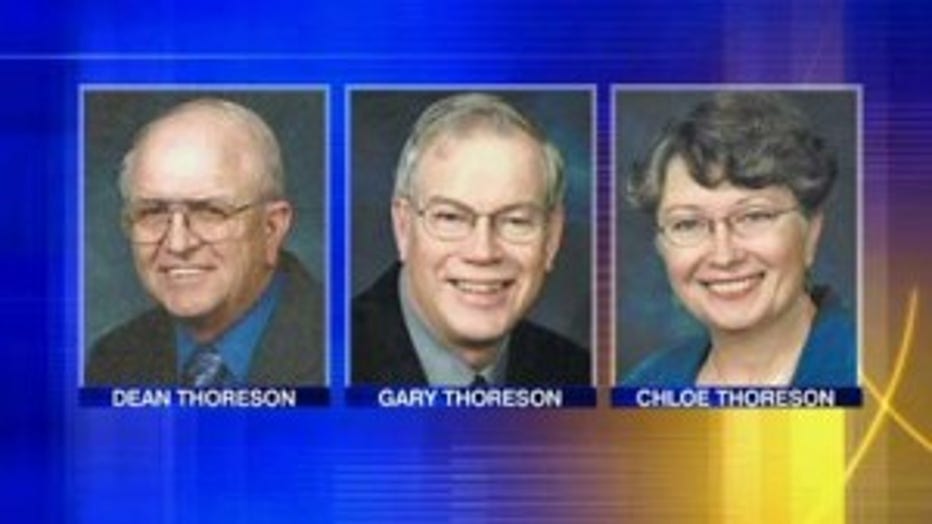 Kuester has been charged in the death of 70-year-old Gary Thoreson, his wife, 66-year-old Chloe Thoreson and his brother, 76-year-old Dean Thoreson. The three were found dead inside a home in rural South Wayne, Wisconsin.

In court on Monday, Kuester sat with his head down as Detective Joseph Thompson took the witness stand.

Thompson testified that he first made contact with Kuester the night of April 26th. Police found Kuester at a Waukesha apartment complex where his father lives. Outside, they found a vehicle registered to one of the victims.

During an interview the day after the bodies of Dean, Gary and Chloe Thoreson were discovered, police say Kuester confessed to the crime.

"He indicated that he struck the individuals with a poker and that he used a knife on the female individual as well as a poker," Thompson said in court Monday.

Police say Kuester, who has a history of mental illness, had just been bailed out of jail in Waukesha. He was driving west the night before the slayings, and told investigators he pulled over in neighboring Green County because he thought people were following him. He then took off his clothes and started running.

"He indicated it was rough terrain and he had to swim a river on two occasions," Thompson said.

The lone testimony was enough to convince the judge there was probable cause Kuester committed the crimes, and it was determined Kuester will stand trial in the case.

Kuester is being held on $3 million bond. He is expected to enter his plea to the charges against him on Monday, June 3rd.