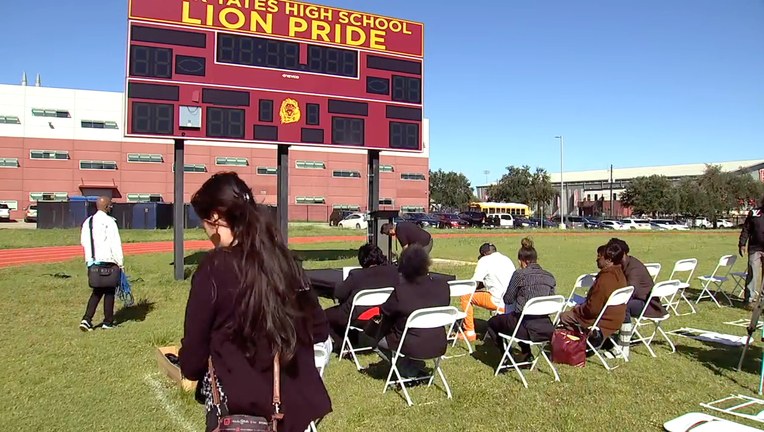 HOUSTON - The high school field where George Floyd once played, is being named in his honor Thursday afternoon.

Yates High School has honored Floyd in several ways, including with a crimson and gold Black Lives Matter mural on Alabama Street in front of the school.

The school is named after Reverend Jack Yates, a former slave who is a huge part of Houston’s history.

After learning how to read, write, and do arithmetic at a time when it was illegal for blacks to do so, Yates also taught other black people. He went on to open the city's first black church Antioch Missionary, opened a school for blacks, and more, leaving behind quite a legacy.

It’s fitting for a school to carry his name because Yates not only learned to read, write, and do arithmetic at a time when it was illegal for black people to do so, he also taught other black people.