PORT WASHINGTON -- Two suspects were taken into custody Monday, May 21 after a man, 18, was shot during an attempted carjacking Sunday night in downtown Port Washington.

Police said the first was arrested shortly before 11 a.m. He is a man, 21, who was taken into custody without incident. He was arrested while walking near an apartment -- after police learned the suspects may have been hiding there.

The second suspect was taken into custody just after 2 p.m. He is a man, 26, arrested when the Ozaukee County Sheriff's Special Response Team made entry to that apartment. A female occupant was also detained for questioning. A flash bang was used to gain access to the apartment.

"They received no response to phone calls or knocks at the door and so forth," said Captain Mike Keller with the Port Washington Police Department.

The suspects are from Milwaukee.

Police said a weapon was recovered matching the description of that used in Sunday night's shooting when a search warrant was executed at the apartment late Monday afternoon.

Law enforcement from Port Washington and Ozaukee County were back on the scene near Pier and Franklin on Monday afternoon -- and police confirmed that response was related to the shooting of the teenager downtown Sunday night.

A FOX6 News crew on scene indicated law enforcement appeared to be focused on an open doorway -- with the area near Pier and Franklin blocked off by police tape. This, after our crew reported hearing a loud explosion near the Port Washington Police Department. They went to check it out and found officers wearing tactical gear with shields and rifles drawn, surrounding the back of the building downtown. 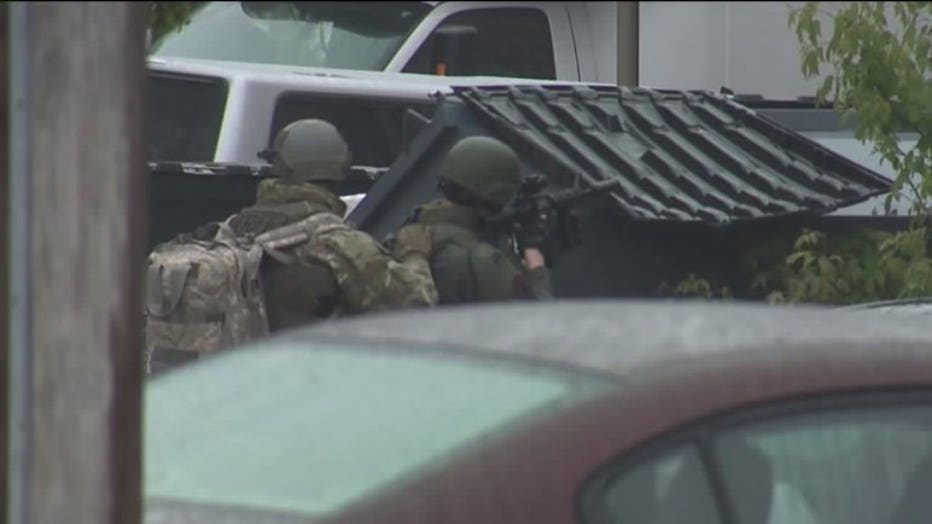 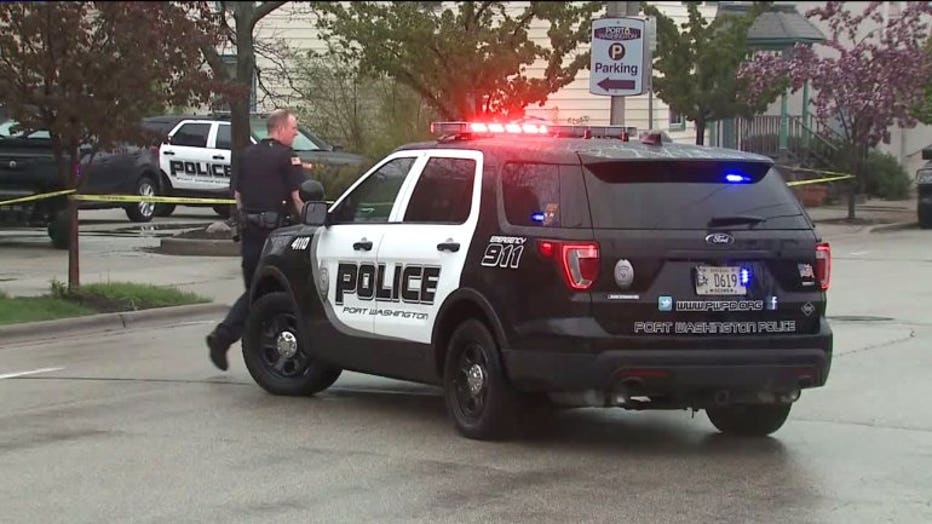 FOX6 News has obtained the 911 call placed by the shooting victim in this case, who said two men tried to steal his car while he was parked. As he pulled away, shots rang out.

You can listen and/or read the transcript below:

Dispatcher: "911 what is your emergency."

Dispatcher:  "I need your location."

Victim: "I’m by the bar that’s in Port Washington."

Dispatcher: "They shot you in your car?"

Dispatcher: "What city are you in?"

Dispatcher: "What type of vehicle are you in?"

Dispatcher: "We’ve got people on the way. Just stay on the line with me. Was the shot accidental? I need you to talk to me."

Victim: "I’m bleeding everywhere ma'am. I got shot in the arm."

Dispatcher: "Where are you shot?"

Victim: "I’m bleeding out. Oh my God. I need to call my mom and dad. It was outside my house."

The shooting happened late Sunday night, May 20. The victim, a Port Washington man, 18, was airlifted to a Milwaukee hospital for treatment.

According to police, around 10:30 p.m. the victim reported to police that he had been shot by two males near the intersection of Franklin and Main in downtown Port Washington. 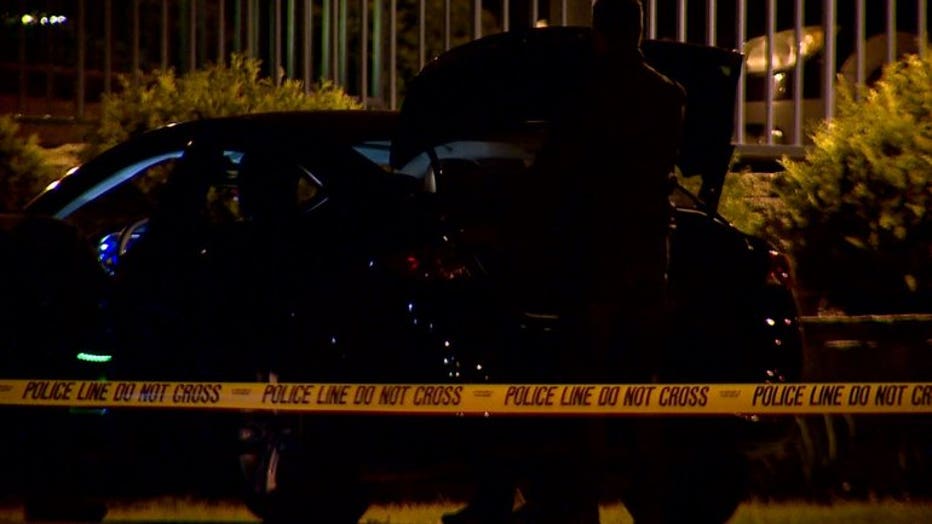 A preliminary investigation revealed that the victim was seated in his vehicle on Main when he was approached by the two suspects who ordered the victim from his vehicle. One suspect fired a handgun at him multiple times.

The victim was struck at least once in the chest. The victim drove himself to the Port Washington Police Department -- seeking assistance. 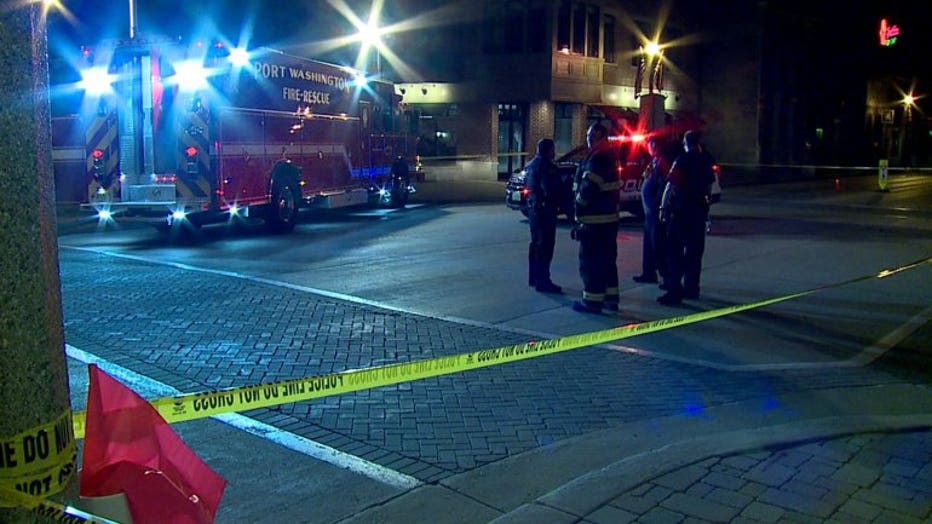 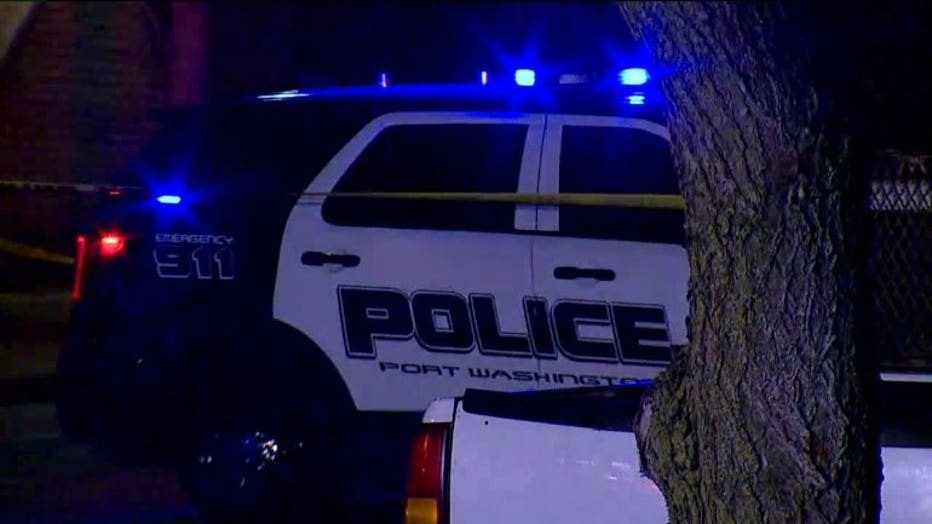 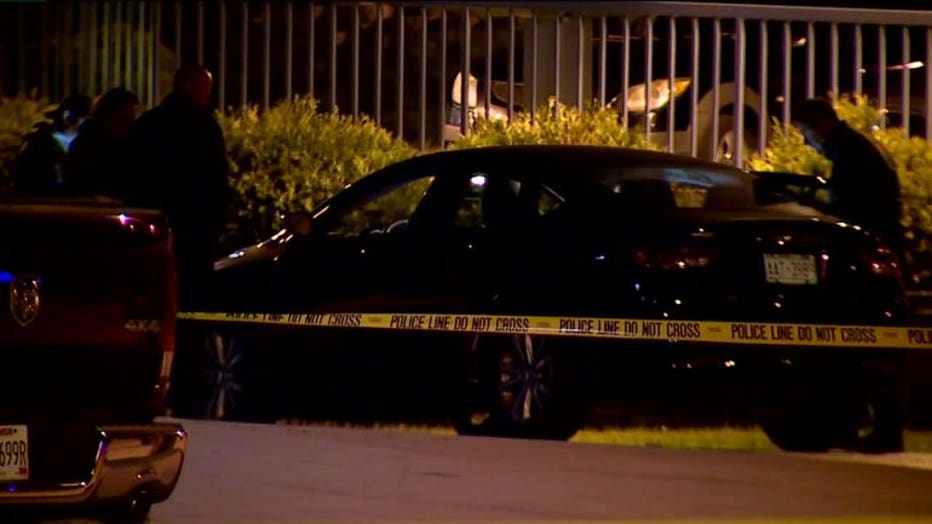 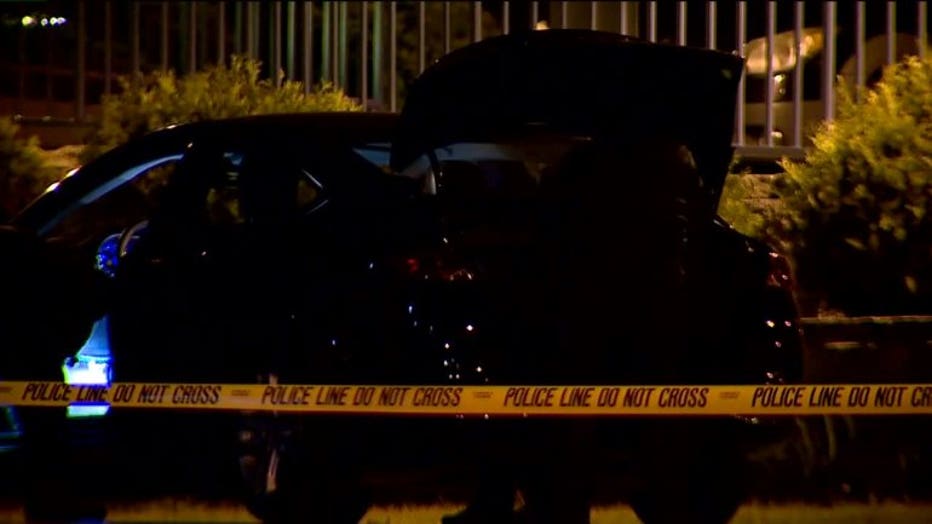 Both suspects fled the scene on foot. The victim was treated by EMS and transported by ambulance to a hospital for treatment.  He was later air-lifted to a Milwaukee hospital for further treatment.

Merton Lueptow, who owns the Shops of Port Washington, near the shooting scene said a situation like this is rare in the normally quiet community.

"Very little crime. It surprised me very much to hear on the news this morning something had happened here. Sometimes we close the books or want to take care of something we haven't had time to take care of during the day. We've been here at 10:30 at night a number of times. I'm glad we weren't down here when it was happening," said Lueptow.

FOX6 News asked Port Washington police when the last time something like this happened, and they couldn't recall. 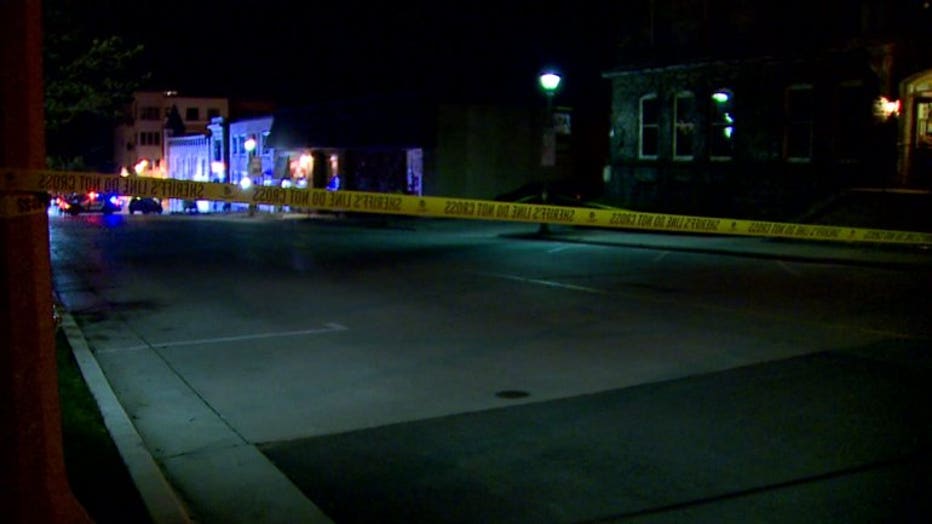