MILWAUKEE -- When Fred Abu-Hamdan opened convenience stores on Milwaukee’s north side, he knew it would consume his life, but what he did not know was that one day he would lose his life at his store. 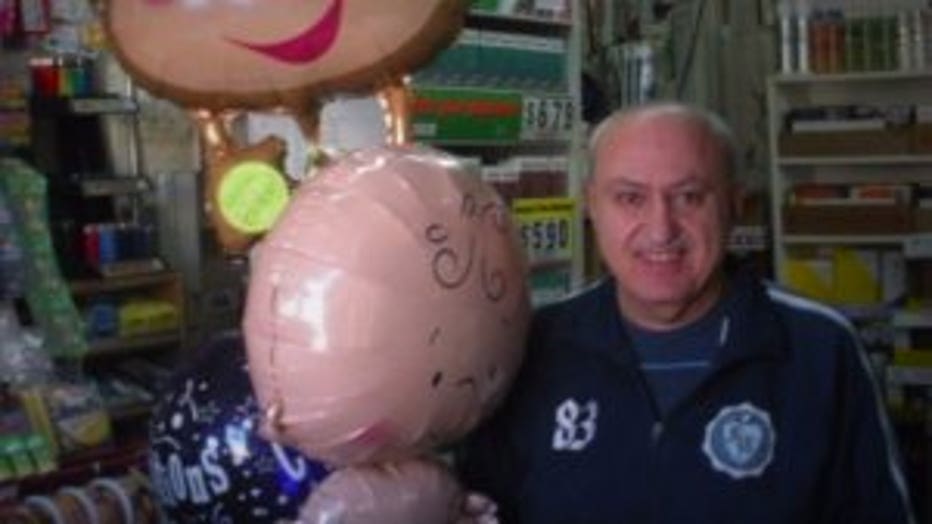 “That was his dream,” said Sam Abu-Hamdan, his son. “He wanted to have his own business, do his own thing.”

Fawzi Abu-Hamdan was from the country of Lebanon. He moved to the United States when he was about 18 to go to college. He met his wife, and the two got married, growing their family in Milwaukee in the 1980s. Everyone began calling him “Fred.”

From early on, Sam remembered his father working long hours seven days per week, but with good reason. 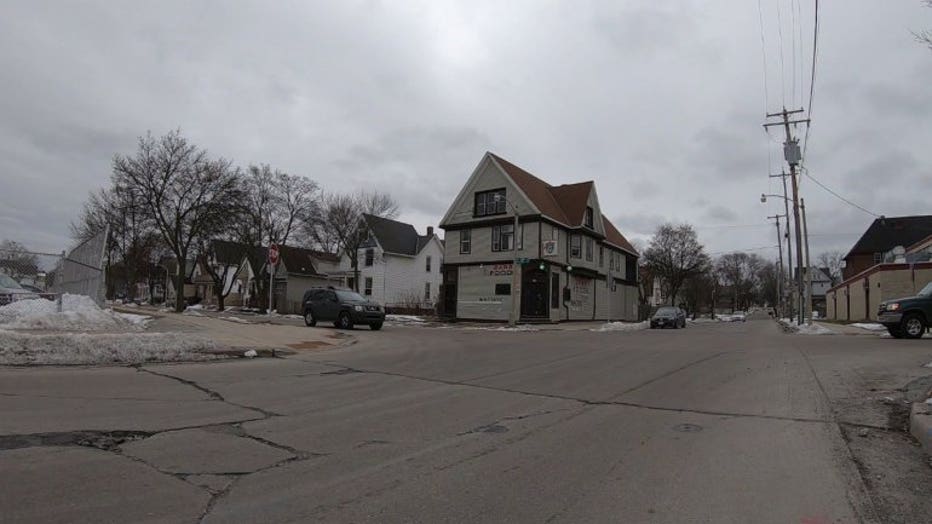 “He was always working really hard to support us,” said Sam Abu-Hamdan. “He was all for working hard so he could retire with my mother.” 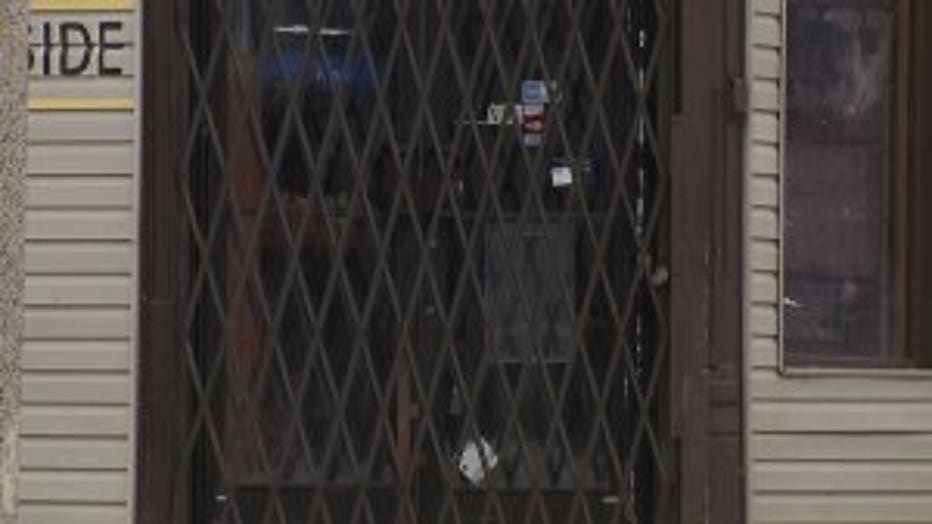 By the time he reached his 50s, Abu-Hamdan had one store left at 32nd and Brown. His son worried about his father from time-to-time, given experiences he had already gone through.

“I still knew it was dangerous, at times," said Sam Abu-Hamdan. "He had a couple robberies happen."

‘We talk about my dad all the time, but not what happened’

“He was a great man to the community,” one customer remarked in 2012. “He helped take care of us.”

After 25 years in the industry, Abu-Hamdan knew the customers he wanted to keep – and those he didn’t. 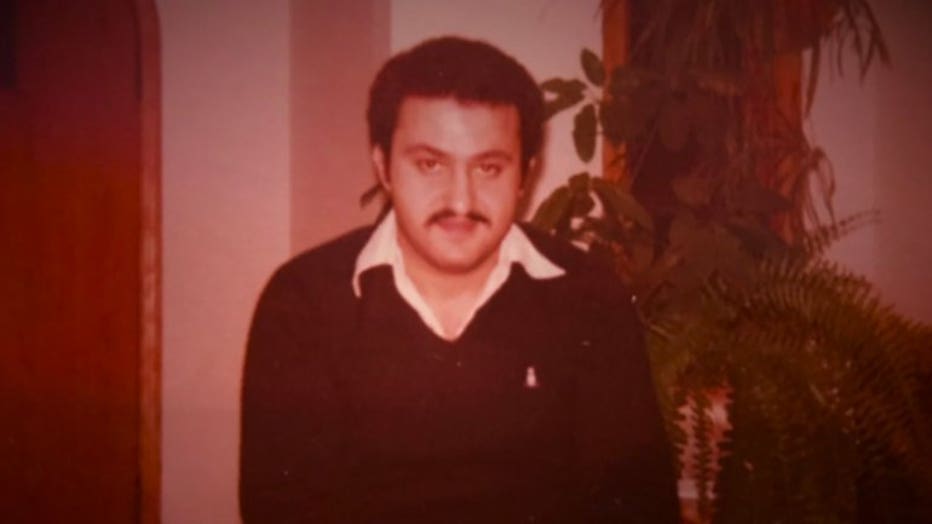 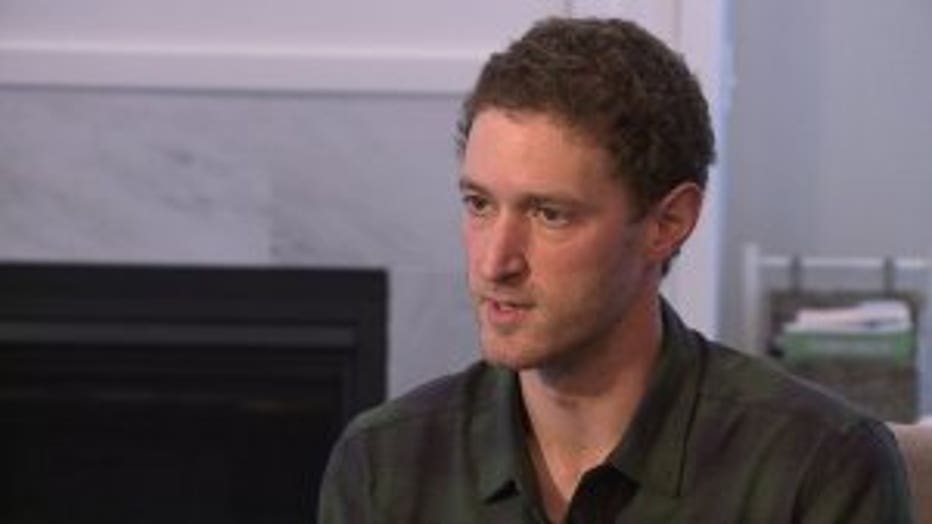 “We didn’t have any closure at the time,” said Sam Abu-Hamdan. “We didn’t know what the reasoning was.”

Around 9 p.m. on a Friday, surveillance from outside the corner store showed two men casing the property. They passed by the front of the business, looked in, and had a brief conversation before one man in a mask entered first. The second was armed with a gun.

“That person places his hand in the air and fires a round into the ceiling,” said Milwaukee Police Cold Case Det. James Hutchinson. “Then, directly points the gun at the victim, and makes some kind of demand.” 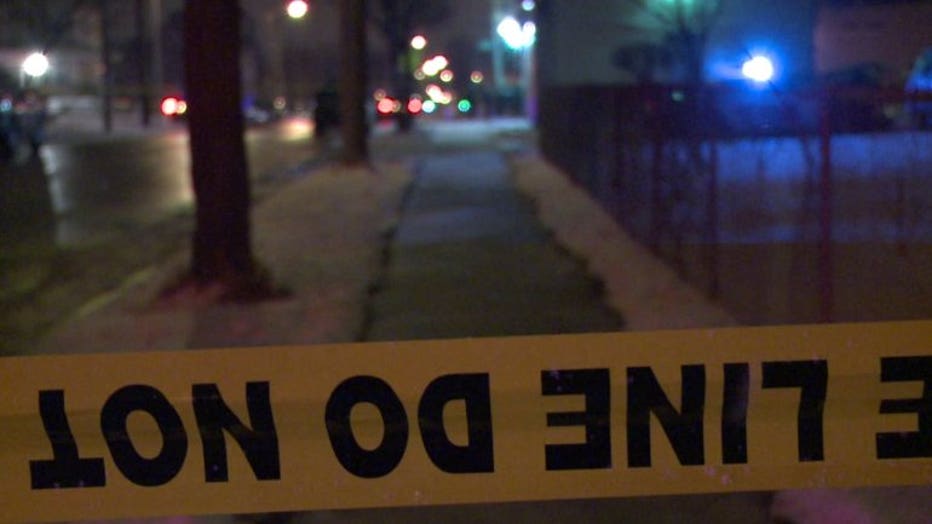 “This was a small-caliber weapon that passed through the victim’s hand before it struck him in the chest,” said Det. Nathan Butz. “It just happened to be placed in a spot that the victim couldn’t recover from.”

Operator: “I’m getting an ambulance on the line. Don’t hang up.” 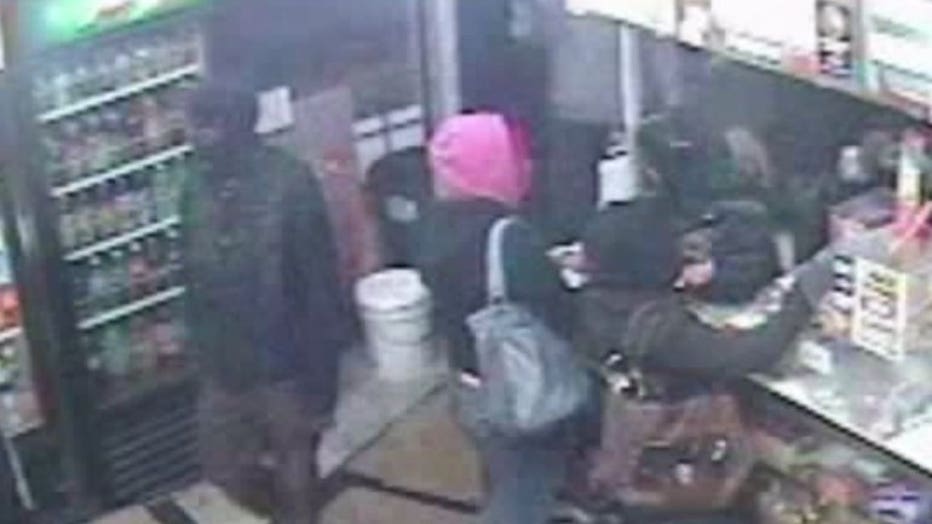 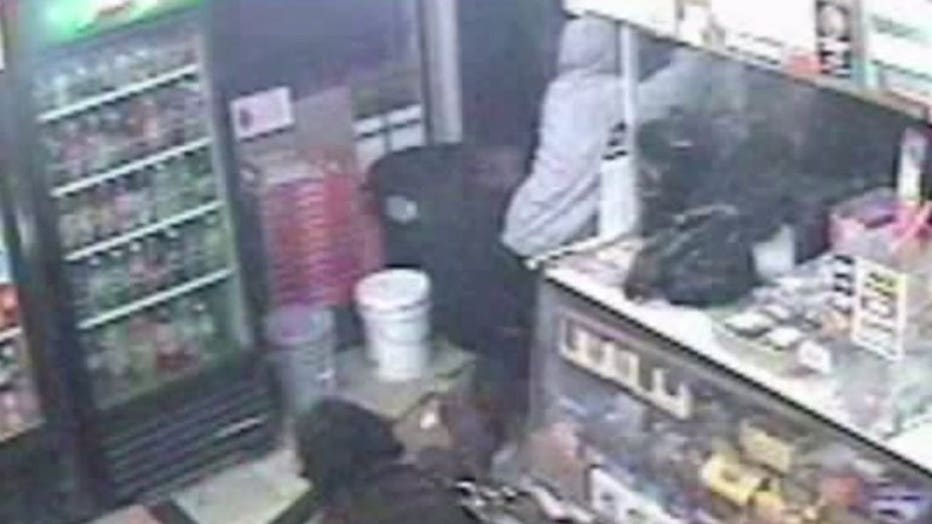 “The fact that they went in, knowing how many people and children were in the store when they did this, shows us that they didn’t care who they were going to affect,” said Butz. 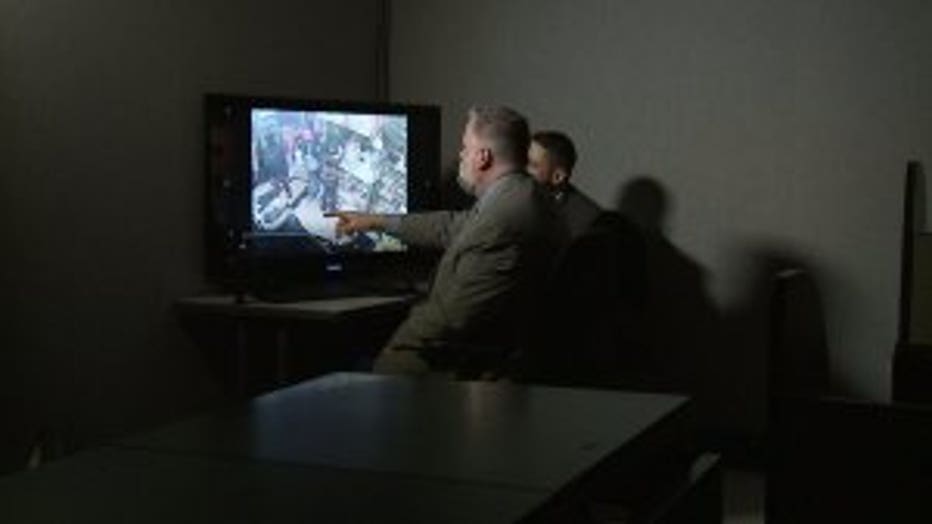 Based on the first shot into the ceiling, detectives believe it may have been a robbery gone wrong.

“The fact that the victim had that defensive wound on his hand could show that he was reaching for the gun, and there could have been some type of panic or reaction based on that,” said Hutchinson. “Something happened that prompted him to pull the trigger a second time.”

Since that night, detectives have received numerous tips, but nothing that has led to charges.

“A lot of our cases, people are not as cooperative,” said Hutchinson. “This case, people were cooperative. People came forward. People tried. Fred was well-liked in the community.”

Detectives believe someone will recognize the people in the video from that cold night in 2012 -- video Sam Abu-Hamdan chooses not to watch. 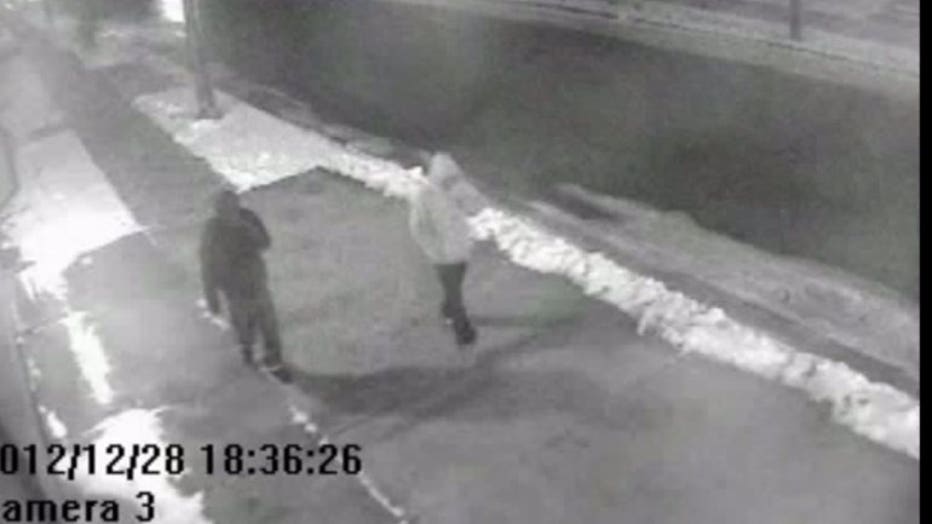 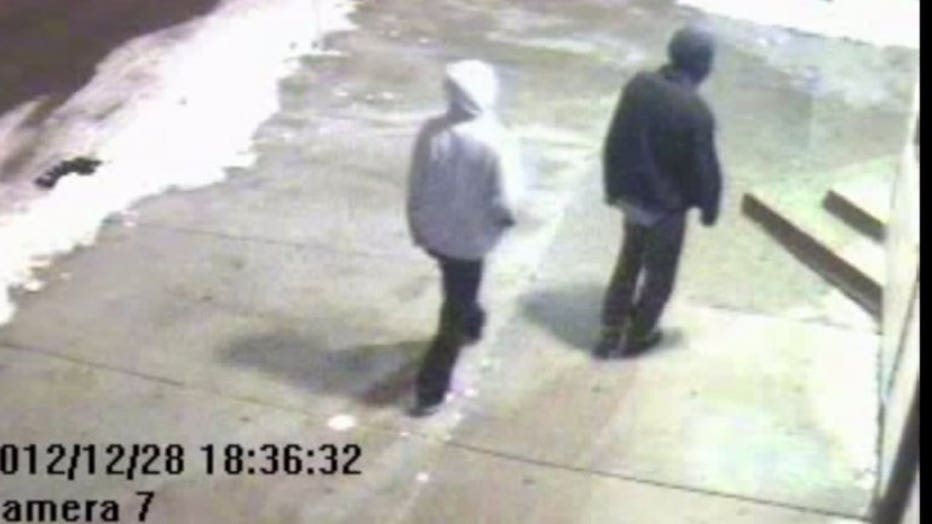 But he believes the video could lead to whoever did this. 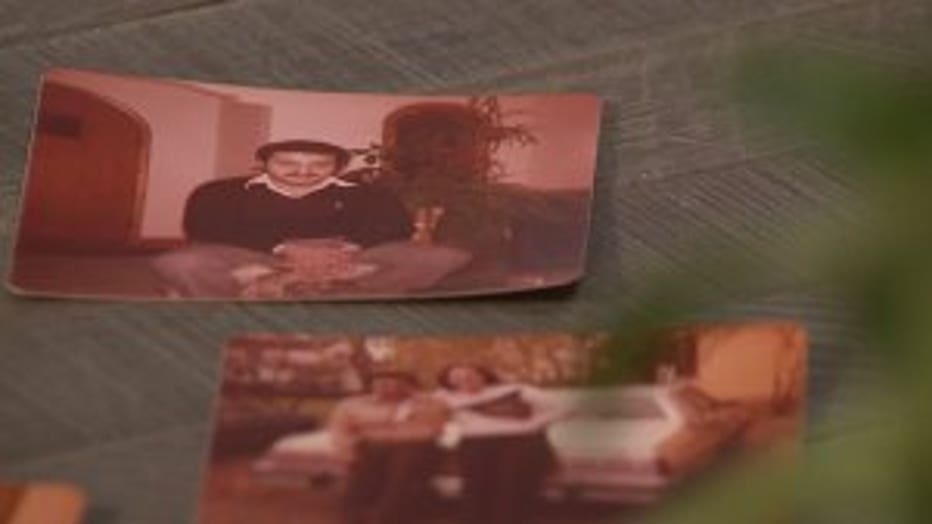 With the memory of his father still alive, Sam Abu-Hamdan and his wife have found two new reasons to believe in the miracle of life. He and his wife are expecting twins.

“I’m having two boys,” said Sam Abu-Hamdan, with a smile. “The first boy, the oldest boy is supposed to have my middle name, but I’m going to give it to my dad instead.”

His baby boy who will carry on his grandfather’s name, as detectives work to find an ending to his story.

“I think he’d be proud of it because he would have loved them a lot,” said Sam Abu-Hamdan.

If you have information that could help with this investigation, please contact MPD's Cold Case Unit at 414-935-7360.